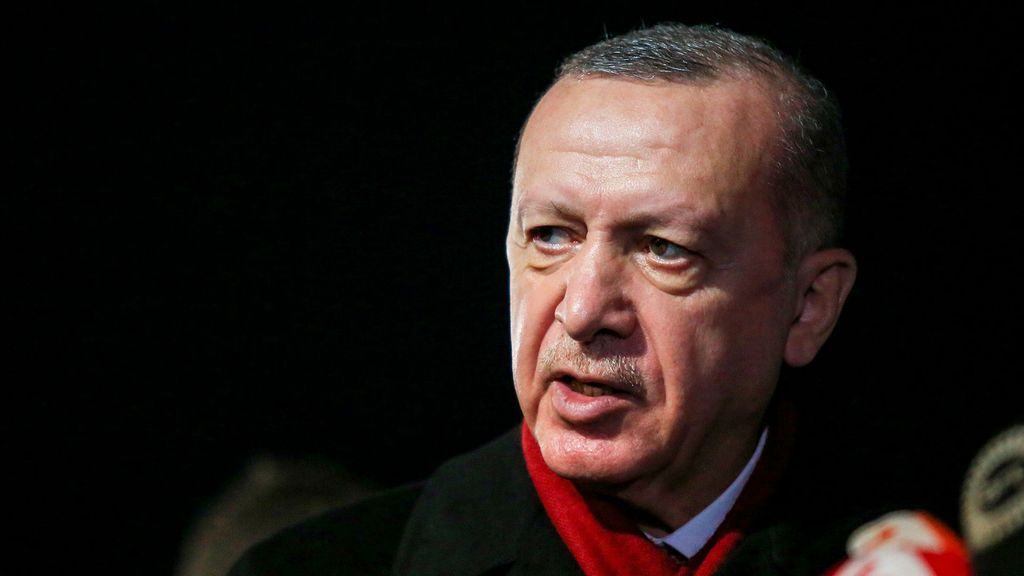 Recep Tayyip Erdogan, president of Turkey, called on the other countries of Europe to take responsibility for Afghans fleeing the Taliban. (Alexis Mitas/Getty Images)

ANKARA, Turkey — Recep Tayyip Erdogan, president of Turkey, called on the other countries of Europe to take responsibility for Afghans fleeing the Taliban. He also stated that Ankara has no obligation to be a “Europe refugee warehouse.”

Thousands have flocked to Kabul airport in a bid to flee and find themselves trapped without any means to escape. Erdogan’s remarks come as desperate Afghans attempt to leave the Taliban-led country.

“Europe, which has become the center of attraction for millions of people, cannot stay out of this problem by closing its borders to protect the welfare of its citizens,” said Erdogan.

“With this attitude, Europe is turning its back on human values.”

Erdogan said that about half of the “irregular” migrants Turkey has registered are from Afghanistan in the last three years.

Since 2015, the country has been facing a recurring refugee crisis. Syring refugees have entered the country in large numbers to leave the conflict zone and have a decent life.

In a pre-recorded televised address on Aug.16, Macron said that “the destabilization of Afghanistan also risks leading to irregular migratory flows towards Europe.”

“We must anticipate and protect ourselves against major irregular migratory flows that would endanger those who use them and feed trafficking of all kinds,” said Macron.

Several international organizations have urged countries to act quickly to safeguard those at risk in Afghanistan, urging them to expedite visas, provide emergency evacuation, offer resettlement, and cease all deportations to Afghanistan.

Meanwhile, several European countries have signaled that they will not allow Afghan refugees in their country.

“Our country will not be a gateway for a new wave of refugees,” said Notis Mitarachi, Immigration Minister of Greece.

German Chancellor Angela Merkel said her country might have to evacuate up to 10,000 people in a closed government meeting, including local staff and activists and those at risk from Taliban reprisal.

Afghans have lodged the second-highest number of asylum applications in the European Union, just below Syrians since 2018.

Greece has erected a 25-mile fence and installed a new surveillance system to prevent the influx of Afghan refugees from the Turkish border, a media report said on Aug. 21.

“Our borders will remain safe and inviolable. And we will not allow any indiscriminate inflow of refugees,” said Michalis Chryssochoidis, Greek Public Order Minister.

Defence Minister Nikos Panagiotopoulos also said that the Greek fence along the shallow Evros river that separates the country from Turkey is just a bigger plan pieced together by authorities further to shield the country against a new migration crisis.

“We are on alert, but Greece will continue to protect itself from any threat,” he said.