Bacteria known as group B Streptococcus are a common cause of blood infections, meningitis, and stillbirth in newborns.
By Zenger News Desk August 23, 2021
Facebook
Twitter
Linkedin
Email 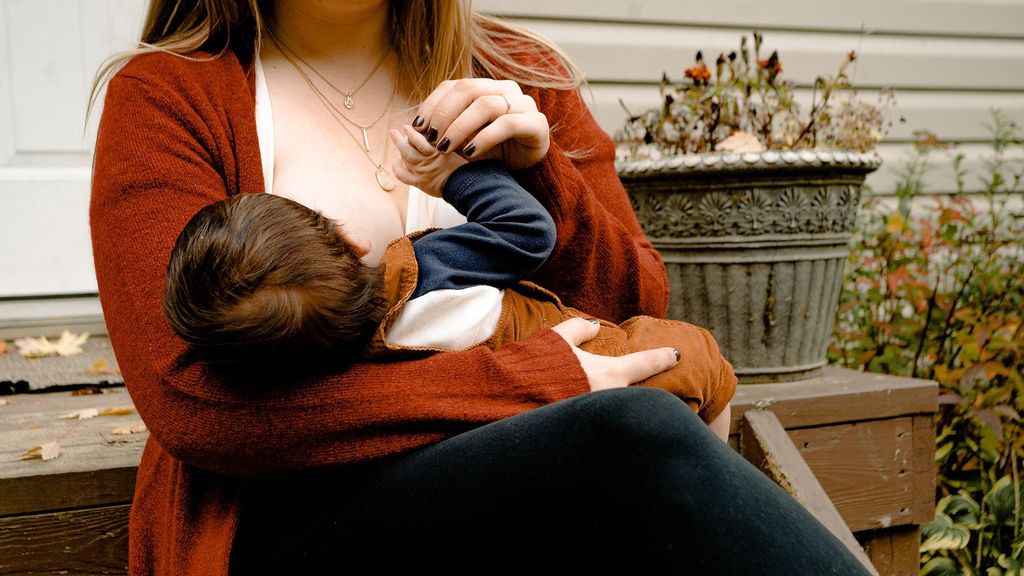 (Representative image) Researchers have discovered that human milk oligosaccharides (HMOs)- short strings of sugar molecules abundant in breast milk- can help prevent GBS infections in human cells and tissues and in mice. Someday, HMOs might be able to replace antibiotics for treating infections in infants and adults, they say. (Wendy Wei/Pexels)

WASHINGTON — Blood infections, meningitis, and stillbirth in newborns are common causes of the bacteria known as group B Streptococcus (GBS).

However, GBS infections can often be treated or prevented with antibiotics, and the bacteria are becoming increasingly resistant.

Someday, HMOs might be able to replace antibiotics for treating infections in infants and adults, they say.

The researchers will present their results at the fall meeting of the American Chemical Society (ACS). ACS Fall 2021 is a hybrid meeting held virtually, and in-person Aug. 22-26, and on-demand content will be available Aug. 30-Sept. 30.

The meeting features more than 7,000 presentations on a wide range of science topics.

“Our lab has previously shown that mixtures of HMOs isolated from the milk of several different donor mothers have antimicrobial and antibiofilm activity against GBS,” said Rebecca Moore, who is presenting the work at the meeting.

“We wanted to jump from these in vitro studies to see whether HMOs could prevent infections in cells and tissues from a pregnant woman and in pregnant mice.”

As per the US Centers for Disease Control and Prevention, about 2,000 babies in the U.S. get GBS each year, and 4-6 percent of them die from it.

The bacteria are often transferred from mother to baby during labor and delivery.

An expectant mother who tests positive for GBS is usually given intravenous antibiotics during labor to help prevent early-onset infections during the first week of life.

Interestingly, the incidence of late-onset infections (which happen from one week to three months after birth) is higher in formula-fed than breastfed infants, which suggests that factors in breast milk could help protect against GBS.

If so, the sugars could perhaps replace antibiotics, which, in addition to killing beneficial bacteria, are becoming less effective because of the rise in antibiotic resistance.

The researchers studied the effects of combined HMOs from several mothers on the GBS infection of placental immune cells (called macrophages) and the gestational membrane (the sac surrounding the fetus).

“We found that HMOs were able to completely inhibit bacterial growth in both the macrophages and the membranes, so we very quickly turned to look at a mouse model,” Moore said.

They examined whether HMOs could prevent a GBS infection from spreading through the reproductive tract of pregnant mice.

To determine which HMOs and other oligosaccharides have these antimicrobial effects and why, the researchers set up an artificial two-species microbiome with GBS and the beneficial Streptococcus salivarius species growing in a tissue culture plate, separated by a semi-permeable membrane.

In the absence of sugar, GBS suppressed the growth of the “good” bacteria, but GOS helped this beneficial species grow.

“We concluded that GBS is producing lactic acid that inhibits growth, and then when we add the oligosaccharide, the beneficial species can use it as a food source to overcome this suppression,” Moore said.

Somewhat surprisingly, the first HMOs they’ve tested in the system did not have this effect. Still, Townsend said that one or more of the over 200 unique sugars in human milk would likely show activity in the artificial microbiome assay.

The team plans to find out. The reason HMOs can treat and prevent GBS infection is likely two-fold, the researchers say: They act as an anti-adhesive by preventing pathogens from sticking to tissue surfaces and forming a biofilm, and they could act as a prebiotic by supporting the growth of good bacteria.

“HMOs have been around as long as humans have, and bacteria have not figured them out. Presumably, that’s because there are so many in milk, and they’re constantly changing during a baby’s development,” Townsend said.

“But if we could learn more about how they work, it’s possible that we could treat different types of infections with mixtures of HMOs, and maybe one day this could be a substitute for antibiotics in adults, as well as babies.”

The researchers acknowledge support and funding from the National Science Foundation.

The American Chemical Society (ACS) is a nonprofit organization chartered by the U.S. Congress. ACS’ mission is to advance the broader chemistry enterprise and its practitioners for the benefit of Earth and all its people.

ACS’ main offices are in Washington, D.C., and Columbus, Ohio.