Afghan Women Journalists Say They Are Now Being “Barred” From Working

Taliban spokesperson Zabihullah Mujahid assured that the group is committed to providing women with their rights based on Islam. 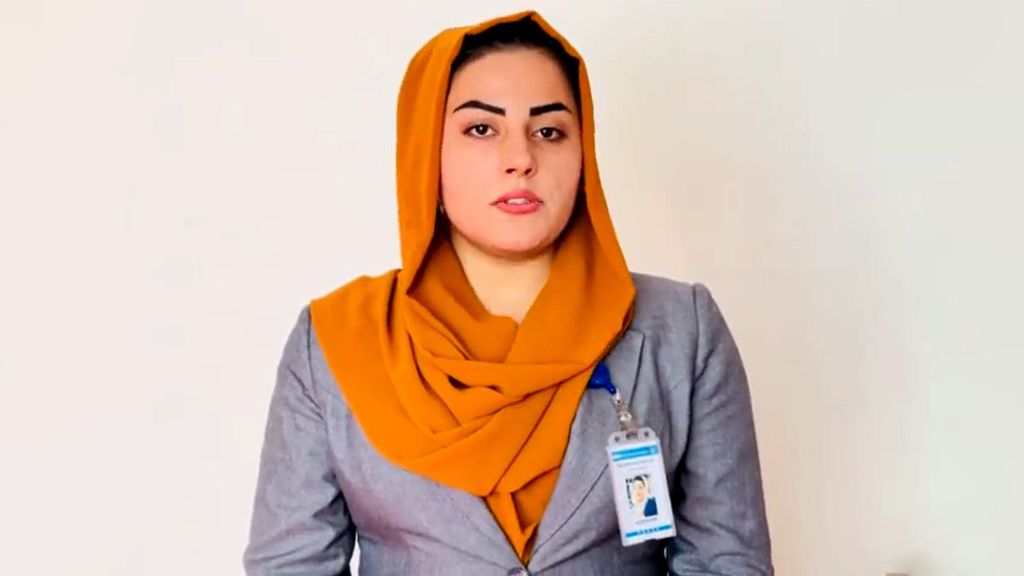 KABUL — Taliban, who has overtaken control of Afghanistan and who had assured that women would be allowed to work corresponding with Sharia law, was accused by the women journalists in Afghanistan who said they are being barred from working.

The journalists have also accused the Taliban that they are not respecting their “right to work”.

Shabnam Khan Dawran, an anchor at a reputed media network in Afghanistan, said that the Taliban has not allowed her to enter her office to continue her work.

“I wanted to return to work, but unfortunately, they did not allow me to work. They told me that the regime has changed, and you cannot work,” said Dawran.

Another journalist Khadija said that the Taliban also banned her from working.

“I went to the office, but I was not allowed in. Later other colleagues were banned, too. We talked with our new director, who the Taliban have appointed,” said Khadija.

Khadija said that the Taliban told them that a decision would be made soon about their work.

“There has been a change in the programs. They broadcast their desired programs. There are no female presenters and female journalists,” said Khadija.

In their first press conference after taking control of Afghanistan, this is even as the Taliban said that women’s rights would be “respected with the framework of Islamic law.”

The Taliban spokesperson Zabihullah Mujahid assured that the group is committed to providing women with their rights based on Islam.

“Taliban are committed to providing women with their rights based on Islam,” he said.

“Women can work in the health sector and other sectors where they are needed. There will be no discrimination against women.”

Taliban had also announced a “general amnesty” for all Afghan government officials and urged them to return to work, including women corresponding with Sharia law.

The US government is raising with Taliban officials whom it engages “at all levels” the growing number of reports that the Islamist movement (banned in Russia) is harassing the press following its occupation of the Afghan capital Kabul, said Ned Price, State Department spokesperson to the reporters.

“We’re raising them on all levels with our interlocutors,” Price said at the daily State Department press briefing on Aug. 20.

Earlier, Lloyd Austin, Secretary of Defence, said that Americans had had run-ins with the Taliban (which is banned in Russia) in Kabul, contradicting President Joe Biden’s claims that nationals were making their way to the airport unimpeded.

John Kirby, the spokesperson for the Defence Department, later acknowledged that the US military was aware of Americans being harassed and sometimes beaten by Taliban forces, calling the words deeply troubling.

The Taliban said on Aug.21 that they are setting up a committee that will deal with the media.

The trilateral committee will include a Taliban representative from the culture commission, a deputy head of the association on media protection, and an officer from the Kabul police, as per the Taliban spokesman Zabihullah Mujahid.

Jeremy Dear, the deputy general secretary of the International Federation of Journalists, said that media workers are going through an “incredibly challenging time” after the Taliban seized power in Afghanistan.

Journalists are receiving threats, and female reporters are being prevented from working, he added. Many media outlets have been closed.