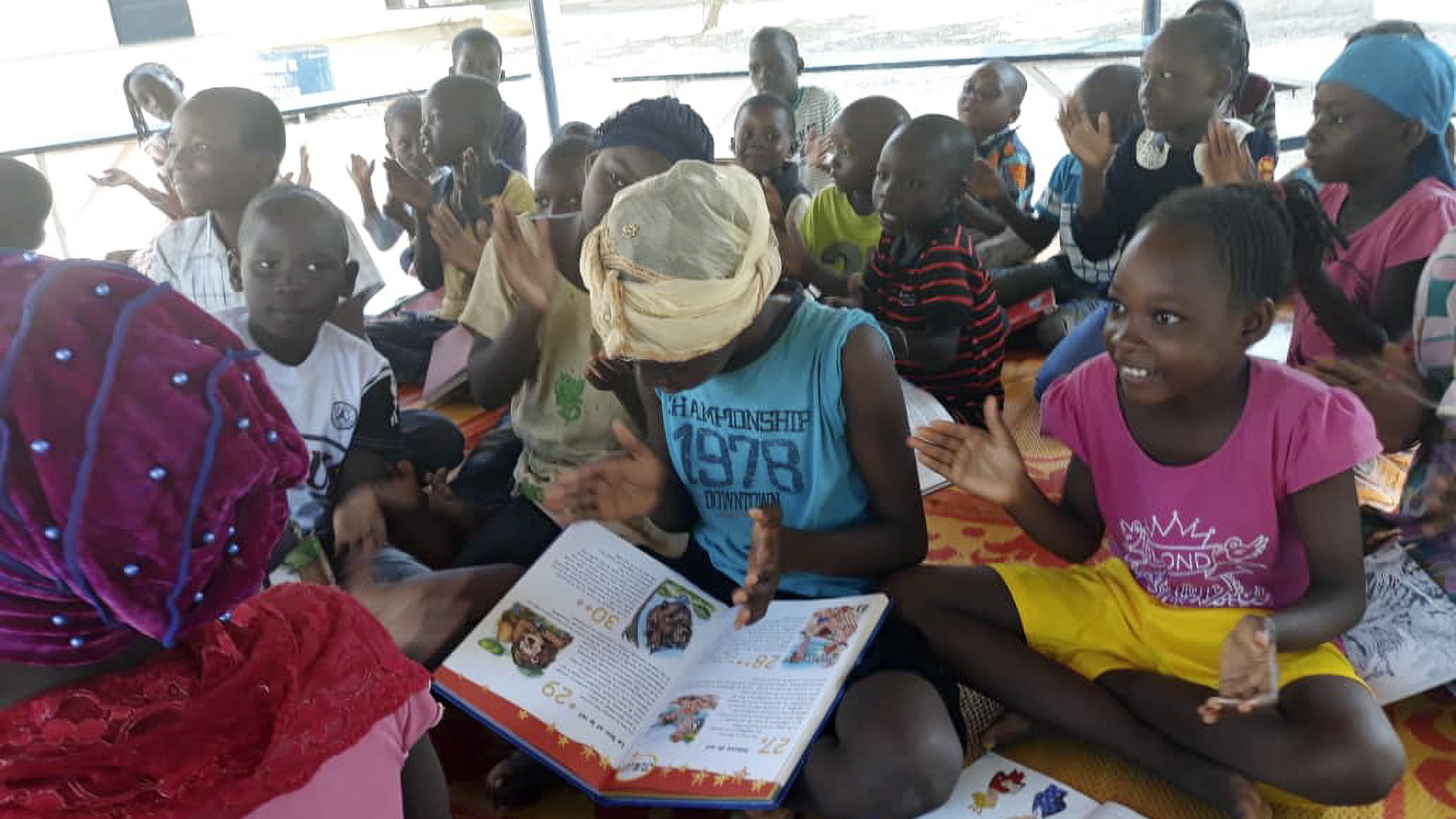 MAROUA, Cameroon — Aminatou Habiba, a 35-year-old mother of three from Domayo in Cameroon’s Far North Region, happily flips through cartoon books as she teaches her children how to read during weekends.

“We are always excited to get new cartoons to see the drawings and listen to me read and explain them,” Habiba told Zenger News.

“Before this, my children had never seen cartoons and didn’t know how to read.”

Until three years ago, all this was a dream to her.

However, the situation is changing thanks to ‘Lire au Sahel‘ (Read in the Sahel), an initiative of David Wanedam, a former editor of L’Oeil du Sahel (Eye of the Sahel).

Founded in 2018, the organization collects and distributes much-needed books to knowledge-hungry children in the region.

“With Moota Andal, it is an opportunity for my kids to at least interact with books. I reached secondary school only, but I would love my kids to go all the way to the university.”

Habiba, like many others, households, university students, and ordinary folk, eagerly wait for the tricycle mobile library to roll by twice every week.

“The Far North Region has been under constant attack from an Islamic extremist group, Boko Haram, that presents western education in general as bad—a sin,” Wanedam told Zenger News.

“It was necessary in such an environment to contribute to providing an alternative response, especially a counter-discourse that helps to inculcate in youths that knowledge and education are key elements that can enable them to excel with dignity in a global world.”

Attacks from the Islamic extremist group started in Nigeria in 2002 but spread in 2009 to some parts of Cameroon, Niger, and Chad.

“Between 2014 and 2015, Boko Haram changed approach to become more frontal attacking police stations and military bases and between July 2015 and 2016, carried out 50 suicide attacks in Cameroon killing 230 and wounding 500 others,” reported the International Crisis Group.

Consequently, “hundreds of schools remain closed due to the crises of Boko Haram violence and heavy seasonal flooding, affecting over 50,000 children,” according to a 2020 report by the United Nations International Children’s Education Fund.

The dire state of education in the Sahel drove Wanedam to start the books initiative in 2018. He incorporated cultural actors and writers like Djaili Amadou Amal into the project.

Besides selling the idea that knowledge and education are important, Wanedam also identified the lack of reading spaces and books in Maroua, headquarter of the Far North Region.

Unlike the Adamawa and North regions, where some institutions provide library service and reading spaces like the Alliance Française, Maroua does not have a public library.

“Also, you can search for a comic book in the whole of Maroua, and you will not see one,” Wanedam told Zenger News.

Against this backdrop, Wanedam initiated the mobile library project, sponsored by the French Embassy with the support of Library Without Borders.

“Libraries Without Borders have equally proposed online modules that enable us to stock videos, audio and access them from an iPad even without internet,” Wanedam said.

The library takes books to offices, non-governmental organizations, and university campuses for people to borrow and read.

“The only condition is that the books be well-preserved and returned in good condition after a few days for others to use,” he told Zenger News.

Youth and children organize activities around books in open public spaces, such as schools, where the tricycles deliver the books.

“We spread our big mats for all to sit. Having identified themes, we hold discussions. We give children the opportunity to choose their books, which they read and summarize to their peers.”

The association has a small space at their office in the Pitoare neighborhood in Maroua where children learn drawing and writing.

The association says it has around 5,000 used books bought by the association and donations from different associations and embassies, such as the United States Embassy in Yaoundé.

Wanedam said the most requested novels, legal and accounting books, and those that deal with personal development.

About 500 adults and 1,000 children have benefited from the mobile library, he said.

Abdul Wahab Yaouba, Far North Regional Delegate for Arts and Culture, described the mobile library “as a good project trying to inculcate the reading culture in the population”.

“Though the association started a few years ago, they have achieved a lot in attracting young people to reading and writing,” Yaouba told Zenger News.

“For a bigger, positive impact, they need a good strategy and influential partners to take them to the next level.”

Wanedam said he plans to put up a public library in collaboration with the Maroua town council.

The challenge, however, is to have a stock of important books as interest and demand for good volumes increase in neighboring towns.

“We are not a school and do not want to replace the school. However, it is sometimes difficult to explain to parents who have different expectations, which is equally challenging.”