Uganda hosts the highest number of refugees in Africa and the third highest in the world. 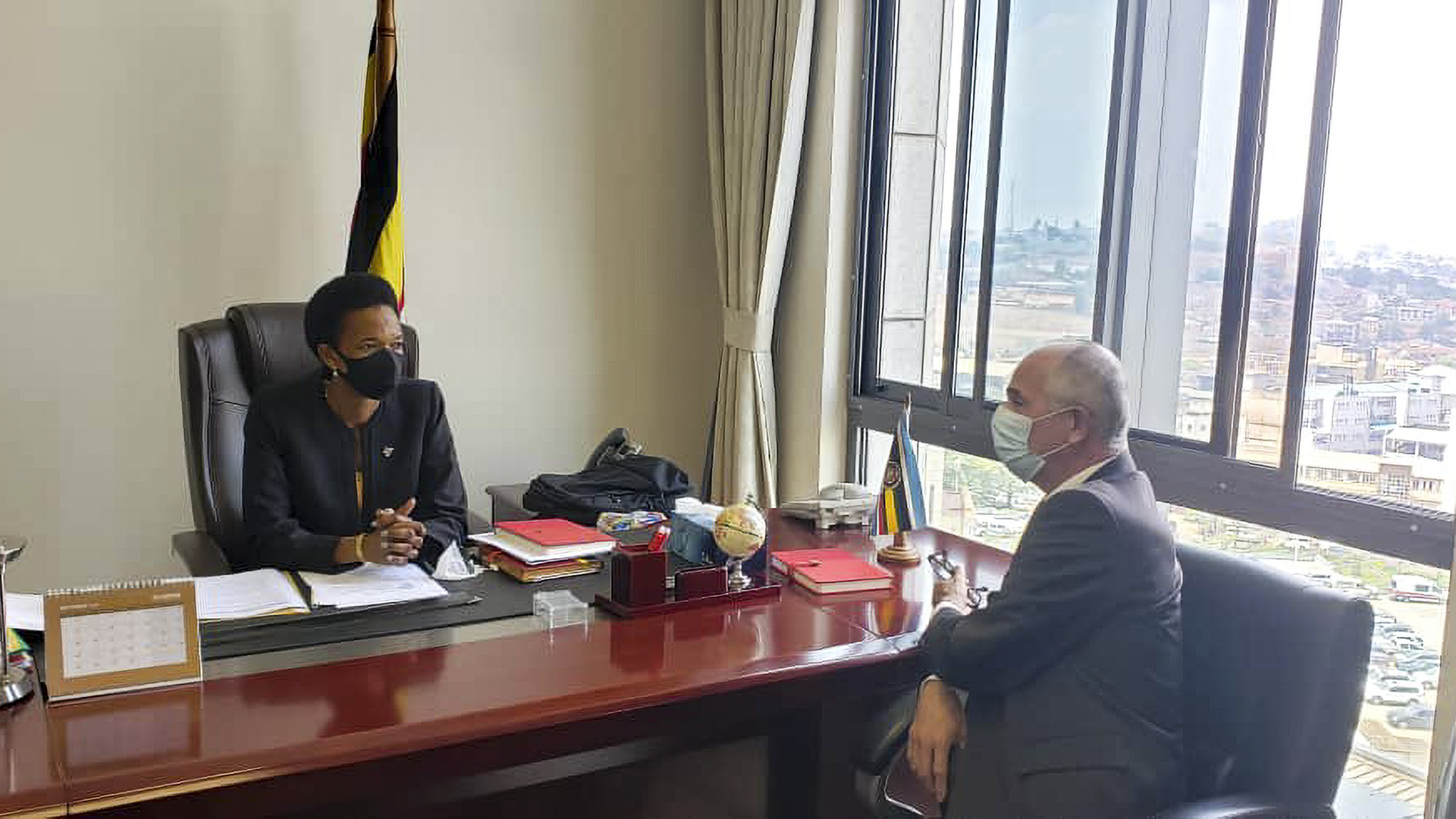 KAMPALA, Uganda — Uganda will host 2,000 Afghan refugees at a five-star hotel on the shores of Lake Victoria once it agrees on details on their relocation with the United States.

“We are working with the United Nations High Commissioner for Refugees, and we’ve secured Imperial Hotels properties in Entebbe to serve as a transit hub for them to come and be examined first,” Esther Anyakun, Uganda’s Minister of State for Relief, Disaster Preparedness, and Refugees, told Zenger News.

“They will be tested for Covid-19 and then placed in isolation centers before being reintegrated.”

Ghani fled to the United Arab Emirates on Aug. 15 as Taliban militants took control over the country as the United States withdrew troops after a 20-year presence.

“Because of our good refugee policy, our president was approached by his counterpart Biden to host 2,000 refugees from Afghanistan in Uganda for three months, which he accepted,” Anyakun told Zenger News.

“Arrangements are underway to receive them in shifts of 500.”

“We are preparing for their arrival at the airport, with the Prime Minister’s Office receiving them and lodging them. Then they’ll be screened and tested [for Covid-19]. Resettlement plans will follow after the Uganda and United States reach an agreement.”

“But, before we could agree, we asked them for certain information: under what terms and conditions, who are they bringing in—are they former soldiers, prisoners, translators, and for how long are they staying here?” Onek said.

“They are not refugees. The United States asked us if we could temporarily take them in because they are being vetted for possible relocation.”

The United States embassy in Kampala also said America continues to negotiate other destinations for Afghans who supported the United States and its allies during the Afghan war.

“We are grateful to Uganda for their generous offer to shelter Afghan evacuees temporarily,” the embassy said in a press statement.

“We have not made a final determination of aid needed in Uganda, and discussions with the Ugandan government about the situation in Afghanistan are ongoing.”

Some Ugandans questioned the wisdom of the move.

“America has enough [50] states to receive 2,000 refugees. Why are they pressuring us to absorb more?” Francis Babu, a senior member of Museveni’s ruling National Resistance Movement.

He said Uganda already has enough problems to deal with since it hosts refugees from neighboring countries such as South Sudan, Burundi, Rwanda, the Democratic Republic of Congo, and Somalia.

“Do we want more? We’ve already paid the price for being in Somalia.”

“We’ve heard on social media that Uganda is planning to take in over 2,000 Afghan refugees,” Gilbert Olanya, the Kilak South member of parliament, told Zenger News.

“We are third in the world as a country hosting refugees, and I don’t think we have the capacity to accept many more. Our resources are stretched.”

The head of the parliamentary Foreign Affairs Committee, Norah Bigirwa Nyendwoha, requested a clarification from the government on the refugees’ issue while speaking in parliament on Aug. 18.

However, Bugiri Municipality MP Jeema Asuman Basalirwa told parliament the same day that Uganda is bound to welcome such refugees as a party to international refugee conventions.

This is not the first time the international community is requesting Uganda to host refugees. In 2018, Uganda said that Israel had asked Kampala to take in 500 Eritrean and Sudanese refugees.

Uganda hosts the highest number of refugees in Africa, according to the United Nations High Commissioner for Refugees, standing at over 1.4 million at the end of 2020.

Though Uganda noted for its welcoming laws, which provide refugees with a wide range of rights, including access to school, employment, and property ownership, Uganda has had fractious relations with refugee aid agencies, which have worsened lately.

“Uganda’s closure of refugee relief organizations sends a message to the rest of the world that the country cannot handle the continued refugee influx without more aid from the international community,” Henry Nickson Ogwal, the programs and policy director at ActionAid Uganda, told Zenger News.

Uganda and the United States government have a long history of security and bilateral ties.

In exchange, the Museveni administration acts as a stabilizing force in the troubled Great Lakes region, performing security tasks, most notably combating Al-Shabaab in Somalia and acting as a diplomatic intermediary.