A girl who fought at the age of five, a grounded teenager who can’t forget the screams, and a boy whose train was attacked. 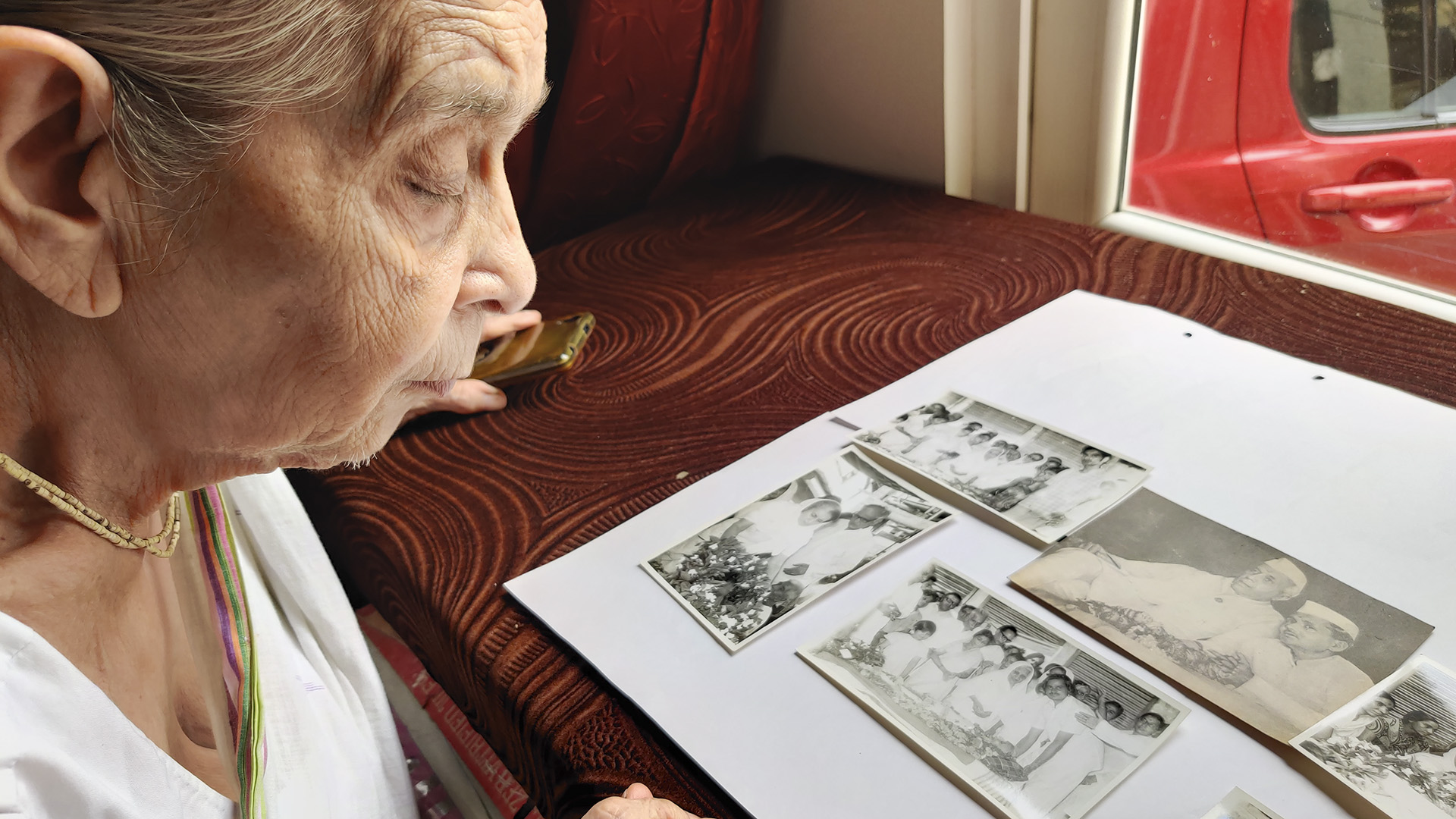 NEW DELHI — Kusum Seth was all of 10 when she heard from her father that India had got its independence. The day was Aug. 15, 1947—the end of the 200-year British rule in India.

The then Prime Minister of India, Jawaharlal Nehru, had made a speech the night before: “Long years ago we made a tryst with destiny, and now the time comes when we shall redeem our pledge, not wholly or in full measure, but very substantially. At the stroke of the midnight hour, when the world sleeps, India will awake to life and freedom…”

“I will never forget the day — it was surreal,” Seth, who actively participated in the freedom struggle and is 85 years old now, told Zenger News.

“My father told me about Nehru’s speech that he heard on the radio. It was the day we had been waiting for.”

“My father was working at a British gas station company, Caltex, and my grandfather was a station master; hence, they couldn’t participate directly.”

But that did not stop the women of the family from taking part in India’s freedom struggle.

“My mother [Siddheshwari Devi] and aunt Memobai attended all meetings with leaders like Vallabhbhai Patel, Nehru, and Mahatma Gandhi,” said Seth, who got tagged along on all these trips.

“My aunt once climbed a government building of the British and replaced their flag with ours. She was brutally punished for this and put in jail,” Seth said, remembering Memobai.

“I was young, but I loved carrying our national flag during processions. Men stayed in the front to ensure our safety. We used to start a procession with 20-25 people, and it used to increase up to 100-200 people.”

Recalling the time she went to prison, she said she felt proud that she contributed to the freedom struggle in her own way.

“I was just 5 years old in 1942 when my mother and I were sent to jail during one of those processions,” Seth said.

“We were in a Delhi jail [now called Tihar] for six months. All we used to do was to spin the wheel.”

Gandhi, who employed nonviolent resistance to lead the successful campaign for India’s independence from British rule, used to view the spinning wheel (charkha in Hindi) as an arsenal for transformation and not simply as an instrument to make cotton yarn.

“Spinning the wheel was a step towards self-reliant India,” Seth said. “We used to throw and burn British clothes as a sign of self-reliance. Even at 5, I used to wear a sari [Indian traditional dress].”

“I was 17-18 years old at that time and was strictly grounded at home,” Kapoor told Zenger News.

“India did get independence, but at that midnight hour, the Partition divided the undivided — the people.”

When independence was granted to the former imperial domain of British India, it was partitioned into two countries — India and Pakistan.

“The happiness of independence didn’t last long after India became independent because the ‘brutal Partition’ shook everyone to the core,” said Kapoor.

It was one of the most defining events in the history of the subcontinent. With no accurate accounts of how many died or lost their homes, estimates suggest up to 20 million people were affected by the partition, and between 200,000 and 1 million lost their lives.

At the stroke of the midnight hour, when the world sleeps, India will awake to life and freedom.: Pt. Jawaharlal Nehru #HappyIndependenceDay pic.twitter.com/YL1ADDsBgO

“We heard Nehru’s speech on the radio, which was followed by a lot of disturbance. From the confines of our home, we heard people screaming for help, throwing stones at each other. I can never forget those screams. Muslims and Hindus who were inseparable couldn’t stand each other’s existence anymore,” Kapoor said.

Recalling an incident, Seth said: “My grandfather’s best friend was a Muslim, and every other day he used to pay a visit to our place, and my grandfather used to visit him. As soon as the Partition happened, there was no sign of him or his family. We tried to trace them but in vain.”

Many who tried to cross to the other side of the country were killed. Cross-border trains reached their destinations, but most travelers didn’t.

Retired Wing Commander Gurdeep Singh Bindra, then a 5-year-old boy from Rawalpindi (a city in Pakistan), was one of those who traveled in a train that came from Pakistan to India.

“The suffering was far more than the glory of independence,” Bindra, now 80, told Zenger News.

“People suffered on a large scale, many lost their lives, women were raped brutally, and it was a terrible sight. To me, Aug. 15 was terrible— it wasn’t independence; it was more of a massacre on a large scale.”

“My father, an army man and a doctor, was on regular duty during partition. He took us to our village, Sukho, in Rawalpindi, to show what was happening. We shifted to India by the end of August. My father got a full bogie [compartment] in a train guarded by army men.”

“The people in the train ahead of us were butchered. I saw people left dead on train tracks. Our train was also attacked, but the soldiers guarding our train saved us,” said Bindra. “We lost our property and whatever we had. We were now ‘refugees’.”

Seth said she and her friends used to collect chapatis (Indian bread) and clothes from the neighborhood for those who came from Pakistan.

The now upmarket shopping market in Delhi’s south, Lajpat Nagar, was a maidan (ground) back then. As per Seth, it was turned into a camp where refugees were given shelter and were provided with basic amenities.

But their ordeal did not end as there were cases of killings and tortures in these camps.

“My relatives lived in these camps,” Bindra said.

“People were begging for food and looking for shelter. The glory and happiness didn’t last long as killings and bloodshed became a bigger truth than independence.”

However, later, the Indian government helped by giving refugees land to settle down.

“My father got a piece of land in Patel Nagar in west Delhi. It was compensation for all that we had left behind.”

The fighting and bloodshed continued for months. Hindus took over the properties of Muslims and vice-versa.

“Over the years, I have seen the people of India progressing. Refugees from West Pakistan thrived as entrepreneurs and contributed to India’s growth story.”

“India has grown as a nation, but we could have progressed further had it not been for corruption,” said Bindra.

Seth, who shunned western clothes at the age of 5 and is still draped in a crisp white cotton sari, said: “Industries from handloom to technological should flourish in India. Only then will we be able to become truly independent.”