Popcorn With Zenger: ‘The Protégé’ Raises The Bar For Femme Fatale Movies

Maggie Q leads a strong ensemble cast in a satisfying tale of love, revenge and tragedy. 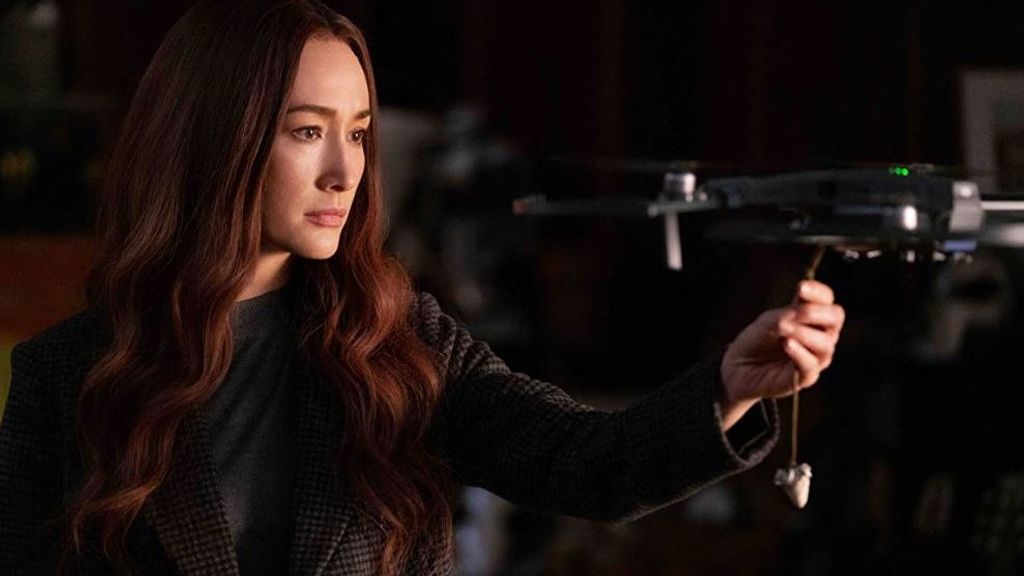 Maggie Q stars as an assassin in “The Protégé.” (Lionsgate)

Over the last few years, a slew of female-assassin films have been dumped into theaters attempting to gender-swap the genre following the #MeToo movement. Some films, such as “Atomic Blonde,” have the cinematic style to stand out in a saturated market, but most films, like “Ava,” go the route of a borderline cartoon.

The same can’t be said for “The Protégé” due to the X factor known as Maggie Q. Maggie spent four seasons playing the role of femme fatale in the hit CW show, “Nikita.” Needless to say, Maggie is underrated and overqualified for the job of leading action lady.

Under the direction of Martin Campbell, a man who is also overqualified in being at the helm of action films, you have a film that sets a new standard in the femme fatale genre.

The Story: “The Protégé” begins in the early 1990s with an assassin named Moody Dutton (Samuel L. Jackson) who travels Vietnam and finds a young girl in the middle of a violent massacre in Saigon. Thirty years later and that girl has become a master assassin named Anna (Maggie Q).

Raised by Moody, they traverse the globe to complete high-profile contracts. One day, Anna meets a mysterious man named Rembrandt (Michael Keaton) who is infatuated with her. But when Moody is murdered, Anna is forced to backtrack to Vietnam to find his killer.

It is there she discovers that Rembrandt is a killer — in the world of protection rather than assassination — and the boss that he works for has a direct relationship to a key event in Moody’s past.

Bright Spots: The script is far smarter than a misguided revenge flick. Screenwriter Richard Wenk, who has wrote “The Equalizer,” gives “The Protégé” a well-crafted story of revenge, love and tragedy carried by the incredible chemistry of Keaton and Maggie Q.

Q looks like she hasn’t skipped a beat in the role of a leading action star and is far more credible in the role than others who have tried to fill those shoes. Keaton nearly steals the film in a role that makes him look two decades younger. The duo plays a romantic cat-and-mouse game à la “Mr. & Mrs Smith” and Keaton looks like he is having the most fun he’s had in a role in years.

Director Campbell, who is best known for the James Bond films “GoldenEye” and “Casino Royale,” does a great job at controlling the action and fight choreography, which separates this film from its competitors. The film utilizes great set pieces on a limited budget. The interior and exterior shots do more with less, giving the set details an impressive palette that looks far bigger than it is.

Weak Spots: At this point of his career, Samuel L. Jackson is just Samuel L. Jackson. Not only is his screen time limited, but his character is hardly different than a dozen roles that we have already seen him in this year alone. With a runtime of an hour and 50 minutes, the film feels a bit bloated, especially in its final act. There are also some continuity errors, such as the use of modern $20 bills that didn’t exist in 1991 and Jackson’s laughable mustache early in the film.

The Takeaway: “The Protégé” stands as one of the best female assassin films of the modern era. Maggie Q is in fine form as she leads the way with a great ensemble cast by her side. Meanwhile, Michael Keaton shines in his most charismatic roles since “The Founder.” The right people are in the right roles here, which makes “The Protégé” a strong late-summer flick.

See or Skip: “The Protégé” isn’t a fresh new idea, but it is an extremely entertaining and downright fun action-thriller film.