S&P said that it is revising downward our 2021 growth expectations for a number of emerging Southeast Asia economies. 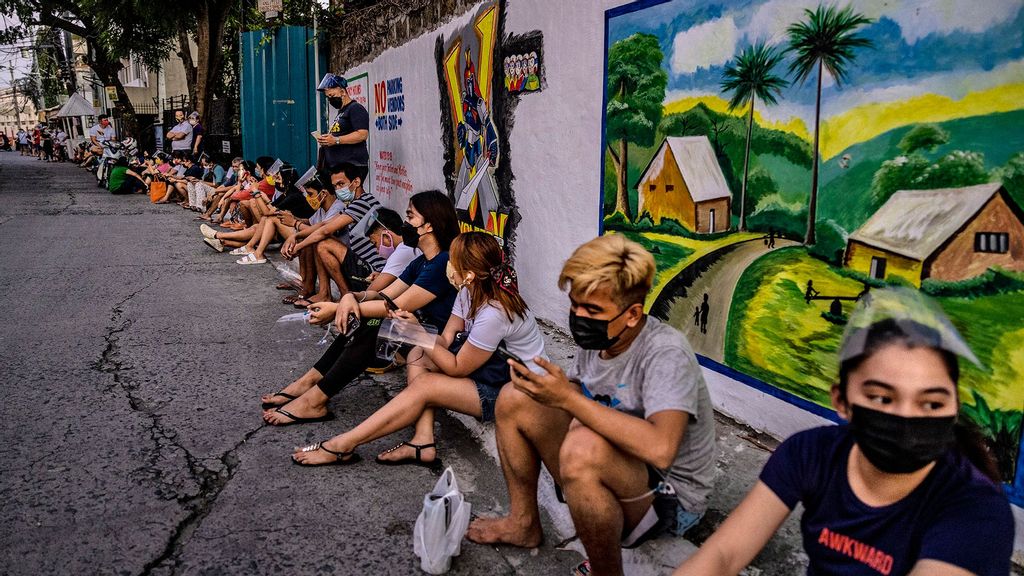 People hoping to get vaccinated against Covid-19 queue outside a vaccination site on Aug. 8, 2021 in Las Pinas, Metro Manila, Philippines. (Ezra Acayan/Getty Images)

The duration and severity of the pandemic have been more adverse than previous baseline expectations.

“As a result, we are revising downward our 2021 growth expectations for a number of emerging Southeast Asia economies,” the report said.

S&P said while the new lockdowns this year have been less costly as economies adapted to reduced mobility, the longer durations have meant that the economic costs are rising. Meanwhile, external demand will provide a buffer against further outlook deterioration.

International trade remains strong due to healthy demand for goods as global economies open up.

“As the pandemic drags on, balance sheets will deteriorate for households, small and midsize enterprises, banks, and the wider economy, leading to more medium-run economic scarring.”

Policy settings across the region are likely to remain steady. Central banks are wary of easing further. The US Federal Reserve’s following policy change is expected to tapering quantitative easing. Policy easing from southeast Asian central banks could increase capital outflows in the region.

The central banks are already deploying a range of tools, including loan moratoriums and the acquisition of public securities.

New fiscal stimulus measures announced this year in southeast Asian economies have been more limited in scope, given that the fiscal policy space was significantly eroded during the initial pandemic escalation in 2020.

S&P revised the 2021 growth forecast for Thailand lower to 1.1 percent from its June forecast of 2.8 percent.

It lowered the 2021 growth forecast for the Philippines to 4.3 percent from 6 percent in June and forecast growth of 7.7 percent in 2022 compared with an earlier forecast of 7.5 percent.

The agency lowered the growth forecast for Malaysia to 3.2 percent in 2021 from 4.1 percent earlier. Vietnam forecast growth of 4.8 percent in 2021, down from the June projection of 7.3 percent.

The rating agency also said that India might see hurdles in the coming future for oil and coal as the country has been speeding up emission goals.

“The sharp growth in energy demand anticipated over the next decade will make it imperative for India to ensure that oil and coal supplies grow accordingly, as renewable energy on its own may not be able to cater to the entire incremental demand, creating challenges in lowering emissions at the desired pace,” the agency said in a report.