Four friends in Kerala are selling hundreds of pounds of marigolds for a festival for which flowers were imported. 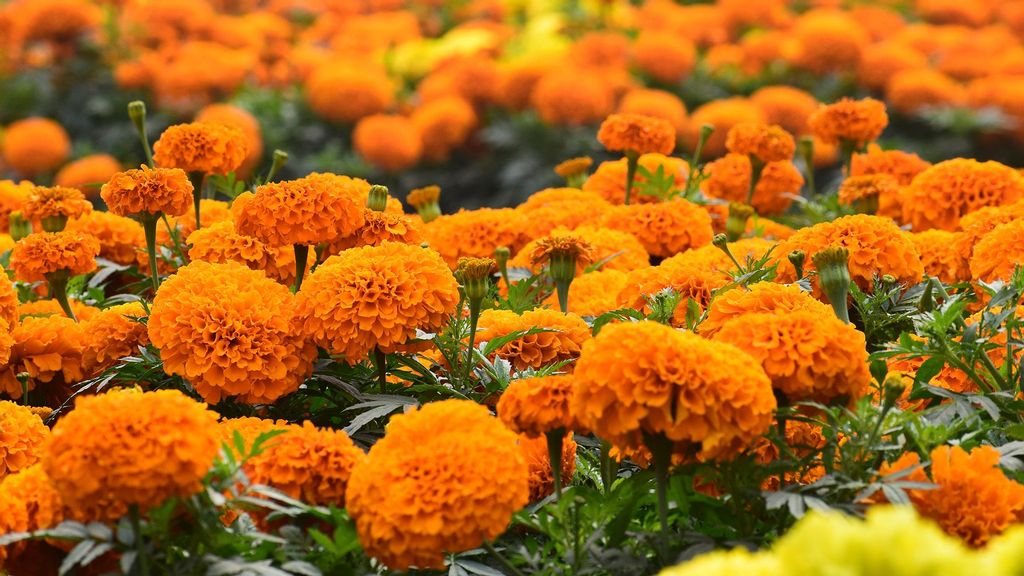 (Representative Image) Marigolds are the centerpieces for the pookalam or floral rangoli that people decorate out on the floor usually in front of their homes during the 10-day long Onam festival. (GM Rajib/Pexels)

ERNAKULAM, India — During Onam — an annual harvest festival in India that runs for ten days — the south Indian state of Kerala typically imports large quantities of flowers used in ceremonial decorations and other festivities.

This year, however, four youngsters from the Ernakulum district started cultivating marigolds with the aim of using home-grown flowers instead of buying them from outside.

Marigolds are the centerpiece for the pookalam (floral rangoli, an art form in which patterns are created on the floor) that people make in front of their homes during the 10-day-long festival.

Four friends—Haneesh Sree Harshan, C.G. Jibin, Sujith Lal, and P.V. Vineeth—started cultivating marigold flowers in June on less than one acre of land and planted 800 marigold plants. The crop of flowers has been already selling in bulk and loose.

“Our flowers are of better quality than the flowers that come from outside,” said Vineeth, who is an electrical contractor.

The group is also planning to harvest the remaining marigold flowers on Aug. 20, just a day before ‘Thiruvonam,’ the most crucial day in the Onam season.

“The motivation behind this was that one of my friends had already done such an initiative in 2017-18, and it was successful,” said Harshan.

“We then decided to go ahead because, in this Covid-19 situation, we wanted to earn some extra money because times are tough.”

“For this, we got a lot of help from the authorities like panchayat [village council]. We are quite happy about this. We were getting flowers from other states initially.”

He said that since the state hasn’t faced any natural calamity, it has helped.

Jibin, an artist, said they are thrilled with the results.

“We got unexpected results,” he said.

“This is the first time we have done any farming. Before we got into it, we consulted with several people and asked for their inputs. We are delighted with the result. Usually, flowers for Onam have been coming in from other states. That’s where the idea came from. This is from the idea that why can’t we cultivate flowers in our state.”

Sujith Lal — who is employed in a Bengaluru company — said we have had already sold 100 kilograms (220.4 pounds) of flowers at many places.

“We planted 800 saplings in June. These saplings were obtained from the panchayat, and they were the first to provide manure. The rain has not affected the plants.”

Vineeth, said: “Our flowers are of better quality than the flowers that come from outside.”

«Previous Post
Remembering India’s Independence Through The Eyes Of Those Who Witnessed It»Next Post
Indian Malls’ Recovery Better After Second Wave Than After First: Report