The Club also offers food and drink, with the price slashed to half to welcome their fans back inside the stadium.
By Zenger News Desk August 20, 2021
Facebook
Twitter
Linkedin
Email 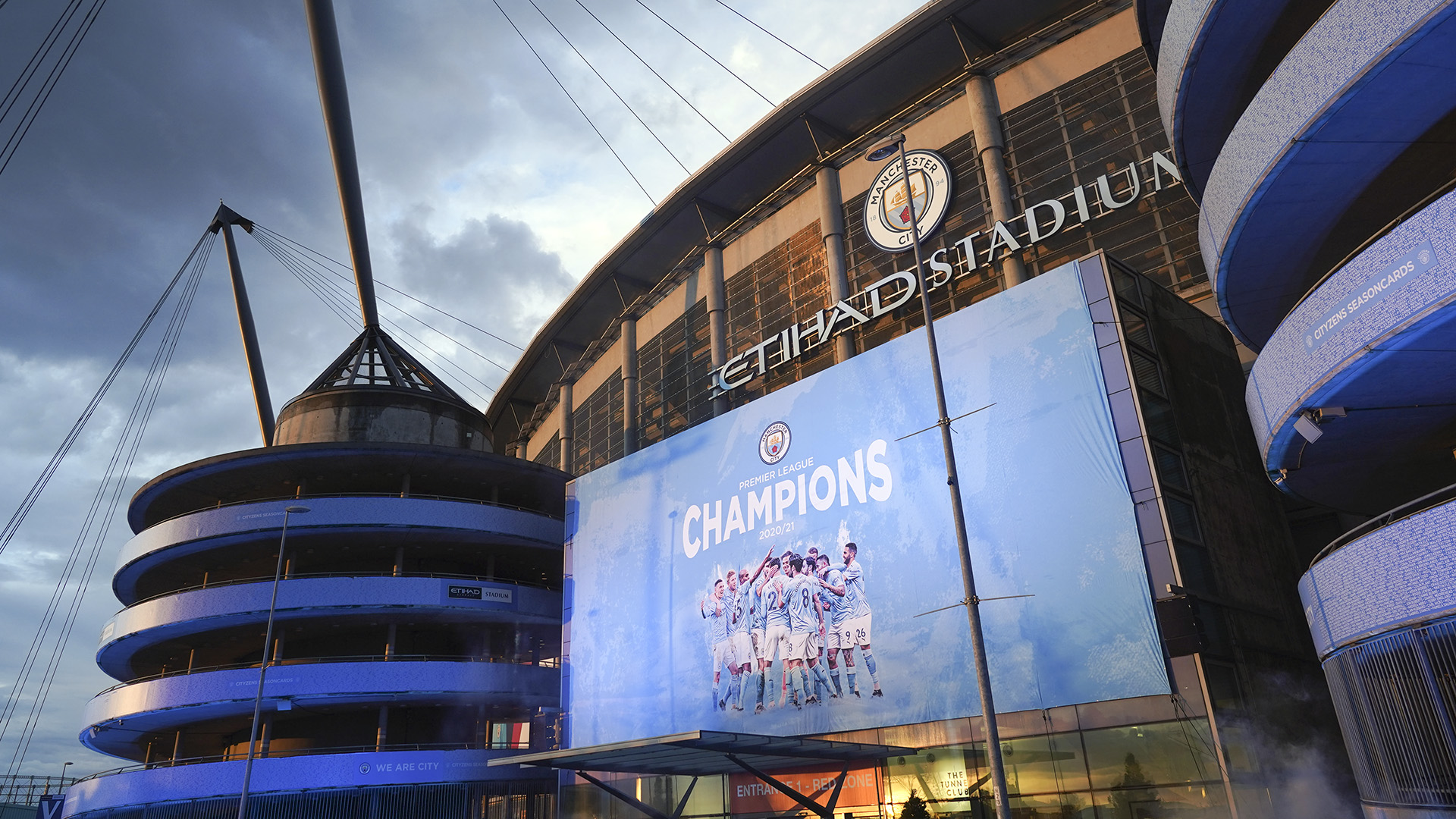 A large display outside Etihad Stadium reads "Champions" as Manchester City has been confirmed as Premier League champions for the third time in four seasons on May 11, 2021 in Manchester, England. (Christopher Furlong/Getty Images)

MANCHESTER, England — Manchester City, the current holders of the Premier League, on Aug. 18, said that they would be introducing an “edible coffee cup” at Etihad Stadium ahead of their first home game against Norwich City.

The Club also offers food and drink, with the price slashed to half to welcome their fans back inside the stadium.

“To welcome fans back, we’re offering half-price food and drink inside the stadium at the concourse bars and concessions between 1-2 pm for our fixture against Norwich City this Saturday,” tweeted Manchester City.

“Alongside new food and beverage offerings, City are also introducing 100 percent recyclable, and zero plastic beer cups and will trial an ”edible coffee cup” this season,” the website of the Premier League read.

“For the first time on Campus, an ”edible coffee cup” will also be introduced. This fantastic and innovative solution provides an excellent solution to waste. Just eat your cup! These will be trailed alongside our full barista service of hot drinks outside the stadium in City Square, an opposite west entrance. Fans will have the option to put these cups into our composting waste stream if preferred.”

As part of the City’s commitment to eliminate all single-use plastics from catering operations and improve carbon impact even further, the Club also introduced an exciting, innovative, and market-leading paper beer cup.

The aqueous paper cups will be 100 percent plastic-free and manufactured from sustainably sourced paper and cards, all of which will be fully recyclable.

The cups will be collected throughout the stadium in the same manner as their predecessor via collection points and waste stackers. They will exit via our dry mixed recycling waste stream to be 100 percent recycled.

The website stated that supporting the Club’s drive for health and well-being, they have also developed a new range of vegan food offers with many featuring Garden Gourmet products available stadium-wide.

The Club is currently owned by a British-based holding company, the City Football Group, with the majority stake owned by the Abu Dhabi United Group, a smaller consortium of owners from the United States and China who collectively own 24 percent.

As of Nov. 3, 2020. Manchester City managed to win the Premier League four times so far and came in second place three times.