Eventual outcomes of those disputes will have big impact on local budgets, indigenous communities and the environment. 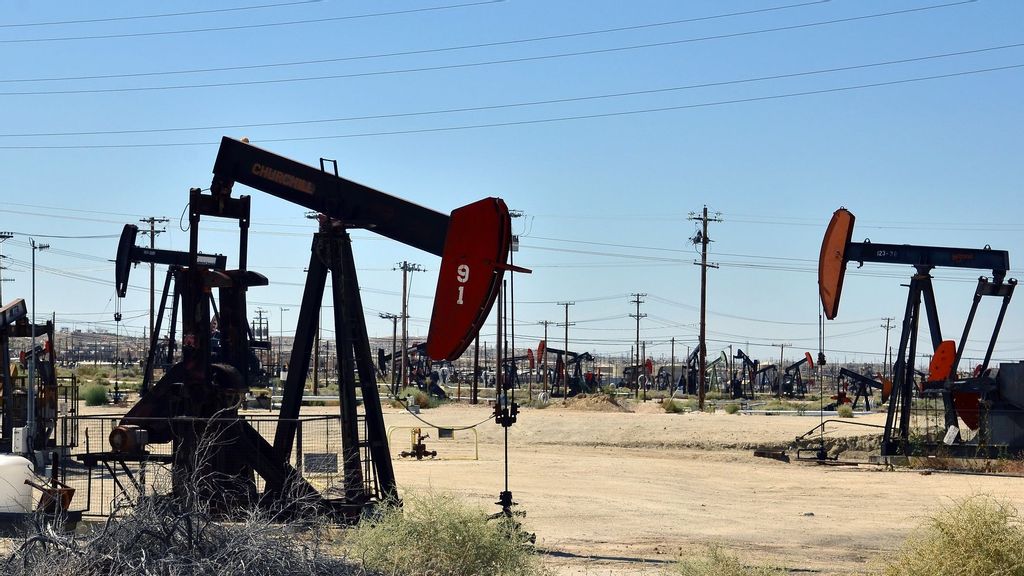 The California division of the Bureau of Land Management said it manages nearly 600 producing oil and gas leases covering more than 200,000 acres and 7,900 usable wells, like the one pictured above. On Aug. 16, the Department of the Interior said it would resume the bureau’s leasing program while it appealed a suit filed by more than a dozen state attorney generals over the government’s recent pause. (Bureau of Land Management)

The battle over fossil fuels on public lands advanced on several fronts this week, with action in the courts and from the federal government that stand to impact not just coal, oil and gas extraction, but also the communities where such projects are located.

Just as the administration of President Joe Biden said it would fight a court ruling in favor of oil and gas drilling on federal lands, major oil producers announced they would file their own suit against the administration on the “indefinite pause” it has placed on the industry.

Then, in a separate action, the Biden administration said it would review federal policy on coal mineral leasing on federal lands, which environmentalists hailed as a first step toward enacting a ban on coal mining on those lands.

The Interior Department announced the review its leasing program for coal mining on federal lands on Thursday, a first step in efforts to end such activity. The move comes after the Biden administration took early steps earlier this year to pause such activity, which is seen by environmentalists as a first step toward ending oil and gas drilling on public lands.

However, while Biden’s action against oil and gas leasing pressed climate change issues, and initiated several court challenges from allies of those industries, the Interior Department review cited the impact on local Native American populations.

The Department of the Interior “intends to conduct government-to-government consultation with affected Indian tribes about the Federal coal leasing program and to consider the potential environmental, social and cultural impacts of the coal program on indigenous communities and their lands during this review,” said the department’s notice in the Federal Register. (It did not issue a press release or public statement on the action.)

In addition to citing the impact on Indigenous communities, the Interior Department sought public comments on whether the coal leasing program resulted in fair returns to the taxpayers, was vital to the country’s energy needs or whether climate change necessitated curtailment or an end to the program.

Unlike the Biden administration’s early review of oil and gas leases, the action Thursday by the Interior Department does not halt coal mining on federal land. Regardless, environmental groups praised the move as a step towards further ending domestic coal production and use for power generation.

“The Biden administration can’t claim to care about the climate emergency and land conservation while auctioning off more public land for filthy coal mines,” said Taylor McKinnon, a senior campaigner at the Center for Biological Diversity. “A scientific review will show that the federal coal leasing program must end.”

“The law is clear. The department must hold lease sales and provide a justification for significant policy changes,” said Paul Afonso, senior vice president and chief legal officer at the American Petroleum Institute. “They have yet to meet these requirements in the eight months since instituting a federal leasing pause, which continues to create uncertainty for U.S. natural gas and oil producers.”

The Biden administration had already suffered one set-back in its efforts to continue to legally maintain its pause in conducting leasing auctions for oil and gas well rights on federal lands, which is mandated by Federal law. And just as the oil industry was announcing its moves to start another legal fight with the administration over the ban, the Interior Department said that it would resume the leasing program while it continued its appeal after the Western Louisiana District Court ruled against Biden in a suit brought by 13 state attorneys general.

In its statement on the appeal, the Interior Department argued that the federal oil and gas leasing program was rife with problems, from worsening climate change to waste, fraud and abuse in the leasing process.

“Past operation of the programs did not adequately reflect the breadth of the Interior Secretary’s stewardship responsibilities, including conserving wildlife habitat, protecting historic and cultural resources, ensuring that public lands are available for multiple uses, protecting marine, coastal, and human environments, meeting trust responsibilities to American Indian and Alaska Native Tribes, and providing a fair return to taxpayers,” the Interior Department said in its statement.

Federal lands contain significant mineral deposits and have been a key resource for domestic oil and gas production for decades. Likewise, the taxes generated from these leases have been key resources for state governments, including oil-rich Louisiana, which said it has already lost $57 million in tax revenues from the pause.

However, politics are also apparent in the suit against the Democratic president, as all 13 attorneys general are members of the Republican Party, while New Mexico’s Democratic governor and attorney general haven’t joined those efforts. That despite the fact that the state’s annual budget draws an estimated one-third of its revenue from such leases.

“Oil and natural-gas development on federal lands is a critical part of New Mexico’s economic and fiscal health, providing $1.5 billion in revenue for our state budget, public schools and first responders,” the New Mexico Oil and Gas Association said after the June court ruling by the Louisiana district court.  “As the nation’s largest onshore producer of oil and natural gas on federal lands, no state’s economy or budget stood to lose more as a result of the leasing pause.”