The man spent 20 months in jail in Saudi Arabia. 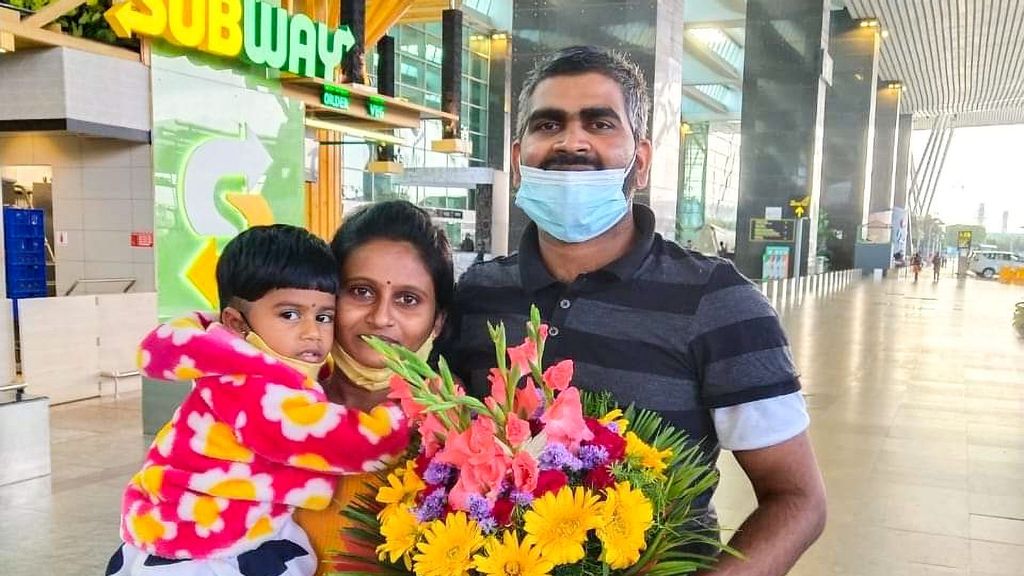 BENGALURU, India — A man who was lodged in a Saudi Arabia prison on blasphemy charges and for posting derogatory messages about Mecca and the king of Saudi Arabia on Facebook returned to India after 20 months.

Harish Bangera, who was arrested on Dec. 20, 2019, arrived at the Bengaluru international airport. His wife Sumana, daughter Hanishka and friends welcomed him and later proceeded to Kundapur in Udupi.

“Welcome Back, dear Harish Bangera. We are always with you,” tweeted Indian Union Minister Shobha Karanadlaje.

Harish is a resident of Goyadibettu in Beejadi village in the southern Indian state, Karnataka, who worked as an air-conditioning technician for a company in Dammam was arrested for posting a derogatory post on Facebook against Saudi Arabia’s crown prince Mohammad bin Salman and the community.

The Udupi district police last year filed a charge sheet in connection with the arrest of two men for hacking the social media account of Harish. Using the details of the investigation, Bangera’s family managed to get him released.

Sumana, Bangera’s wife, who works as an Anganwadi teacher, thanked all the people who helped her bring her husband back. She said that she hopes that her husband will not go back to Saudi Arabia and is looking for help to lead the future.

Suman said that she was faced with a trying time after she gave birth.

“I gave up my job after my daughter’s birth but had to lead the family following Harish’s arrest, so I resumed job,” Sumana said.

“I feel more confident now that my husband is back home.”

Bangera had been working in Saudi Arabia almost for six years and had visited his home in 2019 last.

The Indian Ministry of External Affairs has said that the number of Indian prisoners in foreign jails as of Dec. 31, 2020, is 7139, including under-trials.

“Due to strong privacy laws prevailing in many countries, the local authorities do not share information on prisoners unless the person concerned consents to the disclosure of such information,” the ministry said.

“Even countries which share information do not generally provide detailed information about the foreign nationals imprisoned.”

Saudi Arabia has the highest number of Indian prisoners at 1599, followed by the United Arab Emirates at 898 as per the data from the ministry.