Indian External Minister, US Secretary Of State Agree To Continued Coordination On Afghanistan

The two officials engaged themselves in the second phone call since the Taliban takeover.
By Zenger News Desk August 20, 2021
Facebook
Twitter
Linkedin
Email 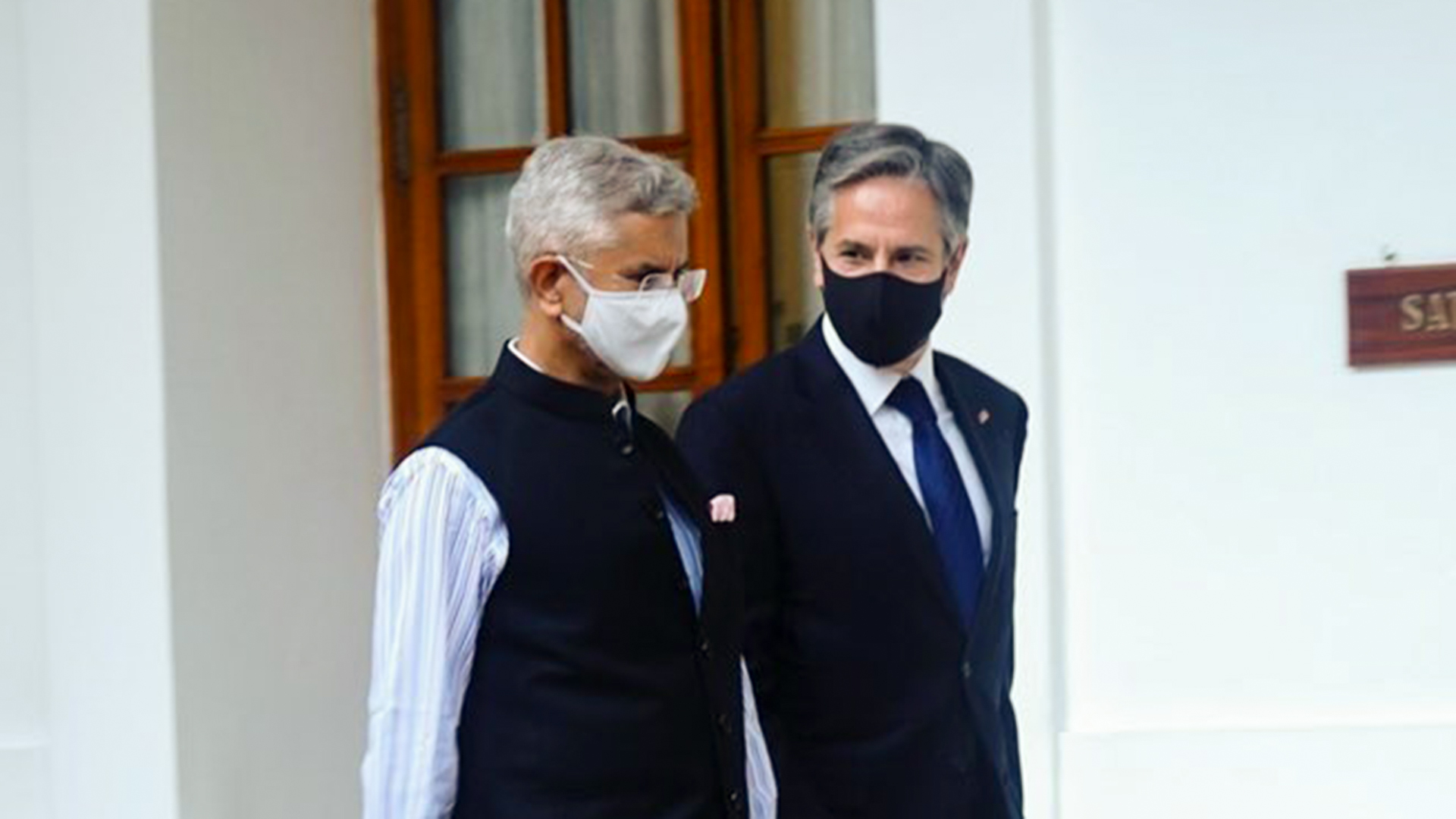 India's External Affairs Minister Subrahmanyam Jaishankar and US Secretary of state Antony Blinken discussed the crisis in the war-torn country over the phone amid the fast-unfolding situation in Afghanistan. (Dr. S. Jaishankar, @DrSJaishankar/Twitter)

WASHINGTON — India’s External Affairs Minister Subrahmanyam Jaishankar and US Secretary of state Antony Blinken discussed the crisis in the war-torn country over the phone amid the fast unfolding situation in Afghanistan.

The two officials engaged themselves in the second phone call since the Taliban takeover earlier on Aug. 15.

As per the US State Department, the two agreed to continued coordination on Afghanistan. The call comes as several countries, including the US and India, evacuating their citizens.

Meanwhile, Antony Blinken has termed the phone call with Jaishankar as “productive.”

“Productive call with @DrSJaishankar today about Afghanistan. We agreed to continue our close coordination,” tweeted Blinken.

On Aug. 17, Jaishankar said he spoke to Blinken over the latest developments in Afghanistan.

Afghanistan’s future is hanging in the balance as the country’s government collapsed on Aug. 15 after president Ashraf Ghani fled Kabul.

The Taliban entered the presidential palace in the Afghan capital on Aug.15 and declared its victory over the government.

Efforts are being made to maintain stability in Afghanistan. However, thousands of people are rushing to the airport to flee the nation as they are afraid of the terror group’s brutal atrocities in the government.

“Role of States in supporting terrorism discussed. India has long been a victim of cross-border terrorism. The battle against terrorism knows no respite. The will to fight must never weaken,” tweeted Jaisankar.

Meanwhile, Jaishankar, during a press conference following a UN Security Council meeting in New York on Aug.19, said India is following the events in Afghanistan “very carefully” and the focus is on ensuring the security and safe return of its nationals who are still in the war-torn country.

He also said that the situation in Afghanistan is “really what has been very much the focus of my engagements here, talking to the UN Secretary-General, the US Secretary of State and other colleagues who are here.”

“At the moment, we are, like everybody else, very carefully following developments in Afghanistan. I think our focus is on ensuring the security in Afghanistan and the safe return of Indian nationals who are there,” said Jaishankar.