India is the chair for the current sessions of high-level events in the United Nations Security Council.
By Zenger News Desk August 20, 2021
Facebook
Twitter
Linkedin
Email 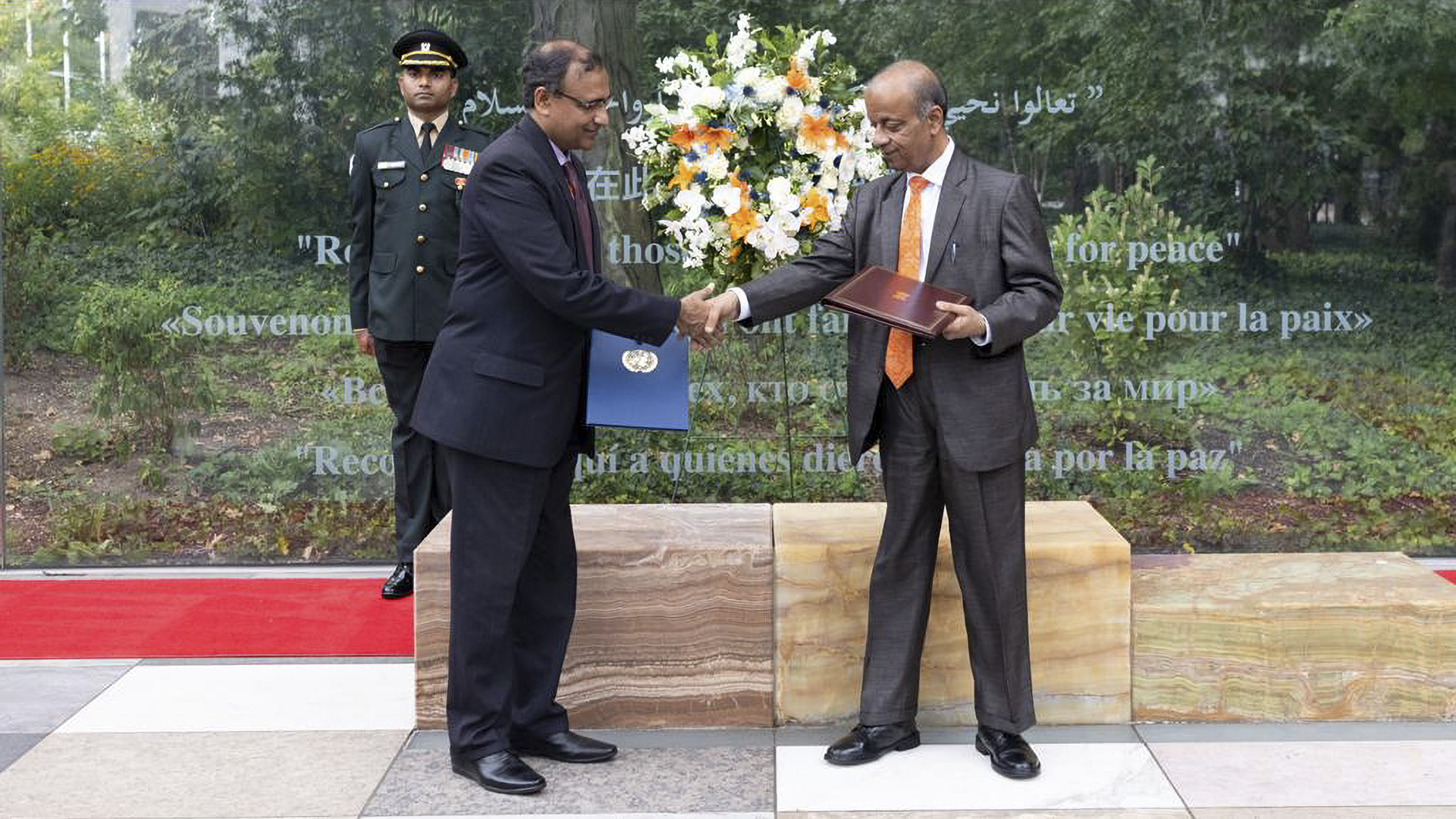 “Today, India and the United Nations exchanged MoU in support of the ‘Partnership for Technology in Peacekeeping’ initiative and to UN C4ISR Academy,” the Permanent Mission of India to the UN said in a tweet.

“As External Affairs Minister (EAM) Subrahmanyam Jaishankar said, training & capacity building of peacekeepers in technology is more important than ever.”

Jaishankar, on Aug. 18, chaired the UNSC open debate on Technology and Peacekeeping and said that as a country with a tradition of Peacekeeping and at the forefront of technology, proud to partner with UN on situational awareness platform-UNITE AWARE.

“The 21st-century peacekeeping must be anchored in a strong ecosystem of technology and innovation that can facilitate UN peacekeeping operations in implementing their mandates in complex environments,” Jaishankar said.

“After all, it helps them to adapt to changing conflict dynamics and take advantage of increased efficiencies. This is also in line with the Strategy for Digital Transformation of UN Peacekeeping which seeks to advance the use of technology across the Action for Peacekeeping (A4P) themes, including performance, safety, and security, politics, protection, and peacebuilding.”

“Denmark welcomes India’s initiative & is pleased to co-sponsor the UNSC resolution on Impunity of Crimes against Peacekeepers adopted today. Ensuring accountability is a top priority,” tweeted Denmark’s permanent mission to the United Nations.

The Indian External Affairs Minister would also preside over a briefing session on the six-monthly report of the UN Secretary-General on the threat posed by Islamic State (ISIL/Da’esh), under the agenda item “Threats to International Peace and Security caused by Terrorist Acts”.

“The devastating effects of the climate crisis on the lands and resources of peoples around the world, combined with growing socio-economic vulnerabilities, are converging with and fueling conflicts, causing further suffering,” said Guterres.

“As I stress in my Roadmap for Digital Cooperation, the international community must come together better to govern the digital space for good while addressing its many challenges,” said Guterres.

During this visit, Jaishankar would also have bilateral meetings with foreign ministers of other member states on the sidelines of these United Nations Security Council high-level events.