India Might Have Covid-19 Vaccines For Children By September

Phase 2 and 3 trials of India-made Covaxin are underway for those under 18. 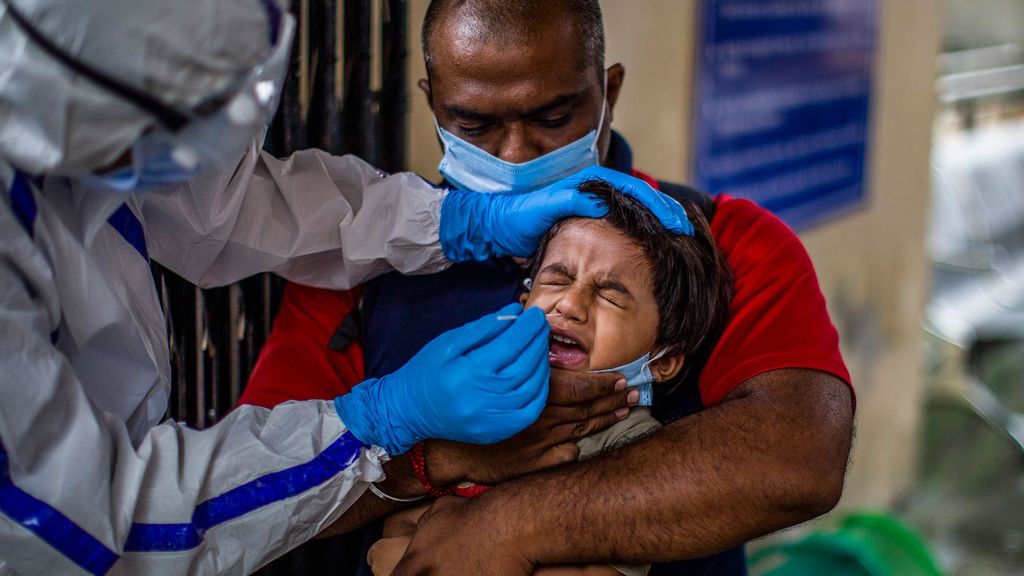 Indian health official uses a swab to collect sample from a child to conduct tests for the coronavirus disease (Covid-19), amid the spread of the disease, at Nehru Homoeopathic Medical College and Hospital, in New Delhi, India. (Yawar Nazir/Getty Images)

NEW DELHI — A Covid-19 vaccine could be available for use in Indian children by September or soon after it.

“Phase 2 and 3 trials of Covaxin [made in India by Bharat Biotech] are underway for children between the age of 2 and 18 years,” Priya Abraham, director of the Indian Council of Medical Research-National Institute of Virology, said in an interview with the Department of Science and Technology.

“Hopefully, the results will be available soon, which will then be presented to the regulators. So, by September or just after it, we may have Covid-19 vaccines for children.”

However, Bharat Biotech’s Covaxin is not the only vaccine in the works for children. Zydus Cadila’s vaccine trial for children is also underway.

“Zydus Cadila’s vaccine will be the first DNA vaccine available for use,” the scientist said.

“Besides, there is Gennova Biopharmaceuticals Limited’s mRNA [messenger RNA vaccine], Biological-E vaccine, Serum Institute of India’s Novovax, and another interesting one is an intranasal vaccine by Bharat Biotech.”

Randeep Guleria, director of All India Institute of Medical Sciences, Delhi, had also indicated earlier that the situation related to children’s vaccines would clear up by September.

“Vaccines for children in India should come out now because trials are already underway for vaccines available in the country,” Guleria said.

“Bharat Biotech’s trials are in the final phase, and by September, we will have the data.”

Child immunization against Covid-19, however, is only expected to begin once enough, if not all, adults are vaccinated. The government may prioritize vulnerable or at-risk children when the rollout does start.

Bharat Biotech’s Covaxin is likely to be authorized for use in ages two to 18 by the next month. The Zydus vaccine could be cleared by the end of August.

Abraham shed light on the efficacy of the vaccine against active Covid-19 variants in the community.

“Delta Plus variant is less likely to spread than the Delta variant, which is present in over 130 countries,” she said.

“In National Institute of Virology, we have studied antibodies produced in vaccinated people and have checked them against this variant. The efficacy of antibodies against Delta reduces two-three folds. Yet, the vaccines are protective against the variants.”

Responding to a question about whether a third booster dose is recommended, Abraham said: “Studies [on booster dose] have been going on overseas. At least seven different vaccines have been tried out for booster doses.

“The WHO [World Health Organization] has put a stop to it till more countries catch up with vaccination, but in the future, recommendations for booster dose will definitely come,” she said.

Recently, a virologist and Fellow of the Royal Society, Gagandeep Kang, had said that whether people will have more antibodies or will be better protected with the booster dose is still not known.