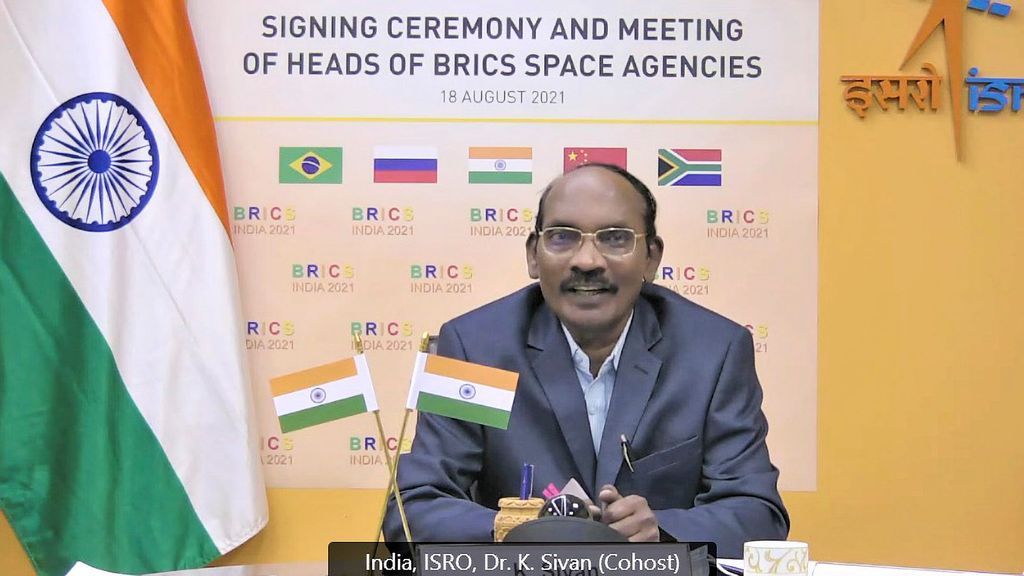 This comes after a video conference meeting of the heads of BRICS space agencies was held recently.

This agreement enables building a virtual constellation of specified remote sensing satellites of BRICS space agencies and their respective ground stations that will receive the data, the statement said.

This will contribute to strengthening multilateral cooperation among BRICS space agencies in meeting the challenges faced by mankind, such as global climate change, major disasters, and environmental protection, the statement said.

“BRICS reached major landmark today with the signing of Agr on BRICS Satellite Constellation by Heads of Space Agencies It will promote cooperation & use space data & applications for development & social objectives outlined in SDGs, providing benefit to citizens,” tweeted Sanjay Bhattacharyya, Secretary to Government of India in Ministry of External Affairs.

Indian Union Minister Piyush Goyal recently chaired one of the meetings of BRICS.

“BRICS members appreciated the need for adopting the emerging new technologies in a swiftly changing world and recognized this as an important tool for modernization and transformation of industry, promotion of inclusive economic growth, thus helping BRICS national economies to meet the Sustainable Development Goals” said the Ministry of Commerce and Industry in a statement of the meeting said.

“BRICS members agreed on the need to build human resources in line with the changing requirements accelerated by the new emerging technology to promote training and skills development of the related workforce and businesses through workshops, seminars, and exchange programs.”