Black Boxer Mykal Fox On Judge’s Racist Tweets: ‘It’s Like I Lost Before Entering The Ring’ 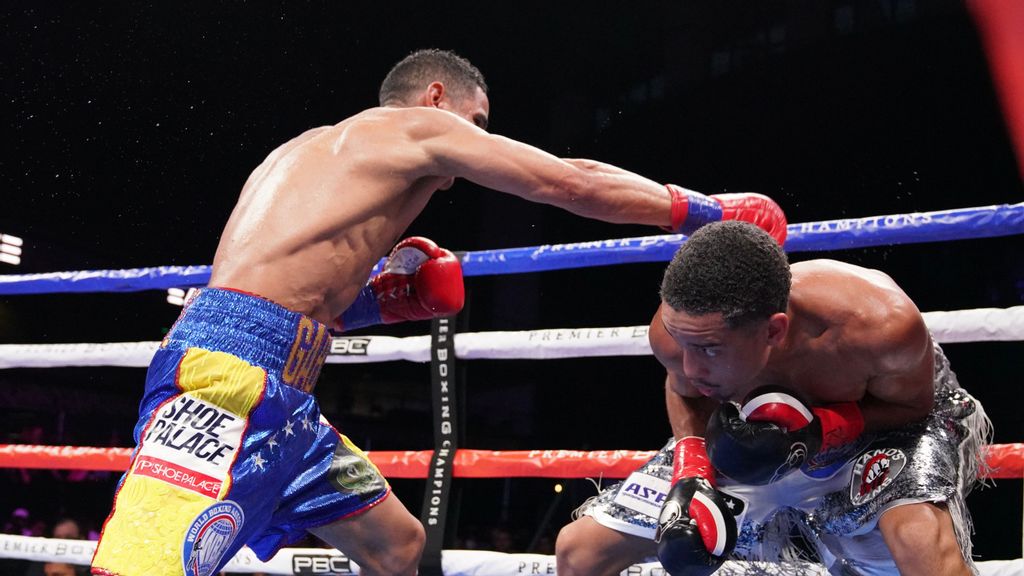 A veteran boxing judge has been hit with a one-two punch.

After coming under scrutiny for her scoring of a recent match, Gloria Martinez Rizzo has been suspended “indefinitely” by the World Boxing Association for racially insensitive tweets she posted last year and in 2018.

The match in question was between Mykal Fox and Gabriel Maestre for the interim WBA welterweight title on Aug. 7 at the Armory in Minneapolis, Minnesota.

When the bell sounded, Fox, a southpaw, felt he had won the bout.

After all, the nearly 6-foot-4 Fox out-landed the 5-foot-11 Maestre in overall punches, 157 to 131, and 38-23 in jabs, flooring the Venezuelan-born fighter for the first time in his career with a hard, left-hand counter in the second round.

Fox said after the fight that ringside commentator and two-time heavyweight champion Lennox Lewis “Told me he thought I won, 10-2, in rounds,” and trainer and analyst Joe Goossen “Had me winning, 11-1, in rounds.” Lewis and Goossen were ringside for the bout, which was televised on Fox Deportes.

“Dropping [Maestre] was a big deal,” said Fox, of Upper Marlboro, Maryland, who trailed, 119-108, in power shots. “I landed the cleaner, more eye-catching punches and made him miss, but landing that punch felt really good because last year I had broken that same hand.”

“The first two scores seemed a little close,” said Fox, a late replacement after Canadian southpaw, Cody Crowley, pulled out with a Covid-19 diagnosis. “But 117-110 seemed a more appropriate score for me to win by, especially when they said, ‘Winner by unanimous decision.’”

But Fox was wrong. And when the ring announcer stated, “And still undefeated,” he felt as if he had been knocked out since it meant he slipped to 22-3 (5 KOs), and the 34-year-old Maestre improved to 4-0 (3 KOs).

“I was in disbelief. I looked at my corner and they were all upset,” said Fox, who was summoned and consoled by Lewis during a private meeting before leaving the venue. “The first thing he said was, ‘Bro, you won that fight.’ To have one of the best heavyweights singing your praises was just what I needed because I was still pretty upset.”

But Fox felt even worse at his hotel room later that evening when he discovered a pattern of racist comments by Martinez Rizzo on her @GloriaRizz account. Revealed by BoxingScene.com writer and blow-by-blow commentator Corey Erdman, the statements maligned former First Lady Michelle Obama and NBA star LeBron James. (The tweets are not accessible, as Martinez Rizzo no longer has a Twitter account, Zenger found.)

“Obviously I watched the fight and was flabbergasted just like everyone else. I was on Twitter and noticed [Inside Boxing Live host] Dan Canobbio had pointed out that Gloria was married to [boxing promoter] Ricardo Rizzo, and [ringside scorer] Marcos Villegas mentioned that someone affiliated with the WBA might have also been in Maestre’s corner, so it piqued my interest,” said Erdman.

“I was curious to see if there was anything more nefarious about these people, and indeed there was. We often speculate about corruption and a lack of impartiality in boxing, but nothing ever seems to get pinned down. But here [with the tweets] you had an obvious example of someone with hateful views and biases that are plain to see. You cannot claim to be impartial when you’ve demonstrated that worldview.”

One of the tweets referred to Obama as “monkey face” in response to a story about her in 2018, while another from October 2020 suggested James “Is so stupid that the only thing he can do is play basketball” and “other than that go back to the stable.”

“Wow,” Fox, who is black, tweeted back to Erdman, “I was never gonna win on her card.”

“[Martinez Rizzo] picked two of the most influential African-Americans to speak [negatively] about their race,” said Fox. “Boxing has blacks, Hispanic and a lot of other [ethnicities], so you can’t have somebody who makes [racist] comments like that judging [black] fighters like myself. It’s like I had lost before entering the ring.”

Martinez Rizzo — who could not be reached for comment by Zenger — has since been “indefinitely” suspended the WBA “for violating the Code of Ethics, in addition to her wide scorecard the day of the Fox-Maestre fight,’ according to WBA president Gilberto Mendoza.

In addition, the interim crown has been declared vacant and an immediate rematch ordered with a 50-50 split between Fox and Maestre, according to the WBA.

“I definitely want to fight again this year, but as far as fighting [Maestre] again, the WBA is starting to get rid of interim titles,” said Fox. “So if there is an opportunity to take a fight for bigger money or in an eliminator, we’ll go after that.”

“If your opinion of somebody is to prejudge — which is what racism does — is it really possible to fairly judge somebody?” said Troy Fox, who’s also Mykal’s trainer. “If you’re someone who says ‘When it comes to judging, I throw racism out of the window,’ can they really do that?”