Afghanistan Too Big For Pakistan To Swallow, Too Big For Taliban To Govern: Amrullah Saleh

The self-proclaimed “caretaker” President of Afghanistan said that the country is too big for Pakistan to swallow. 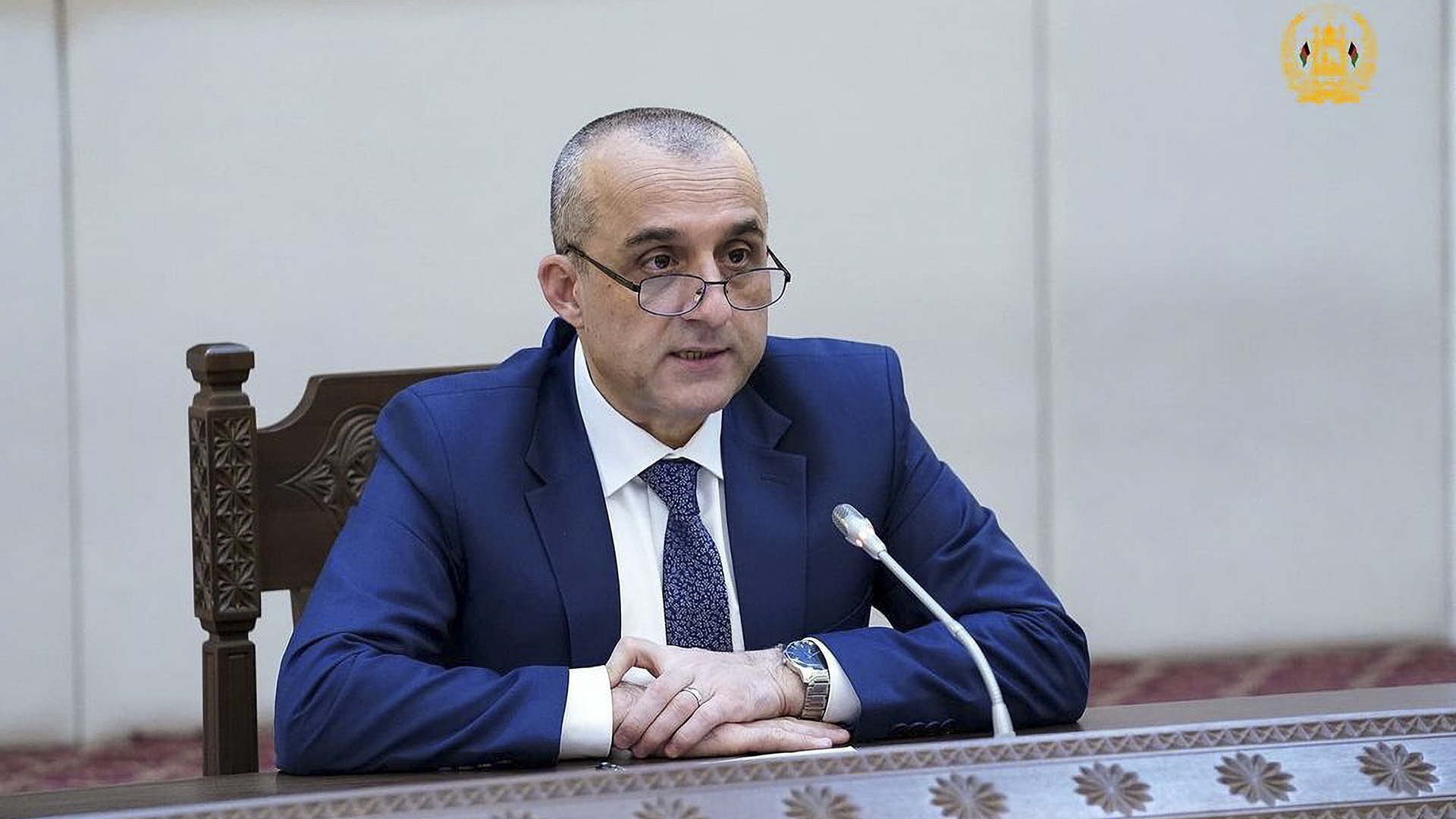 The self-proclaimed "caretaker" President of Afghanistan, Amrullah Saleh, claimed that the country of Afghanistan is too big for Pakistan to swallow and too big for the Taliban to govern. (@amrollah.saleh/Instagram)

“Nations must respect the rule of law, not violence. Afghanistan is too big for Pakistan to swallow and too big for Talibs to govern. Don’t let your histories have a chapter on humiliation and bowing to terror groups,” Saleh tweeted on Aug. 19.

His comments were in response to the tweet of Michael Johns, a former White House official.

“Afghanistan’s constitution, adopted in 2004, addresses the nation’s governance under the circumstances such as those that have just unfolded. In such a case, first vice president @AmrullahSaleh2 assumes the role of the presidency. Nations must respect the rule of law, not violence,” read the tweet by Johns.

Saleh responded by saying not to let your histories have a chapter on humiliation and bowing to terror groups.

Saleh, on Aug. 17, had declared himself as the “legitimate caretaker President” after President Ashraf Ghani fled the country.

“According to the explicit provision of the Constitution of the Islamic Republic of Afghanistan, in case of absence, escape or death of the President, the First Vice President, will be the acting President. I am inside the country, and I am legally and legitimately in charge of this position/chair. I am consulting with all the country leaders to strengthen this position,” tweeted Saleh on Aug. 17.

The terror group took control over Afghanistan on Aug.15 after entering the presidential palace in Kabul.

Saleh, a native of Panjshir Valley, was a member of the Northern Alliance formed when the Taliban came to power in 1996.

Recently, he vowed to never under no circumstances bow down to the Taliban.

“I will never, ever and under no circumstances bow to d Talib terrorists. I will never betray d soul and legacy of my hero Ahmad Shah Masoud, the commander, the legend, and the guide. I won’t disappoint millions who listened to me. I will never be under one ceiling with the Taliban. NEVER,” tweeted Saleh.

He also showed gratitude to the ones who fought for his country against the Taliban.

“I express my respect, support and, appreciation for the courageous and patriotic movement of the honorable people of my country in different places for raising the national flag against the Taliban proxy group,” Saleh tweeted.

“A number were honorably martyred in this way Salute those who carry the national flag & thus stand for the dignity of the nation & the country.”