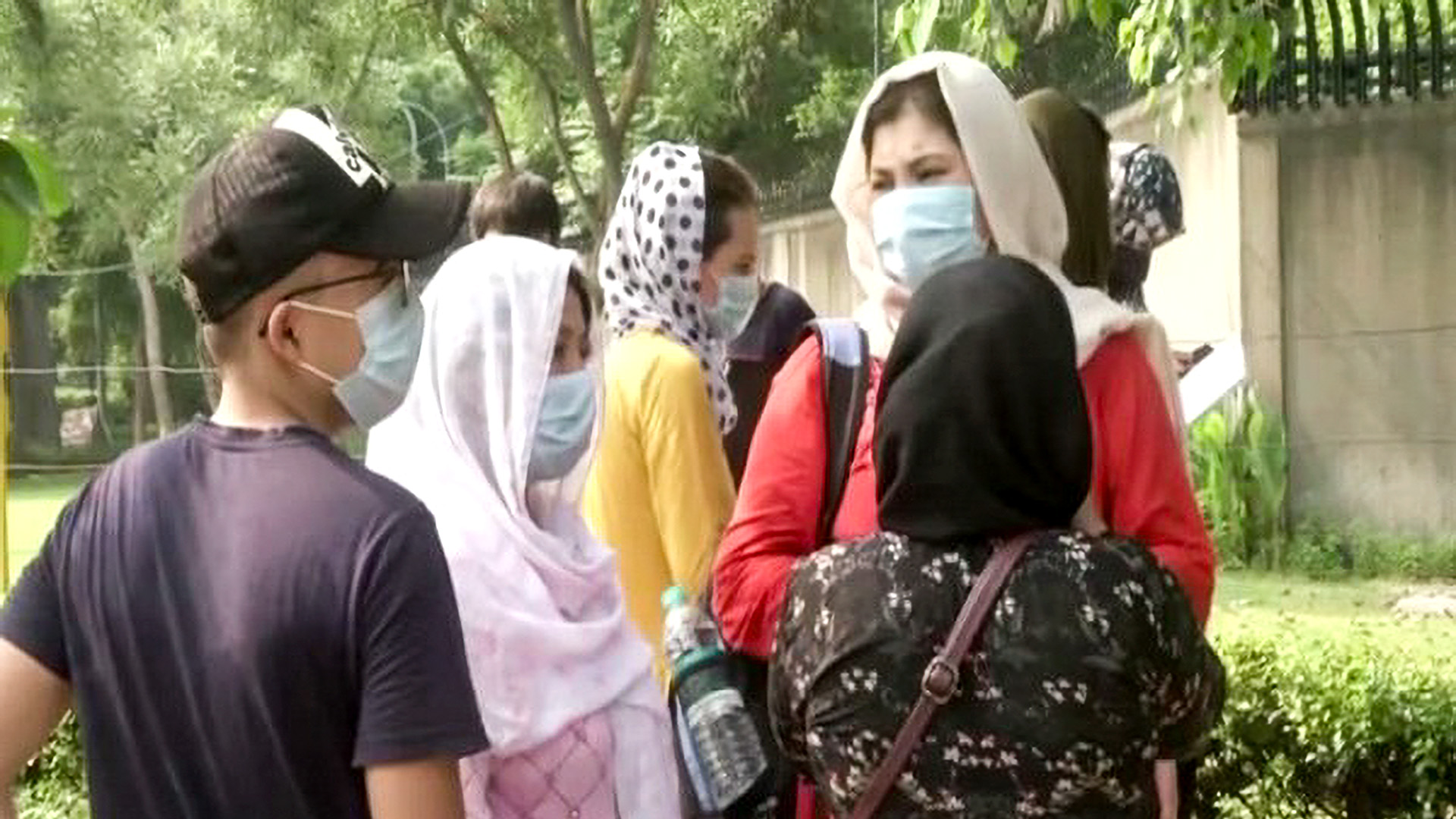 NEW DELHI – Numerous Afghan nationals have gathered outside the  Embassy of Australia in the Indian capital of New Delhi to seek their immigration visas following the recent takeover of Afghanistan by the Taliban.

Australia has recently said it will offer 3,000 places in its humanitarian visa program specifically for those fleeing Afghanistan. However, the country’s Prime Minister Scott Morrison clarified in a recent press conference that he noted that some are talking about figures of 20,000, but there are no clear plans about that.

Australia is not going into that territory.

“The Australian Government should provide at least 20,000 humanitarian places for Afghans in the wake of the Taliban takeover,” said  Australian Catholic Bishops’ Conference in a  press release.

“We heard that Australian Embassy is giving 3000 visas to Afghan nationals. When we came here, they gave us a form, which says we have to first send an email to  United Nations High Commissioner for Refugees, which will refer us to the embassy for visas, “an Afghan national who had turned up at the embassy said. “But the office of United Nations High Commissioner for Refugees doesn’t respond.”

“After Taliban captured our country, we can’t go back there. People are trying to come to India as refugees, but we are facing so many problems here. The United Nations Hugh Commissioner for Refugees’ office is not helping us with anything. My family has applied for a visa, and it has already been two years, but we don’t even get a call for the interview. “

Jalalzai added that it was impossible to fulfill the conditions for getting an Australian visa. It required a recommendation from United Nations Hugh Commissioner for Refugees.

“They are not calling us for the interview, then how will they recommend us. We are here for help, but they even told us not to stand outside here and called the police,” he said.

Syed Abdullah, another Afghan national staying in India for the past eight years, said that he has not yet received any help from United Nations High Commissioner for Refugees in these eight years.

“We have security issues. I received a death threat from the Taliban as I worked with a non-governmental organization aided by the European Union (EU) and United States (US),” said Abdullah.

“So I came here to get the visa promised to refugees, but we are not getting any clear answer,” said Abdullah. “

“India has always welcomed us with open arms. I have friends here who are ready to help me. But I would like to request United Nations High Commissioner for Refugees to help us in this situation,” said Abdullah.

External Affairs Minister Subrahmanyam Jaishankar said that India is following the events in Afghanistan “very carefully,” and the focus is on ensuring the security and safe return of its nationals who are still in the war-torn country.

“At this point of time, we are looking at the evolving situation in Kabul as Taliban and its representatives have come to Kabul, and I think we need to take it from there,” he said.

Being asked whether India will continue its investments and engagement in Afghanistan, the minister said the “historical relationship with the Afghan people continues.”

“That will guide our approach in the coming days. I think at this time, these are early days and our focus on safety and security of the Indian nationals who are there,” said Jaishankar.

He said that the situation in Afghanistan is “really what has been very much the focus of my engagements here, talking to the UN Secretary-General, the US Secretary of State, and other colleagues who are here.”

“At the moment, we are, like everybody else, very carefully following developments in Afghanistan. I think our focus is on ensuring the security in Afghanistan and the safe return of Indian nationals who are there,” said Jaishankar.

India is the president of the Security Council for August 2021.

The  Ministry of External Affairs on Aug. 19 urged Indian nationals who need assistance in Afghanistan to contact Special Afghanistan Cell, which the Indian government has set up to coordinate repatriation and other requests from the war-ravaged country.

It has set up a particular Afghanistan cell to coordinate repatriation and other requests from the war-ravaged country. The security situation deteriorated after Kabul fell to the Taliban.

The remarks, the first official reaction of the Ministry of External Affairs after the Taliban entered Kabul on Aug. 15 and took control of the presidential palace, noted that commercial operations from Kabul airport have also been suspended on Aug. 19. This has forced a pause in repatriation efforts.

«Previous Post
India Might Have Covid-19 Vaccines For Children By September»Next Post
Afghanistan Too Big For Pakistan To Swallow, Too Big For Taliban To Govern: Amrullah Saleh