A Herculean Task: Being A Paralympic Athlete In Mexico

Despite participating in many events where they dominate the field, Paralympic athletes struggle to get support from the country. 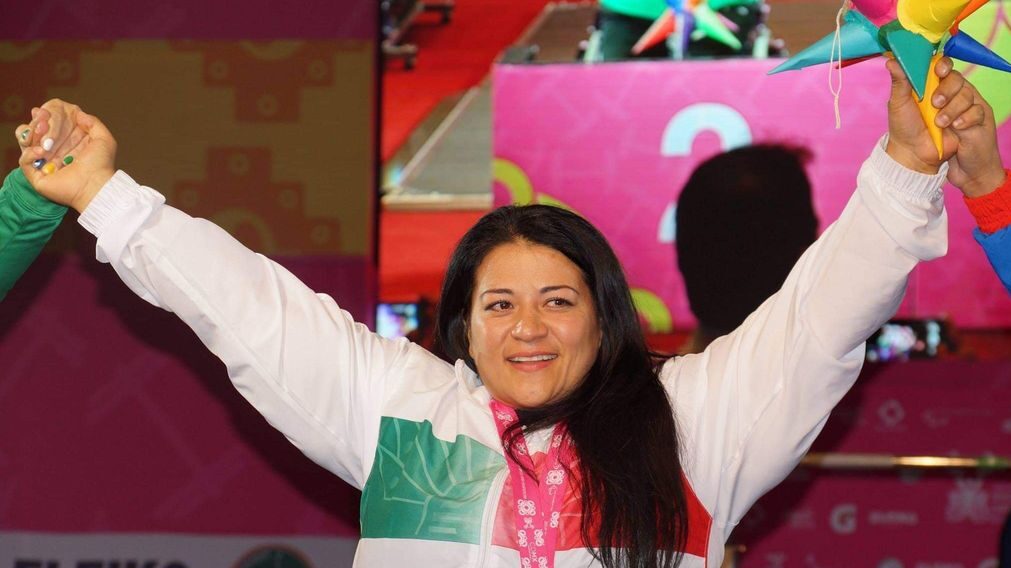 Patricio Bárcenas has won a silver and two bronze medals in different Paralympic Games. Mexico gives less support to Paralympic athletes, even though they win more medals for the country than Olympic athletes. (Courtesy Patricia Bárcenas)

MEXICO CITY — The Olympic Games are one of the most awaited sporting events in the world. They recently took place in Tokyo, without an audience due to the COVID-19 pandemic, which represented a substantial economic loss for the Japanese organizers despite broadcasting revenue.

The Paralympic Games are different. Though Paralympic athletes are just as passionate, disciplined and dedicated as Olympic athletes, their competitions are not as popular, and do not have the same level of audience, broadcasting or sponsorship interest, nor sporting support.

While for the Tokyo Olympic Games, the number of athletes from around the world was around 11,500, it is estimated that the number of Paralympic athletes will be about 4,400.

In Mexico, many athletes with disabilities face inequality, discrimination and a lack of opportunities.

For Erick Monroy, a 26-year-old Paralympic athlete who ranks 7th worldwide in the shot put, reaching Tokyo has been all but easy. Though he has the support of the National Commission for Physical Culture and Sport (CONADE), Monroy has had to pay with his own money for tickets to compete at national and international events and to buy his equipment. The lack of sponsorship worsens his situation even more.

“I have to pay for my travel tickets, expenses, competitions, and training camps to gain enough experience to reach a competitive level that allows me to reach the Paralympic Games or World Championships,” said Monroy, who was diagnosed with arthrogryposis multiplex congenita. As a result, he has fallen into debt, alongside his family, to participate in his second Paralympic Games. “I don’t see this as spending my money, but as an investment for my future. I am grateful that I qualified to the Tokyo 2020 Paralympic games.”

Despite their struggles, many athletes make extraordinary efforts to fulfill their goals. The Mexican Paralympic Committee has performed well at previous Games. In Arnhem, Netherlands, in 1980, they led the medal leader boards with 42 medals. In New York in 1984, they won 37 medals, and they won 34 medals at both the 2000 Sydney Games and the 2004 Athens Games.

According to Pedro Reynaga Estada, Faculty Head at the Physical Activity and Sport Psychology Laboratory at the University of Guadalajara, the mental state of the athletes is an essential factor, something that athletes with disabilities are better prepared to deal with, due to the many obstacles that they face in their daily life.

“Even though they have a physical limitation, these athletes have the mental endurance to overcome obstacles. They have to struggle constantly to live in a world that is not adapted to their physical needs, the social marginalization they suffer, and the many political and economic aspects that affect them. Yet, their resilience is spectacular,” he said.

Patricia Bárcenas, a Paralympic multi-medalist in powerlifting in Sydney 2000, Beijing 2008, London 2012, and Rio 2016, says she has more advantages than a person without disabilities. She had polio when she was two years old, which damaged her legs, leading her to adapt to a world where she has faced many kinds of prejudice, discrimination and lack of opportunities. She says these experiences have made her stronger.

“Life is much more than just training my body. I had to learn how to use my arms to help me do what my legs couldn’t. I was always watched by everybody every time I went out to have a walk. I heard, almost daily, children asking their mothers, ‘What does she have?’ ‘Why is her body that way?’, and some would answer back that it was because ‘she didn’t behave well,’ and things like that. So not only did I had to train my body, but I also trained my spirit. That’s the source of everything a human being can do: our thoughts,” she said.

Since she was little, Bárcenas learned from her father, who also has a disability, that things would not always be easy for her. Nevertheless, despite how hard it could be for her, everything she strived for would be possible.

The Mexican athlete had her most complex challenge in Beijing, where she competed just a few months after having a high-risk pregnancy. In those Paralympic Games, she had several opponents, including her team and the Paralympic authorities.

“I remember that after letting the weight rest on the bar, I covered my face with both hands and cried. I did not know what was going on. I couldn’t believe it,” she said. After that, the Paralympic authorities ordered her to do a doping test, but she tested negative.

Though they dedicate themselves just as much as Olympic athletes, Bárcenas says that government support is not the same.

“They give almost all the support to athletes without a disability. They get rewarded for all medals they gain; I have seen it. I have lived through it. They [the government authorities] demerit our efforts. A disabled weightlifter that breaks a world record and wins a gold medal still earns less than an Olympic athlete who wins silver, bronze, fourth or fifth place. They have more resources than us,” she said.

Both Mexican Olympians and Paralympians earn lifelong stipends that can go as high as 13,000 pesos ($650) per month for each gold medal they win; 11,000 monthly pesos for silver ($550); and 10,000 monthly pesos for bronze ($500). This stipend is granted under the Physical Culture and Sport General Law.

On the other hand, the Paralympic Committee won 15 medals — four gold, two silver, and nine bronze. In addition, the CONADE granted 43.7 million pesos ($2.1 million) shared among those Paralympíc athletes who won at least fifth place and its trainers and coaches.

For The Tokyo Olympic Games, in addition to the lifelong stipend, authorities confirmed that the athletes would have an additional monetary bonus. Mexican president Andrés Manuel López Obrador (AMLO) said athletes would be rewarded with “something special” without specifying an amount.

Paralympic athletes have said they have not received news about any support or bonus for them.

On June 26, 2021, Ana Gabriela Guevara, an Athens 2004 Olympic medalist and head of CONADE, ordered the cessation of the “High-Performance Athletes’ Fund” (Fodepar). This trust fund gave each month 20,359 thousand pesos ($1 million) to 600 high-performance athletes, among whom there were 99 Olympians and 81 Paralympians, as well as more than 200 coaches and trainers.

This goes per the proposal made by AMLO, with the support of his party Morena (National Regeneration Movement), before the Budget and Public Account Commission, which intends cut the budget by removing all federal trust funds. It is expected that the stipends will continue to be granted through the budget authorized by the CONADE.

For many Mexican athletes, representing their nation is much more than any political issue.

Bárcenas, who won silver in Sydney 2000, is participating in her sixth consecutive Paralympic Games. She is now not only the mother of two children but has recently become a grandmother. She comes to the Games ranked third in the world in powerlifting. She arrives healthy, despite having contracted COVID-19 in 2020.

For his part, Monroy arrives with the opportunity to win his first medal and represent his country.

Both athletes say the worst disability a person can have lies in their beliefs.

“Humanity as a whole call us ‘disabled people’. How many people believe themselves unable to stand out on their own without the help of anyone else? How many people, despite not having a disability, have to beg money on the streets, going so far as to ‘dress up’ with fake injuries? How many people believe themselves to be without any talent or ability? Those are ‘disabilities’ as well. Living is an opportunity in and of itself, and each one of us must live through it using all the skills and talents we have at hand, without discarding our dreams, hopes, and morals,” said Bárcenas.