Kimba, the 12-year-old stud, will have his pick of four females.
By Georgina Jadikovskaall August 19, 2021
Facebook
Twitter
Linkedin
Email 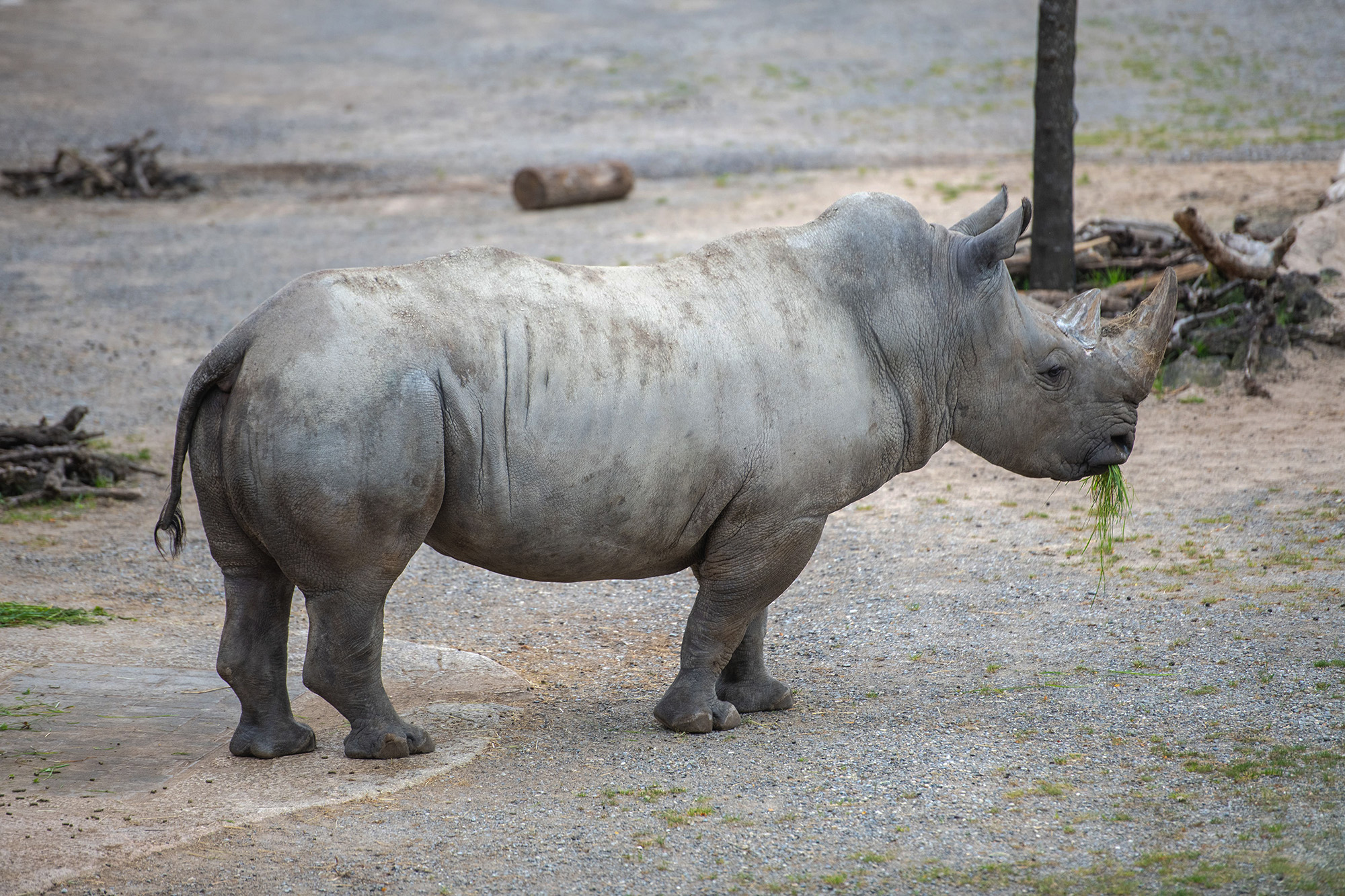 Twelve-year-old white rhino Kimba was brought to the Zurich Zoo in Switzerland to breed and help ensure continuation of the species. (Zoo Zurich, Pascal Marty/Zenger)

A southern white male rhinoceros, listed as near-threatened by the International Union for Conservation of Nature, is now at his new home in a Swiss zoo to breed and continue the species.

Twelve-year-old Kimba was born in the Knowsley Safari Park in London and brought to Switzerland on Aug. 5 from the Schwerin Zoo in Germany. After a 10-day quarantine, he has been released to the outdoor enclosures of the Lewa Savannah at the Zurich Zoo. Video shows him sniffing and exploring his new territory.

Kimba is a white rhinoceros (Ceratotherium simum) of the southern subspecies, which is listed as near-threatened. The northern rhinoceros subspecies is considered extinct.

Zoo authorities hope Kimba can secure the species’ longevity by providing offspring as part of the EAZA Ex-situ Program, formerly known as the European Endangered Species Program. The program aims to establish and maintain a stable population of white rhinos in European zoos. The rhinos were nearly exterminated by humans at the beginning of the 20th century; only 20-50 individuals have survived in South Africa.

As a result of protection efforts and various translocations, the population increased to around 21,000 animals by 2012. It has since declined to around 18,000 individuals, due to an increase in poaching.

Of the five extant rhino species — Indian, Javan, Sumatran, white and black — only the latter two can be found in Africa. The others inhabit the Asian continent.

The black rhinos eat leaves, but the white rhinos prefer to eat grass, which limits their range of distribution to grasslands and savannahs.

While male rhinos are mostly loners and prefer to remain in their comfort zone, females tend to be more social and raise their young in groups of up to 14 animals.

White rhinos are actually gray, not white. The confusion results from a misinterpretation of the Dutch word “wijde,” meaning wide, not white, and used to describe the rhino’s mouth.

The subspecies returned to the Zurich Zoo after a long absence, when the Lewa Savannah was built.

Young female Ushindi was the first white rhinoceros to be born in the zoo, after her mother, Tanda, was sent to Switzerland from the Ramat Gan Zoological Center in Tel Aviv, Israel, in May 2020.