VIDEO: Shell Of A Find: Two-Headed Turtle Discovered At Bottom Of Nest

A rare loggerhead hatchling, determined to be in perfect health, was released into the sea with its siblings.
By Darko Manevski August 19, 2021
Facebook
Twitter
Linkedin
Email 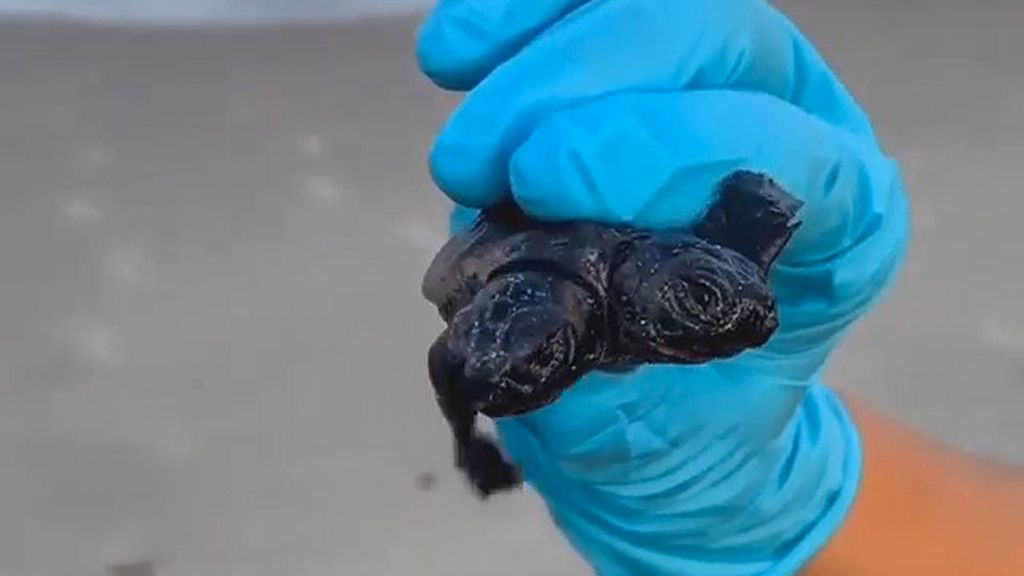 A rare two-headed loggerhead turtle hatchling found at the bottom of a nest on a beach in North Carolina was deemed healthy enough to swim into the Atlantic Ocean like its single-headed siblings.

Biologists with the National Park Service found the loggerhead (Caretta caretta) on Cape Hatteras National Seashore on the Outer Banks of North Carolina on Tuesday.

The tiny hatchling is seen in video being examined by a biologist from the National Park Service.

The biologists determined that the hatchling was in good health with strong flippers, so they released it into the water to join the others.

If the hatchling makes it to adulthood, it could reach a weight of 298 pounds and grow to 3 feet in length.

Loggerhead sea turtles are found in the Atlantic, Pacific and Indian Oceans, as well as the Mediterranean Sea. They are the most common turtle in the Mediterranean, but many of their nesting beaches are now threatened by tourism development.

The species gets its name from their large heads, which support powerful jaw muscles that lets them crush hard-shelled prey, such as clams and sea urchins.

Female turtles leave the water and come ashore to lay their eggs in large nests in the sand, which they create with their flipper-like legs. They may lay more than 100 eggs.

The International Union for Conservation of Nature lists the species as vulnerable. The biggest threats are the loss of nesting habitat due to coastal development, predation of nests for the eggs, and fishing nets.