VIDEO: Shark Gives Birth To ‘Miracle’ Baby Despite Never Having A Male In Her Tank

Is it an immaculate conception? The hound shark may be the first of its kind to reproduce asexually.
By Tijana Milikj August 19, 2021
Facebook
Twitter
Linkedin
Email 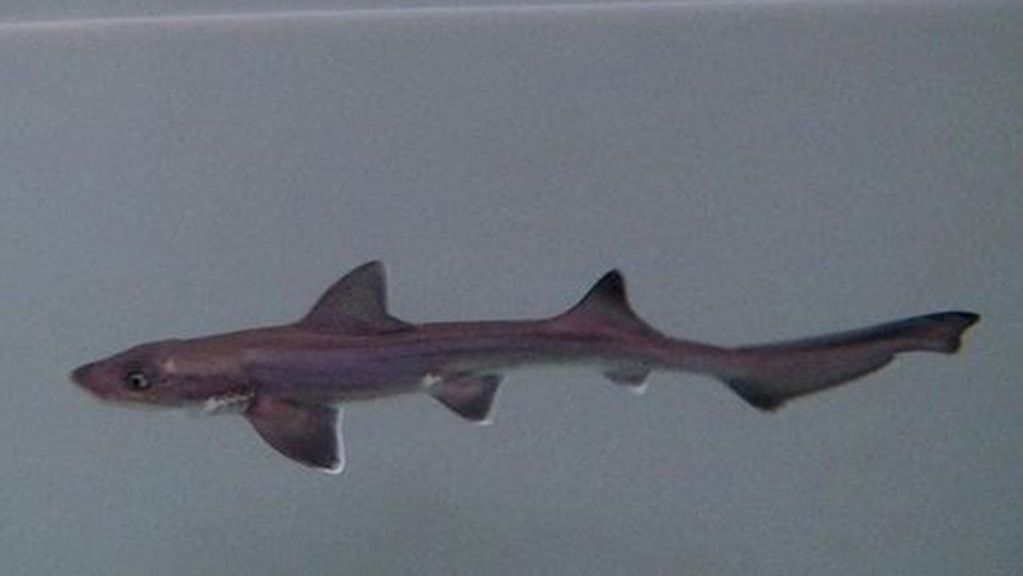 The birth of this shark by parthenogenesis — where the female egg is not fertilized by a male — may be the first of its kind in its genus, according to the staff at the Acquario di Cala Gonone in Sardinia, Italy, where it was born. (Acquario Cala Gonone/Zenger )

A baby shark is raising eyebrows in Italy because it was born to a mother who hasn’t had contact with a male for at least a decade.

The rare “miracle” has yet to be confirmed through DNA analysis, but it appears to be a case of what biologists call parthenogenesis — asexual reproduction.

The newborn, named Ispera, is likely the first such recorded case in her genus, known as Mustelus mustelus, according to staff at the Acquario Cala Gonone in Sardinia.

Scientists have confirmed asexual reproduction in other animals, in cases when a female egg develops into an embryo without being fertilized by sperm. The result is essentially a clone of the parent, an embryo with genetic material from only one individual.

One typical process for this form of reproduction is for an egg to be fertilized by another, less mature egg cell that behaves somewhat like sperm.

Most instances of asexual reproduction occur in plants and invertebrate animals like ants, wasps and bees. It has also been reported in other fish, reptiles and birds, species that normally reproduce sexually.

“Some female sharks can reproduce without a male to fertilize the eggs. … This has been documented in Bonnetheads, Blacktips and Zebra Sharks,” according to the nonprofit Shark Trust.

The mother, whose pregnancy came as a surprise to aquarium staff, has shared a single tank with another female shark for more than 10 years. No males have ever been present, according to the aquarium in Sardinia.

DNA samples from both female sharks have been sent to a laboratory for analysis.

“If confirmed by DNA analysis, it would be the first documented parthenogenesis in the world of Mustelus mustelus,” the aquarium said on Facebook.

“It would therefore be a scientific discovery of considerable interest since it could pave the way for research aimed at verifying how parthenogenesis is a process that the [smooth-hound sharks] also use in nature. ”

The smooth-hound shark, which is gray or gray-brown, is typically about 16 inches long at birth. Males reach 3.6 feet in length and females can grow to 5.4 feet. They are found in the East Atlantic Ocean from Great Britain to the Mediterranean, and in both Morocco and the Canary Islands. They are also found in South Africa along the Indian Ocean coast.

The International Union for the Conservation of Nature considers the species “vulnerable,” one step below declaring it “endangered,” according to published results of the organization’s 2016 Mediterranean survey. Aquariums in the region are trying to breed the sharks and understand how they reproduce in the wild.

“Ispera, the name chosen for the baby, in Sardinian means ‘hope,’ and a birth in the COVID era certainly is,” the aquarium said on Facebook.