VIDEO: Kidnap Cam: Shocking Footage Of Woman Screaming For Help As She’s Dragged Into A Van

The woman is safe, authorities say, and the van and others involved in the incident have been located.
By Darko Manevski August 19, 2021
Facebook
Twitter
Linkedin
Email 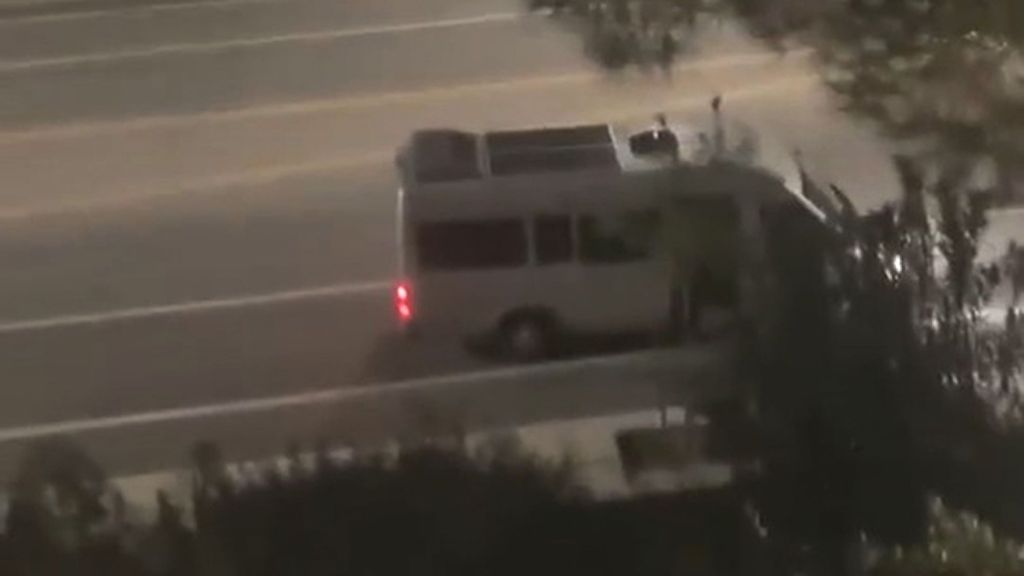 An unidentified man recorded video from a terrace or porch of a possible abduction of a woman in this van on Aug. 12. (@LASDHQ/Zenger)

Investigators in Southern California have found a van and a woman who may possibly have been abducted in it, but have not released any details on what was going on in a video of the incident that was released to the public.

The Los Angeles County Sheriff’s Department initially issued a tweet including the video of the Aug. 12 incident in Santa Clarita that labeled it as showing “suspicious circumstances.” In that same message, the department said it was seeking information on the white van and those involved in the incident.

A few hours later, the department tweeted: “The vehicle and the occupants involved in the above incident have been located and identified. The woman is safe; however, the incident is still under investigation.” No further information was released.

In the video, a woman can be heard screaming for help and is seen struggling with a person trying to get her into a passenger-side door of a van that is parked on the side of the road.

The video was recorded by an unidentified man from a terrace or porch overlooking the street.

The woman is heard screaming, “Somebody help me!”

The man who is recording the video yells “Stop!” In a lower voice, he says to another person with him, “They’re abducting her. Call 911!”

As the footage unfolds, the woman continues to resist being put in the van. A man’s voice is heard, saying: “Come on, baby. Let’s go. Come on.”

The man recording the video shouts “stop” again, and then calls out: “What are you doing?”

The woman taken into the van can be heard screaming again.

“Why are you doing this?” the man recording the incident shouts.

As the video ends, the van with the woman inside it then pulls away.

Overall, the crime rate in Santa Clarita — which is roughly 30 miles northwest of downtown Los Angeles  — is relatively low. In a recent study by business consultant AdvisorSmith, Santa Clarita ranked as the eighth-safest city out of 215 mid-sized cities studied across the nation.