Barker had earlier mentioned that he had dealt with Post Traumatic Stress Disorder (PTSD) from the crash.
By Zenger News Desk August 19, 2021
Facebook
Twitter
Linkedin
Email 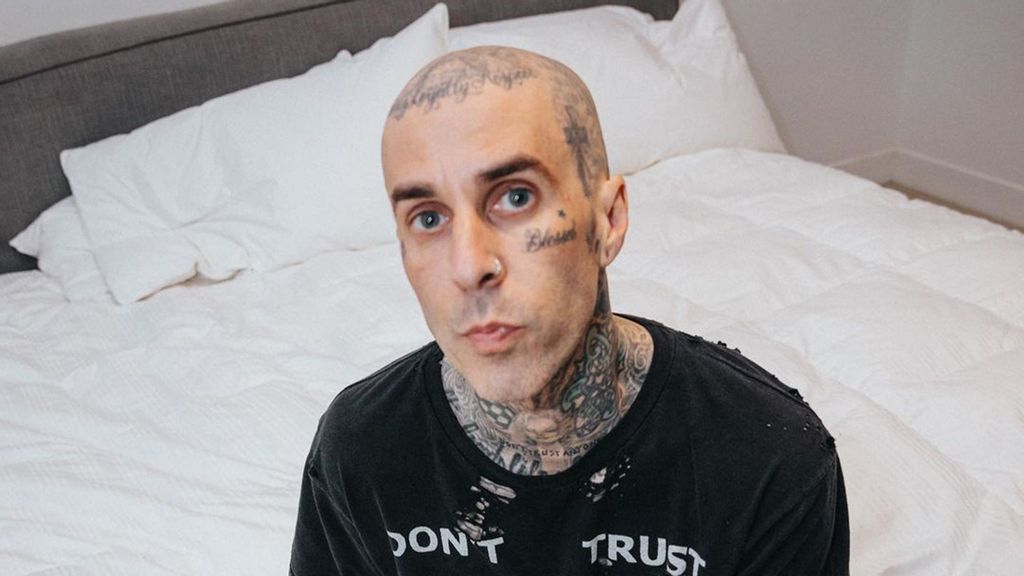 American musician Travis Barker recently flew in a plane for the first time since his deadly 2008 crash. (Travis barker, @travisbarker/Instagram)

WASHINGTON — Overcoming his fears, American musician Travis Barker recently flew in a plane for the first time since his deadly 2008 crash. He had previously stated he had dealt with Post Traumatic Stress Disorder (PTSD) from the crash.

The “Blink-182” rocker and his girlfriend Kourtney Kardashian flew to Cabo, Mexico, on Aug. 14, 2021, as per photos obtained by a news organization.

Pictures showed the celebrity couple leaving Los Angeles in Kylie Jenner’s private jet and deplaning once they landed safely in Mexico. The outlet reported that “momager” Kris Jenner and her boyfriend Cory Gamble were also on board.

On Aug. 18, 2021, Barker took to his Instagram handle and shared a picture with Kardashian.

In the snap, he can be kissing Kardashian as he picked her up in front of a white and pink jet.

“With you anything is possible @kourtneykardash (sic),” he captioned the picture, which marked his big step.

Back in 2008, Barker was in a plane leaving South Carolina, United States, when it caught fire, killing two pilots and Barker’s assistant and security guard.

Barker and Adam “DJ AM” Goldstein survived with severe burns, but Goldstein died a year later from a drug overdose.

Barker, who is 45, has previously opened up about Post Traumatic Stress Disorder following the crash and how it was a form of rehab, leading to him quitting his drug use.

“People are always like, ‘Did you go to rehab? And I [say], ‘No, I was in a plane crash.’ That was my rehab. Lose three of your friends and almost die? That was my wake-up call. If I wasn’t in a crash, I would have probably never quit,” Barker told a new outlet earlier in 2021.

However, the drummer, who confirmed his relationship with Kardashian in February, has been trying to overcome his fears.

He had earlier tweeted in June 2021 that he “might fly again.”

On the work front, Barker will be seen once again collaborating with the “Bloody Valentine” singer-rapper Machine Gun Kelly.

Kelly, whose real name is Colson Baker, announced the news by taking to his Instagram handle and sharing a video, where the duo can be seen showing off their matching tattoos.

“‘Born with horns’ the album. We’re back for round two&mldr; (sic),” Kelly wrote alongside the video.

In the snippet, Kelly and Barker have held up their left forearms to the camera as they give a good glimpse of fresh ink.

“Let’s f — ing goooo,” commented Barker as he later shared two pictures on his own Instagram handle with the same caption as Kelly’s.

For “Born with Horns,” Barker will serve as an executive producer.

This is not the first time that the singer-drummer duo has collaborated on an album. In 2020, the two had worked together for Kelly’s pop-punk album “Tickets to my Downfall.”