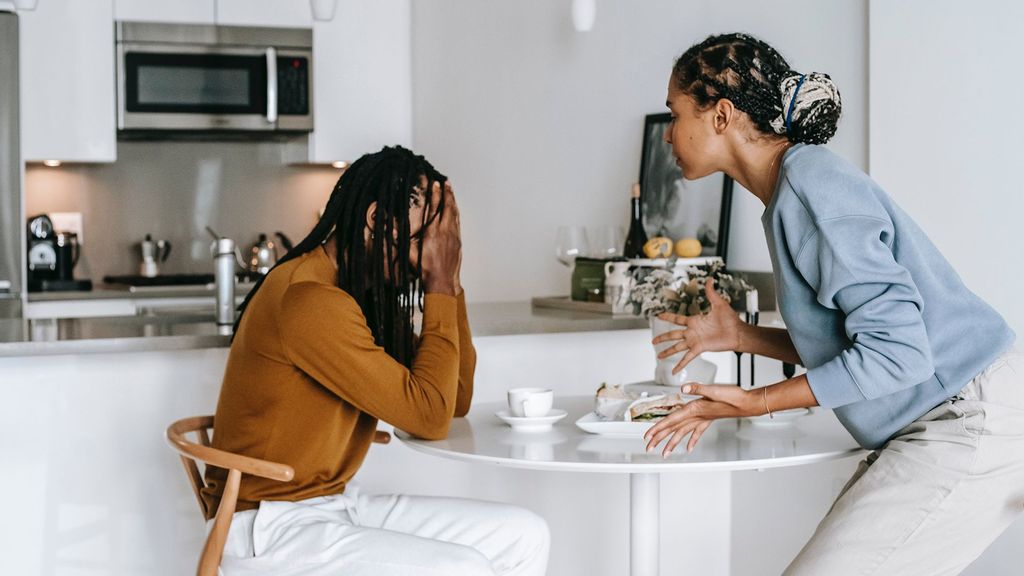 (Representative image) As per a new study, the implementation of shelter-in-place restrictions due to the pandemic has resulted in increased rates of physical and psychological aggression among couples. (Alex Green/Pexels)

WASHINGTON — The implementation of shelter-in-place (stay-at-home) restrictions due to the pandemic have resulted in increased rates of physical and psychological aggression among couples, says a new study led by Georgia State University researchers.

The findings of the study were published in the journal “Psychology of Violence.”

The study titled “Intimate Partner Aggression During the COVID-19 Pandemic: Associations With Stress and Heavy Drinking” found that the pandemic resulted in a six-to-eightfold increase in rates of intimate partner aggression across the United States.

Physical aggression increased from two acts per year before the pandemic to 15 acts per year once shelter-in-place restrictions began.

The findings indicated that stress related to the pandemic was strongly associated with the perpetration of intimate partner aggression, even among individuals considered at low risk.

“If you think about it, that [increase] represents an enormous shift in people’s day-to-day lives,” said Dominic Parrott, the study’s lead author, professor of psychology, and director of the Center for Research on Interpersonal Violence.

“It’s the difference between having a bad fight with your partner once a month versus twice a week.”

The study is among the first to document increases in the perpetration of intimate partner aggression following the onset of the pandemic in local communities.

Researchers recruited 510 participants in April 2020 — during the height of shelter-in-place restrictions across the United States — and asked them questions about the period before and after the onset of the Covid-19 in their community.

Participants answered questions about Covid-19 stressors, perpetration of physical and psychological aggression towards their partner, and heavy drinking, which facilitates aggression.

About half of the participants identified as a sexual or gender minority.

“People were suddenly under an enormous amount of stress, and we felt relatively certain that this was increasing aggression and violence,” said Parrott.

“There’s data showing that after natural disasters, for example, when basic resources are lost, and people have to live in close proximity, intimate partner violence goes up. Our fundamental aim was to document what was happening as a result of the pandemic.”

While rates of intimate partner aggression remained high among heavy drinkers, non-heavy drinkers were most affected by Covid-19 related stress.

The association between physical aggression after the onset of the pandemic and Covid-19 stress was apparent only in people who consumed fewer drinks per day.

“People who aren’t heavy drinkers may be able to prevent stress from affecting their relationships under normal circumstances, but we hypothesized that the extreme events of the pandemic might change that. And that’s how the data played out,” said Parrott.

These findings suggested a focus on couples’ acute and chronic stress is critical, regardless of their average alcohol consumption.

The study authors noted that policies designed to alleviate negative impacts of the pandemic — such as economic relief packages or policies that provide increased access to childcare and healthcare — may, in turn, reduce stress and perpetration of intimate partner aggression.

In addition, the broad implementation of public health policies aimed at mitigating the spread of the virus may also mitigate physical and psychological aggression.

“Most people wouldn’t think about intimate partner violence as a reason to offer an economic relief package, but our data suggest that it has potential to be an effective measure,” said Parrott.

“The data also suggest that typical high-risk groups are not the only ones at risk of perpetrating violence in this kind of crisis environment.”

“The stress of the pandemic is so profound and so ubiquitous that you need interventions or policies that hit big swaths of the population.”

At the individual level, the authors suggest that as-needed text-messaging interventions may be particularly useful during pandemics when social distancing is necessary.

Known as autonomous just-in-time interventions, these are increasingly feasible to deliver and require fewer resources, making them scalable for individuals who may not otherwise receive traditional in-person treatment.