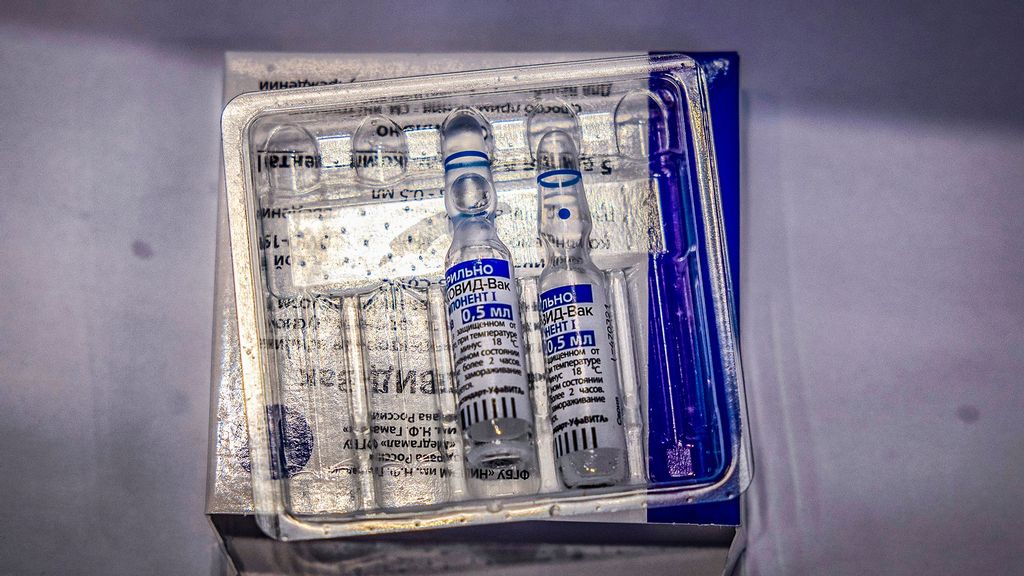 Russia announced that its one-shot Sputnik Light vaccine demonstrated 93.5 percent efficacy and high levels of safety against Covid-19 after use in Paraguay. (Ezra Acayan/Getty Images)

MOSCOW — Russia on Aug. 18 announced that its one-shot Sputnik Light vaccine demonstrated 93.5 percent efficacy and high levels of safety against Covid-19 after use in Paraguay.

“The one-shot Sputnik Light vaccine has proven to be highly effective against Covid among more than 320,000 subjects who had received the vaccine based on the data collected by July 30, 2021,” the Russian Direct Investment Fund (RDIF) said in an official release.

“Thanks to its safety and efficacy, single-component Sputnik Light vaccine is now both used on (a) standalone basis and also studied in combination with vaccines from other producers in several countries.”

After its success in creating a longer and more durable immunity against, the Russian sovereign wealth fund began striking partnership deals with other vaccine producers to conduct joint studies evaluating the use of a combination of the Sputnik Light (first component of Sputnik V) with other vaccines.

“In particular, the initial safety results of the world’s first study of a combination between Sputnik Light and the AstraZeneca vaccine in Azerbaijan demonstrates a high safety profile for the combined use of the vaccines with no serious adverse events or cases of coronavirus after vaccination,” said the statement.

The Russian Direct Investment Fund, Ministry of Health of Argentina, Ministry of Science of Argentina, and CONICET (Argentina’s main technical research agency) are conducting a study for the evaluation of the immune response and safety of heterogeneous regimens combining Sputnik Light and vaccines produced by AstraZeneca, Sinopharm, and Moderna in Buenos Aires, along with San Luis, Cordoba, and La Rioja provinces.

The results of the study will be published in a peer-reviewed medical journal.

“The one-shot Sputnik Light vaccine enables authorities of Paraguay to speed up the vaccination of the population and accelerate the creation of herd immunity,” said Kirill Dmitriev, chief executive officer of the Russian Direct Investment Fund.

“As demonstrated by data from the Ministry of Health of Paraguay, as well as and several other countries around the world, Sputnik Light has a high safety profile and one of the best efficacy numbers as compared to many two-shot vaccines.”