The lawyer defended the leaders of the historic 1970 student strikes in Los Angeles and disappeared four years later on a trip.
By Cesar Arredondo August 19, 2021
Facebook
Twitter
Linkedin
Email 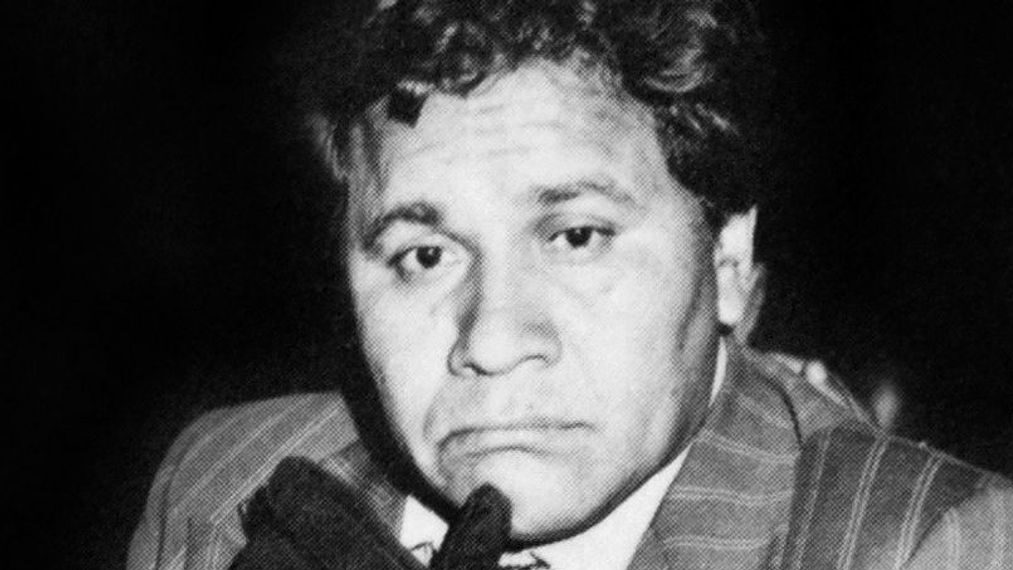 Oscar  “Zeta” Acosta joined the Chicano movement in the late 1960s. He was a lawyer, activist and writer.  (Public domain)

The works of Chicano lawyer, activist and author Oscar “Zeta” Acosta may now become a TV series, and perhaps a movie, nearly 50 years after his unresolved disappearance.

Writer, producer and showrunner Natalie Chaidez has reportedly acquired the film and TV rights to Acosta’s books “Autobiography of a Brown Buffalo” and “The Revolt of the Cockroach People.”

Hybrids of fiction and autobiography, both books tell Acosta’s account of coming of age in the 1960s, his challenges, activism and self-discovery. Their main character is the Chicano lawyer Buffalo “Zeta” Brown. Both works were published a few years before Acosta disappeared during a trip to Mexico in 1974.

Chaidez is an accomplished Latina filmmaker in Hollywood. Her credits include executive producing “Heroes,” “V,” “Terminator: The Sarah Connor Chronicles,” “12 Monkeys,” “Hunters” and “Queen of the South.”

“Heroes” earned her several award nominations, including the Primetime Emmy, Image Awards and Writers Guild of America Awards. “Queen of the South,” an action/crime/drama that recently ended after five seasons on the USA Network, won an Image Award and about ten other nominations.

Chaidez is currently a showrunner on the USA Network’s “The Flight Attendant,” which won two Rockie awards at Canada’s Banff World Media Festival.

To develop the projects based on Acosta’s books, Chaidez has teamed up with Phillip Rodriguez, a filmmaker who produced a 2017 documentary on the late Chicano author, “The Rise and Fall of the Brown Buffalo”.

Rodriguez also produced “Ruben Salazar: Man in the Middle.” It told the story of Ruben Salazar, an L.A. Times and Univision Chicano journalist killed by a county sheriff at the 1970 Chicano Moratorium — a movement of Mexican-American anti-war activists opposing the Vietnam War. He has also produced several other TV documentary series for PBS.

Joining Chaidez and Rodriguez is the up-and-coming screenwriter Joe Loya, a writer on “Queen of the South” with Chaidez. Loya has also written for NBC’s crime action series “Taken.”

Born in El Paso, Texas, Acosta rose to prominence when he moved to East Los Angeles and joined the Chicano movement in the late 1960s. As a lawyer, he represented the leaders of the historic East L.A. walkouts led by students in support of civil rights and better education for Mexican Americans.

Acosta is said to be the basis for the character of Dr. Gonzo in the 1971 novel “Fear and Loathing in Las Vegas” by Hunter S. Thompson. Terry Gilliam made the novel into a movie starring Johnny Depp and Benicio Del Toro — with the Puerto Rican actor playing Dr. Gonzo.