Depp is suing his ex-wife over a 2018 op-ed in a news outlet where Heard wrote about surviving domestic violence.
By Zenger News Desk August 19, 2021
Facebook
Twitter
Linkedin
Email 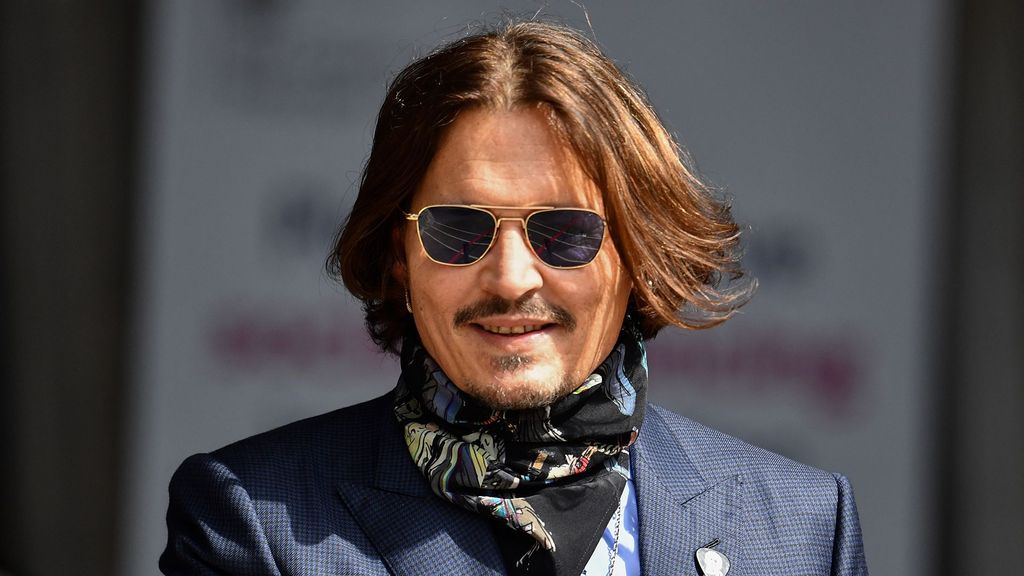 Despite a devastating legal loss in the United Kingdom, Johnny Depp has been allowed to move forward with his defamation lawsuit against his ex-wife Amber Heard. (Gareth Cattermole/Getty Images)

WASHINGTON — Despite a devastating legal loss in the United Kingdom, Hollywood actor Johnny Depp will get a second libel trial to try to show that he didn’t physically abuse his ex-wife Amber Heard.

Depp has been allowed to move forward with his defamation lawsuit against Heard, as per reports. The 58-year-old actor is suing his ex-wife over a 2018 op-ed in a news outlet where Heard wrote about surviving domestic violence. Heard never named Depp in the op-ed, but she did accuse the actor of domestic violence amid their 2016 split, which he denied.

In court documents, on Aug. 17, 2021, a Virginia judge granted the actor the right to pursue his lawsuit, denying Heard’s supplemental plea to dismiss the case after Depp lost his UK libel lawsuit against a British tabloid.

The “Pirates of the Caribbean” star lost his case against the British tabloid in November 2020, which called him a “wife-beater.” The court upheld the outlet’s claims as being “substantially true.”

Heard’s plea to dismiss Depp’s lawsuit, filed in Virginia in March 2019, came as the actor argued the UK judgment should hold sway on the proceedings in the US since both lawsuits center on allegations of the actor as an abuser.

Instead, Fairfax County Chief Judge Penney Azcarate rejected Heard’s plea, saying while the actor’s op-ed and the tabloid’s article may be similar in that they related to claims of abuse, the statements made by the tabloid and Heard’s in her op-ed were “inherently different.”

Azcarate added Heard hadn’t been named a party in Depp’s lawsuit against the tabloid because her op-ed was published after he sued the tabloid.

“I became a public figure representing domestic abuse, and I felt the full force of our culture’s wrath for women who speak out,” wrote Heard in her 2018 op-ed.

Three months after publication, Depp filed a defamation lawsuit against the actor for $50 million.

“Mr. Depp never abused Ms. Heard. Her allegations against him were false when they were made in 2016. They were part of an elaborate hoax to generate positive publicity for Ms. Heard and advance her career,” said Depp’s lawyers at the time of the lawsuit.

“This frivolous action is just the latest of Johnny Depp’s repeated efforts to silence Amber Heard. She will not be silenced,” said Heard’s representatives in response to the lawsuit.

“Mr. Depp’s actions prove he is unable to accept the truth of his ongoing abusive behavior. But while he appears hell-bent on achieving self-destruction, we will prevail in defeating this groundless lawsuit and ending the continued vile harassment of my client by Mr. Depp and his legal team.”

Following the loss of his libel case against the tabloid, Depp attempted to appeal. Still, two UK justices refused his application for a new trial because a second hearing was unlikely to produce a different outcome.

In a July 22, 2021 hearing transcript, Heard’s attorney Elaine Bredehoft said her client is still planning to donate one half of her total settlement to the American Civil Liberties Union and the other half to Children’s Hospital Los Angeles. While “it is undetermined what those payment schedules will be,” Heard has already made “the first payment toward the pledges” and then some specifically, “more than a million” each to the American Civil Liberties Union and Children’s Hospital Los Angeles.

“We produced the documents from the ACLU on how much she has. She has always said she fully intends to continue to give the full USD 7 million, but she can’t do it yet. She will do it when she can. But she has given a significant amount to both,” said Bredehoft.

In an interview with a news outlet last week, Depp claimed there was a “boycott” of him in Hollywood as he discussed his latest film, “Minamata.” The movie premiered in the UK last week but has not been given a United States release.

Depp plays W. Eugene Smith, a photojournalist who visited the town of Minamata in Japan in the 1970s to document the effects of mercury poisoning there.