Ayodhya and Korea have a historical connection through legendary Princess Suriratna of Ayodhya, who traveled to Korea in 48 CE.
By Zenger News Desk August 19, 2021
Facebook
Twitter
Linkedin
Email 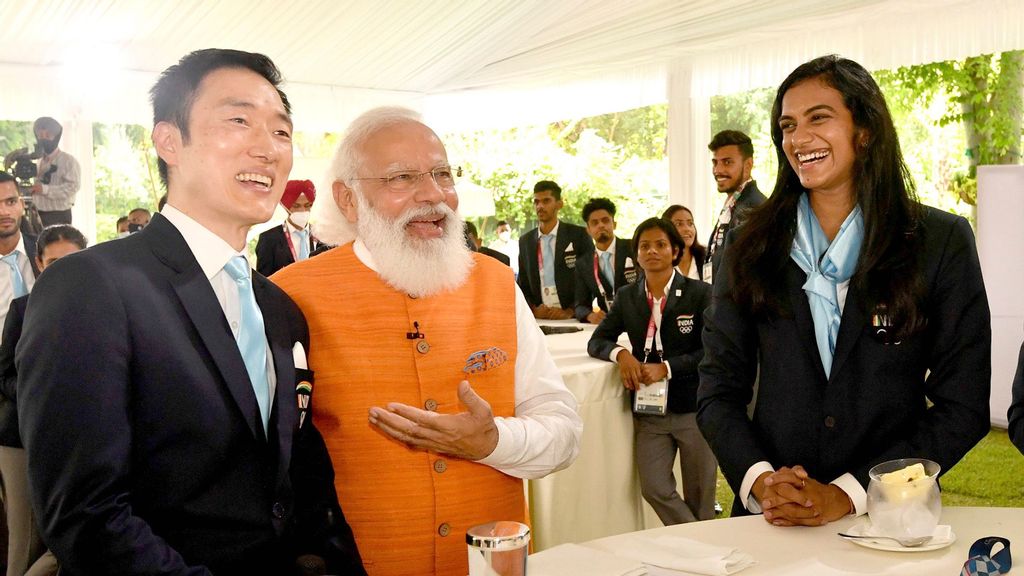 The conversation took place on Aug. 16, when the contingent of the Indian Tokyo Olympics went to the official residence of Modi to have breakfast with him.

Park Tae-sang joined the Indian National Team in 2019 and began coaching the men’s singles players. He later became the mentor for P.V. Sindhu.

During the interaction, Modi asked the South Korean coach if he knew anything about Ayodhya.

“There is a special relation between Korea and Ayodhya,” said Modi to Park Tae-sang during the event.

“Last time, the first lady, your president’s wife she came to attend the function in Ayodhya. You must visit Ayodhya, and you must know the history of Ayodhya. You will be proud.”

Ayodhya and Korea have a deep historical connection through the legendary Princess Suriratna of Ayodhya, who traveled to Korea in 48 CE and married Korean King Suro, as per a statement by the Press Information Bureau.

“She will be the Chief Guest at the Deepotsav event being organized by the State Government of Uttar Pradesh and the ceremony of the new Memorial of Queen Suriratna (Heo Hwang-ok) in Ayodhya on Nov. 6, 2018.”

Meanwhile, Modi also fulfilled his promise and had ice cream with two-time Olympic medalist P.V. Sindhu when he hosted the Indian athletes at his residence.

Mirabai Chanu had opened India’s medals tally in Tokyo Olympics as she bagged a silver in the Women’s 49-kilogram category. After winning the medal, Chanu honored the truck drivers who had given her a lift during her training days.

“When you honored the drivers, these things can only be done by someone who has high moral values. I feel every citizen of the country will get inspired by this,” said Modi.

The Government of India awarded Chanu the Padma Shri—the fourth highest civilian award— for her contributions to the sport.

In his Independence Day speech on Aug. 15, Modi applauded the Indian Olympic athletes and said the country was proud of them for bringing glory to the nation. Their feat has inspired future generations.

India recorded its best-ever medal haul at the recently concluded Olympics by bagging a total of seven medals— one Gold, two silver, and four bronze.