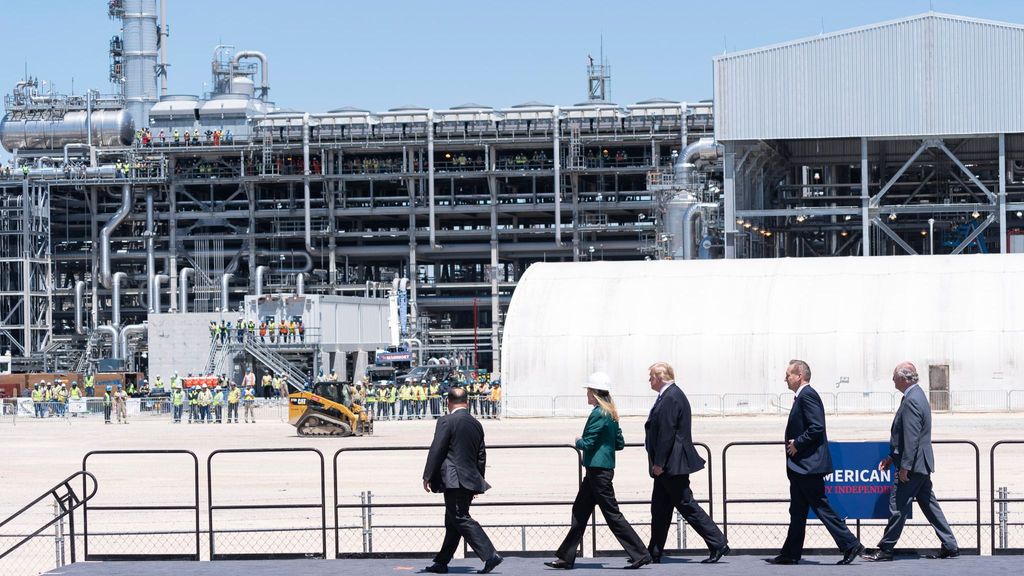 As analysts continued to project record growth of U.S. natural gas exports this week, environmental groups made renewed efforts to halt the construction of new liquefied natural gas export facilities, pointing their fingers at its “fracking” sources while advocating for the health of nearby residents.

Liquified natural gas exports shipped with oil tankers, will beat exports by pipelines — until recently the only way to export natural gas from the U.S. — by 600 million cubic feet a day in 2021, the U.S. Energy Information Administration announced on Aug. 16.

Monday’s milestone news occurred the day before several environmental groups told a U.S. Environmental Protection Agency advisory council that projects like the proposed Commonwealth LNG export terminal near Cameron, La. can have a big impact on the surrounding communities. The terminal will liquefy natural gas extracted from nearby wells, where it will be loaded onto tanker ships that will primarily deliver it to electrical power plants in Asia and Europe.

Beard’s group, along with the environmental group Sierra Club and several others, spoke at the EPA Environmental Justice Advisory Council meeting on Wednesday, August 18. In early August, several of those groups also petitioned the Federal Energy Regulatory Commission to halt development of the Commonwealth LNG terminal, which had proposed to enlarge its tanks.

On Tuesday, the company filed its reply to the commission, arguing the small scale of the modification — a proposed increase of the tank sizes by about 20 percent — did not significantly change the project which had already been under government environmental review.

The opponents of the project “make no attempt to demonstrate that increasing the capacity of the storage tanks in any way renders the Commonwealth LNG project inconsistent with the public interest,” the company wrote on Aug. 18 to the Federal Energy Regulatory Commission.

“To the contrary, as Commonwealth previously has demonstrated, the project will produce many local, regional, and national benefits, including temporary and permanent jobs, increased economic activity, the continued introduction of a stable source of domestic natural gas supplies to the global market, and the increased use of a less carbon intensive fuel source.”

Since liquefied natural gas exports began in 2016, this year they will for the first time exceed pipeline exports of natural gas, signifying the accelerating rise in the fuel that is being used to replace coal as countries across the world seek to meet aggressive climate goals.

Despite a sharp drop during the pandemic lockdown of summer 2020, liquefied natural gas exports rebounded to set export records in both November and December, a July 27 report showed. It then continued its upward trend in the first half of 2021, setting another record for production as exports averaged 42 percent more than the same period in 2020.

“U.S. exports of natural gas have grown substantially over the past decade, and in 2017, exports surpassed imports of natural gas for the first time since 1957,” the administration wrote on June 7. Whether by liquefied natural gas shipments or through pipeline exports, natural gas exports saw continued gains in 2020, increasing 13 percent overall from 2019, despite the pandemic slowdown.

As fracking helped boost U.S. natural gas production, more companies began constructing liquefied natural gas export facilities which liquefy the gas and allow it to be shipped overseas, where it is commonly used to replace coal-fired power plants as a source for electrical generation.

The first liquefied natural gas export facility in the lower 48 states, the Sabine Pass terminal in Cameron Parish, La., sent its first shipments in 2016, the Energy Information Administration said. Since then, newly opened export terminals in Elba Island, Ga., Freeport and Corpus Christi, Texas, and Cove Point, Md., have helped continue to drive up the exports.

The expanse of these facilities has worried some environmental groups, like the Sierra Club, which opposes expanded use of fossil fuels over the greenhouse gases they emit. But the Sierra Club is also concerned about using “fracking” to extract the natural gas, which it says contaminates drinking water, requires unacceptable draw downs on surface water and groundwater, and negatively impacts air quality.

“We are in a crisis moment that calls for the EPA to step up and protect people from the proposed build out of dozens of new fracked gas export facilities along the Gulf Coast,” said Leslie Fields, the Sierra Club’s national legal director in a release on Aug. 18.

However, proponents of natural gas have cited its utility as a transition fuel to help countries that are now dependent on coal to meet carbon dioxide emissions targets, Spencer Dale, chief economist at BP, told the Atlantic Council Global Energy Center on July 12. The British-based oil company said that it projected demand for natural gas to increase alongside the development of renewable energy sources like wind and solar.

Natural gas emits fewer greenhouse gases than coal and provides more reliability than renewable sources, Dale said, which is prompting many countries in Asia to rely on liquefied natural gas imports. In fact, natural gas will still be needed even with the most optimistic forecasts in renewable energy growth.

“There’s still not enough from renewable energy to meet the increased power demands,” Dale said. “A vast majority of growth has to be met through liquefied natural gas.”

Supporters have also defended the safety of liquified natural gas.