The film tells the story of America’s first youth mariachi band and the dark secret of its founder. 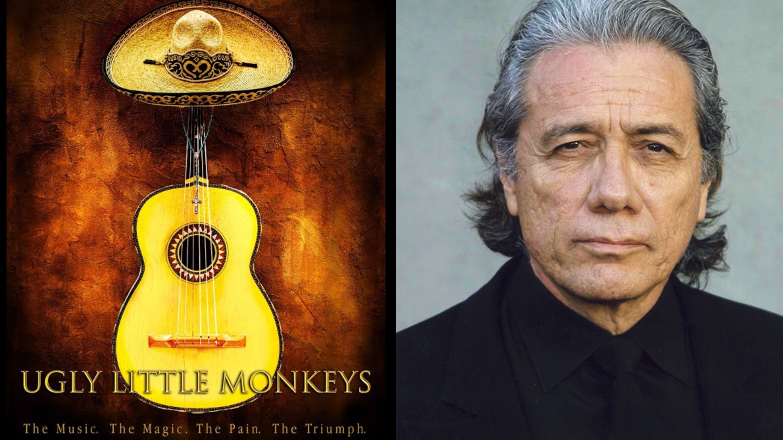 Academy Award-nominated Edward James Olmos has just signed on as executive producer for “Ugly Little Monkeys,” a documentary based on the true story of Los Changuitos Feos de Tucson, the first youth mariachi band in the U.S.

The good news comes as the Seed & Spark crowdfunding campaign passes the halfway mark to reaching its fundraising goal of $50,000. ULM Productions has already raised $28,000 since the campaign launched on June 21.

“I’m extremely proud to be a part of this project and helping to tell such an important story. It’s time everyone learns about the original Los Changuitos Feos and their contribution to the Mexican-American experience in this country,” said Olmos.

But the band bore the mark of a dark secret: the boys were abused by their musical and spiritual leader.

Their faith and support for each other were vital for them to overcome, and their will to rise above their trauma led them to become successful men, musicians and community leaders.

“We are thrilled to welcome Edward to the ULM Productions team,” said David Valdez, the film’s executive producer. “He is a valuable asset to our team, assisting in tapping into all the resources available to us as independent filmmakers.”

Olmos’ career in entertainment spans over 50 years, through which he has developed a signature style and aesthetic. His dedication to his craft has brought him attention across the industry and with audiences worldwide. He has participated in dozens of films, mainly playing Latino characters. Among his notable films are “Zoot Suit,” “Stand and Deliver,” “Walkout,” “American Me,” and “Selena.” As an activist, Olmos has raised his voice for the rights of Hispanics in the U.S.

Fundraising efforts to complete the film’s production are on track and continue to gain momentum as supporters seek opportunities to get involved with the project. However, it still needs community support to reach the finish line.

While the crowdfunding campaign offers some enticing incentives for donors, there will also be some FUNdraising events both online and live. One of them will be a benefit Happy Hour that will allow fans to gather safely for a meet-and-greet with some original band members. A benefit concert is also in the works.

The book “Bless Me Father For You Have Sinned,” written by original group member Wilfred Arvizu, inspired “Ugly Little Monkeys.” Valdez will direct the film and Enrique Castillo will be producer, co-director and writer.

To find the latest information on these events and the crowdfunding campaign, and to donate, visit: www.uglylittlemonkeys.com