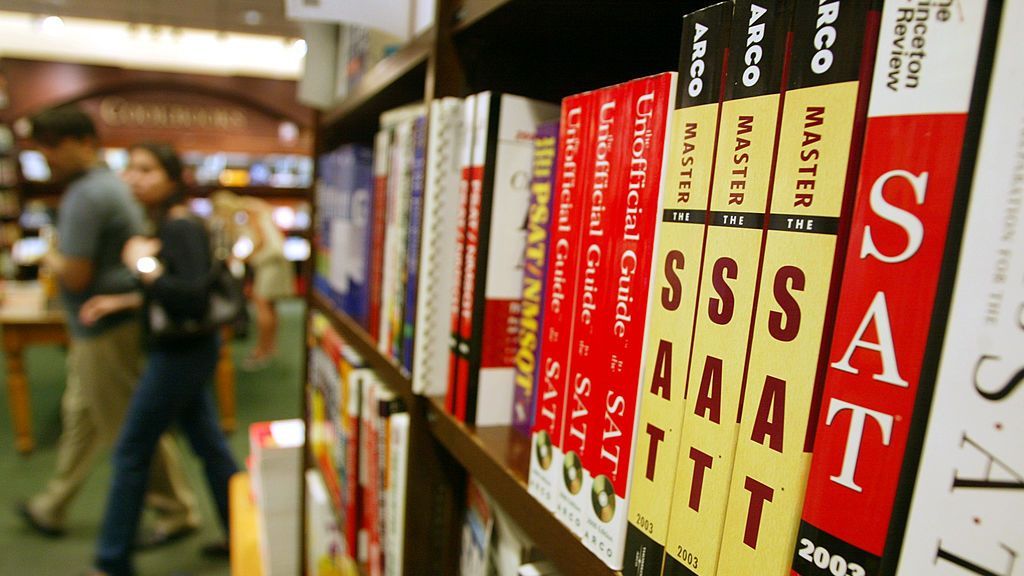 More than two-thirds of U.S. colleges and universities have scrapped standardized tests for application to the fall 2022 semester, leaving academic observers divided over the results.

The debate is whether the move will promote fairness in student enrollment or shift the focus to “gaming” admissions requirements.

A report released on July 29 by the National Center for Fair and Open Testing, or FairTest, states that “more than 1,600 four-year schools will not require students to submit ACT/SAT scores to be considered for fall 2022 enrollment.”

Schaeffer said he expects the number of test-optional institutions to increase, calling the policy shift a “win-win for both students and schools.”

“Study after study — the most recent from the University of California — has shown that eliminating admissions test requirements enhances undergraduate diversity without reducing academic quality,” Schaeffer said after the release of the FairTest report.

As colleges and universities prepare to accept students for in-person learning on campus next month, the debate about admissions methods comes in the wake of the COVID-19 pandemic. Most high school seniors were forced into virtual learning during extended lockdowns over the past academic year.

After going test-optional last year, the University of California system settled a lawsuit in May, agreeing to not consider SAT or ACT scores until 2025. The lawsuit argued the tests were unfair to students of color, those from low-income families and people with disabilities.

The California system later announced a record-breaking number of applicants for fall 2021 — and the system’s most diverse freshman class yet.

Unlike most states, Florida’s state university system refused to waive ACT/SAT testing requirements during the pandemic. Admissions plunged 50 percent year-on-year, due in part to limited test availability during the period.

Many of those in the field are divided on the merits of dropping admissions testing.

Craig Meister, an independent college admissions coach, said tests give colleges a rare objective measure of academic performance when “every other part of the application can be gamed.”

“I hate to say it, but the fact is everything else is much more game-able than a standardized test,” he said.

Meister believes test-optional policies are a way for colleges to maintain high average test scores while admitting a more diverse group of students where they see fit. For students admitted without SAT or ACT scores, Meister said, it is likely colleges would provide extra assistance and support so they don’t fall behind their peers.

Others say that SAT and ACT scores are not a strong predictor of college success, and that other metrics used by admissions officers are still in play.

Stephanie Niles, vice president for enrollment and communications at Ohio Wesleyan University in Delaware, Ohio, said test scores usually reflect only a student’s ability to find success in their first semester. After that, she said, high school GPA is the best metric.

Without standardized testing information, Niles said, there will be more emphasis on such factors  as GPA, class rank, essays, recommendations and other extracurricular activities, which she said are often more useful metrics for admissions staff.

“Those factors really weigh heavily in our decision, and tell us a lot more about the student and about their ability to be successful and to contribute than a test score ever did,” Niles said.

He believes that standardized testing, as opposed to the other metrics, has a disproportionate impact on students of color, first generation college students and low-income students — some of the very communities that Whitman College is trying to reach for its enrollment.

If admissions offices take the time to read applications, Miller said, they can usually gain the same insights as from a test score, without discouraging some students from applying.

The number of applications a college receives plays a key role in the logistics of admissions decisions, Luke Cornelius, director of higher education administration at the University of North Florida, told Zenger. Not all schools have as much  time as smaller schools such as Ohio Wesleyan and Whitman — each with around 1,500 undergraduates — to carefully read each application, he said.

The University of Central Florida, for instance, has 61,000 undergraduates. Cornelius questions how a school that size could feasibly sift through tens of thousands of applications each year.

“In that setting, rightly or wrongly, standardized test scores can help,” he said.

In the end, most colleges will probably have to decide what’s best for them, according to Meister, who thinks standardized tests will make a comeback “in some way shape or form.”

Whitman College’s Miller, however, said colleges might be pleased to find that the new no-test system allows the admission of a vibrant new cohort of students who had previously been ignored.

“I think they’ll probably find that the adjustment wasn’t as big as many feared,” Miller said. “As more and more colleges — including some really large generators of applications like the [University of California] system — move away from requiring testing … it’d be hard to turn that around.”