The quirky comedy is due for a digital release on the streaming platform Zee5 on Sept. 3, 2021.
By Zenger News Desk August 19, 2021
Facebook
Twitter
Linkedin
Email 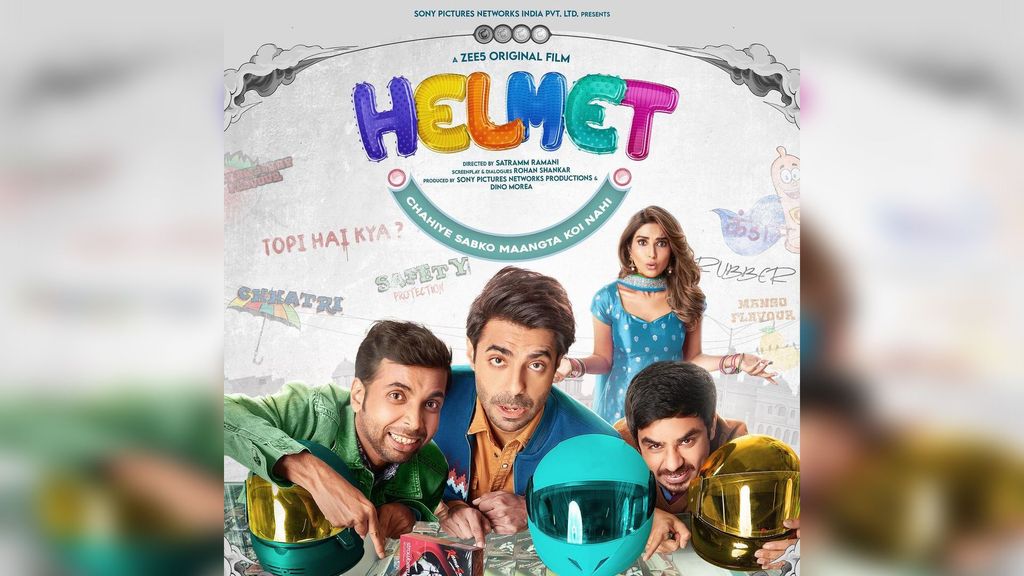 Satram Ramani directs the film with a screenplay and dialogues by Rohan Shankar. The film is a quirky depiction of the entrenched taboos and diffidence surrounding the simple act of buying condoms.

“This is a film which has been made with a sense of humor with a sweet message,” said Morea speaking about the upcoming film.

“I am also excited about the wonderfully talented ensemble cast, the refreshing storytelling by Satram, my director, and the way both entertainment and a certain intelligent sensibility blend together. Rohan Shankar’s dialogues will make you laugh out loud.”

Apart from the release date, on Aug. 18, 2021, the makers also unveiled the trailer of “Helmet.” In the preview, the viewers can see three men (Khurana, Abhishek Banerjee, and Ashish Verma) starting a business where they decide to sell condoms to those who are otherwise shy of buying them from local stores and chemists.

“‘Helmet’ is an important story with a subliminal social message tastefully packaged within the layers of comedy,” said Khurana.

“It was a huge responsibility to play the lead and maintain a fine balance in such a film but, the layers pushed me to travel an extra mile in search of my character.”

“I’m looking forward to changing gears with this one and feel really humbled by the shift that is unfolding in my life right now.”

Banerjee also expressed his excitement over the upcoming film.

“‘Helmet’ was shot during pre-pandemic time with a lot of masti (fun) with friends and goof-ups on set, and I believe it’s going to be full-on entertainment. It’s been almost two years since I have been waiting for its release, and I am really looking forward to it.”

Khurrana, who was is known for his films like “Saat Uchakkey,” “Dangal,” “Stree” and “Pati Patni Aur Woh,” was last seen in Aditya Bharadwaj’s 2020 drama “Iskool Bag.”

He will also be seen in Shashank Khaitan’s comedy film “Mr. Lele” opposite Kiara Advani, Bhumi Pednekar, and Vicky Kaushal.

Khurana is also set to make his digital debut with a web series called “Stardust,” directed by Vikramaditya Motwane.

The fictional series will be based on the clash between two top actors of the Indian film industry.