VIDEO: Funny Kind Of Fame: TikTok Comedian Who Can’t Get Through A Gag Without Laughing

The funny thing is, he used to be an insurance salesman.
By Arian Movileanu August 18, 2021
Facebook
Twitter
Linkedin
Email 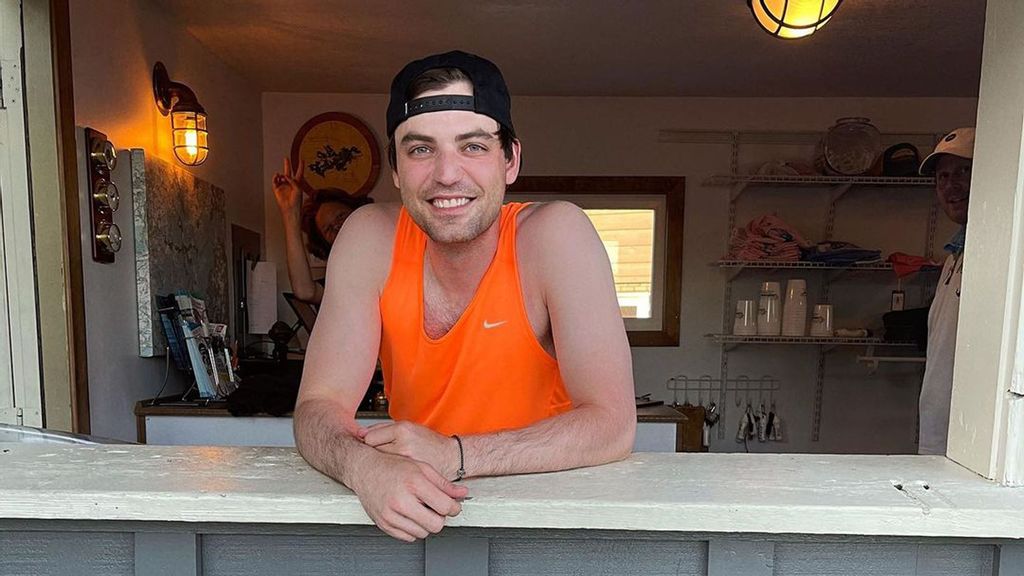 One of the hottest new comedians on TikTok didn’t always have a job he could laugh at. He used to be an insurance salesman.

Benjamin Tarrolly from Madison, Wisconsin, left his job last December — ahead of pandemic lockdowns — to become a fulltime social-media influencer.

Even while he makes others laugh with his online jokes, puns and social commentary on TikTok, it seems he can’t stop laughing at his own humor.

His short clips have millions of followers, allowing him to be a full-time media influencer known as “bentellect” on TikTok.

“I created my TikTok because my friends were constantly telling me I needed to get on the app and start making videos,” he said.

There is another big reason he enjoys comic relief. He was paid from a TikTok creator’s fund that helps beginners switch to full-time social-media influencer.

In addition to delivering one-liners, he also does short sketches, such as one where he follows instructions on the screen to search for a little green man — without success — then opens the kitchen cupboard and is confronted with a Martian. The video drew 5 million views.

Others include observations about life, pictures and weird facts he shares in a nonstop stream of mini clips.

His trademark is bursting into laughter at his own jokes just before ending the video.

Asked about the laugh, he said he has to be real: “I don’t ever pre-record videos because I like my videos to be genuine and natural.”

He began by repeating short tweets part-time, drawing on material he had saved for years. He typically reads a half-dozen for each video. This results in lines such as: “If I say good night and an hour later I’m still online, it’s not that I lied, it’s just that I failed (laughter).” Or, “Imagine being so single that when you listen to a romantic song, nobody comes to your mind.”

He said he used to record his videos during his lunch break, and once they took off, he decided to go full-time. Fans started sending him material, which made the task easier.

“I find a lot of my ideas on the internet, whether it be random threads on Instagram or just researching for weird facts on Google.” he said. “I like to give people funny videos and also informative ones. I usually post a mix of tweet-reading videos, thread videos and comedy skits. It depends on what I’m feeling that day.”

His older sister, Tiffany, has an online marketing business and helps with publicity, merchandise and video ideas. Despite her enormous faith in him, she is still amazed at his success. Tarrolly has even started selling T-shirts with some of his favorite expressions.

“I had no clue things would get as big as they are,” he said. “When I first joined TikTok, I was just bored and filming videos for fun and to show my friends. It is still so crazy to me that I have a following. But I try not to focus on that and instead focus on putting out different content for my fans to enjoy.”