The driver lost control after a medical crisis, but is recovering from the ordeal. 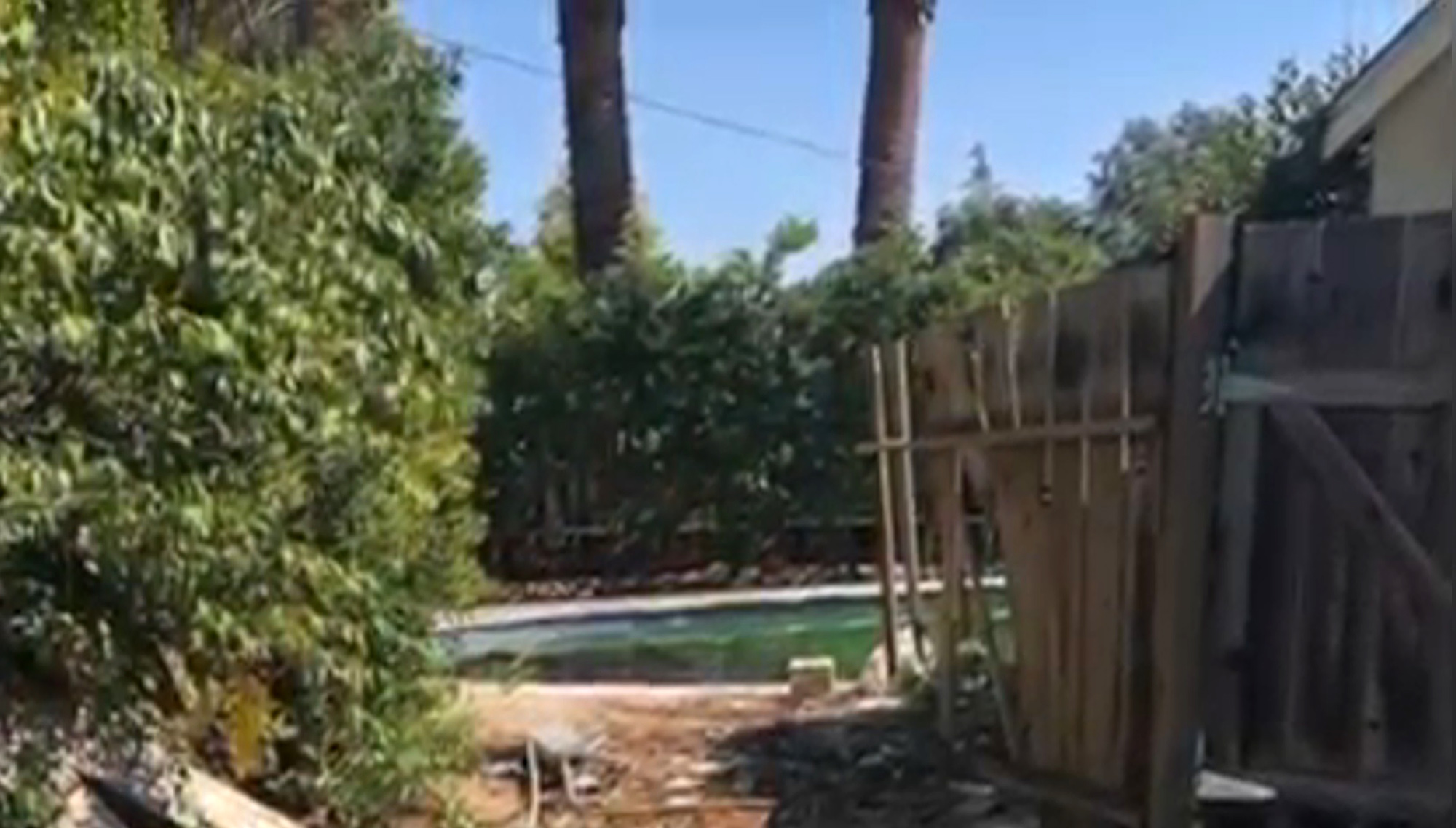 An SUV crashed through a fence and into a backyard pool in Walnut Creek, California on Aug. 16. The police officer who rescued the elderly driver later performed life-saving measures. (@walnutcreekpd/Zenge)

A California police officer dove into action — literally — to save an elderly driver who drove his SUV through a backyard fence and into a private swimming pool.

The Walnut Creek Police Department said in a Facebook message that the driver, who the department did not name, likely “suffered a major medical emergency” before crashing on Aug. 16.

Officer Michael Czyz was first on the scene. He saw a Ford Explorer quickly sinking — and it slipped underwater completely in the seconds it took him to jump into the pool.

Czyz “performed lifesaving measures on the driver,” keeping the man alive until fire and rescue responders arrived to take him to a hospital. Police described the man as “stunned” after the accident.

The Walnut Creek Police Department said in a statement that Czyz arrived to find the SUV “starting to become quickly submerged underwater with the driver inside, unable to get out.”

“Realizing he did not have time to wait for resources to arrive, Officer Czyz did not hesitate. He jumped into the pool and removed the driver from the vehicle that was now completely underwater.”

The department quoted its hero saying: “I’m just glad I could help.”

It released audio from a police dispatcher who directed Czyz and other first responders to the scene, and paired it with a series of photos — including images of water above the SUV’s roof, and of a grinning Czyz accepting a towel upon his return to the police station.

“The driver’s still in the vehicle, inside the pool,” the dispatcher says in the audio, adding the citizen who reported the accident couldn’t get the driver to safety.

“The car’s going under. We’ll try and get it,” an officer says. When the dispatcher asked moments later what happened to the officer, another voice responds: “He jumped in the water. His radio probably doesn’t work.”

In the next radio dispatch, the officer says the car is “fully submerged” and the driver has been removed.

Walnut Creek Mayor Kevin Wilk posted his gratitude online: “Excellent job Officer Czyz and WCPD! I spoke with the family whose home this is, and they are fine and had nothing but compliments for the officers who came and helped and saved a man’s life.”

Czyz joined the Walnut Creek Police Department in November 2017, according to his LinkedIn profile.

Monday’s incident wasn’t the first time a car crashed into a swimming pool.

Police in Arlington, Texas responded in August 2020 to a report that an SUV had crashed through a wooden fence and into a backyard pool. The driver was not hurt and police classified it as an accident. In a similar case a week earlier, they arrested a driver on suspicion of Driving While Intoxicated.