To Boldly Glow: How Our Solar System Owes Its Creation To Radioactive Dust

Now study shows how the Sun could have been helped by an exploding supernova's radioactive elements.
By Zenger News Desk August 18, 2021
Facebook
Twitter
Linkedin
Email 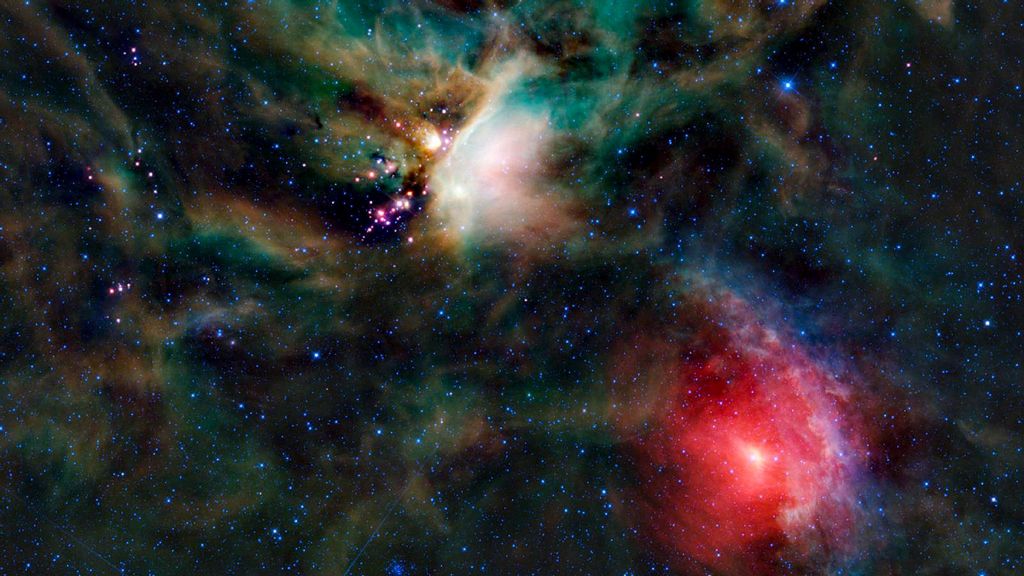 A rich collection of colorful astronomical objects is revealed in this picturesque image of the Rho Ophiuchi cloud complex from NASA's Wide-field Infrared Explorer, or WISE. (NASA)

WASHINGTON — There is a 59 percent chance the short-lived radioactive elements that went into making the Earth’s solar system were the legacy of a massive dying star, and significantly greater odds suggest they came from multiple sources, a new study has found.

A study of the Ophiuchus star-forming complex has offered new insights into the conditions in which our own solar system was born, and the findings were published in the journal ‘Nature Astronomy.’

A region of active star formation in the constellation Ophiuchus is giving astronomers fresh insights into the conditions in which the solar system was born. In particular, the study showed how the solar system might have become enriched with short-lived radioactive elements.

Evidence of this enrichment process has been around since the 1970s when scientists studying certain mineral inclusions in meteorites concluded that they were pristine remnants of the infant solar system and contained the decay products of short-lived radionuclides.

These radioactive elements could have been blown onto the nascent solar system by a nearby exploding star (a supernova) or by the strong stellar winds from a type of massive star known as a Wolf-Rayet star.

The authors of the new study used multi-wavelength observations of the Ophiuchus star-forming region, including spectacular new infrared data, to reveal interactions between the clouds of star-forming gas and radionuclides produced in a nearby cluster of young stars.

Their findings indicated that supernovas in the star cluster are the most likely source of short-lived radionuclides in the star-forming clouds.

“Our solar system was most likely formed in a giant molecular cloud together with a young stellar cluster, and one or more supernova events from some massive stars in this cluster contaminated the gas which turned into the sun and its planetary system,” said co-author Douglas N. C. Lin, professor emeritus of astronomy and astrophysics at UC Santa Cruz.

“Although this scenario has been suggested in the past, the strength of this paper is to use multi-wavelength observations and a sophisticated statistical analysis to deduce a quantitative measurement of the model’s likelihood.”

The first author of the study, John Forbes, said data from space-based gamma-ray telescopes enable the detection of gamma rays emitted by the short-lived radionuclide aluminum-26.

“These are challenging observations. We can only convincingly detect it in two star-forming regions, and the best data are from the Ophiuchus complex,” the research fellow at Flatiron Institute’s Center for Computational Astrophysics said.

The Ophiuchus cloud complex contains many dense protostellar cores in various stages of star formation and protoplanetary disk development, representing the earliest stages in the formation of a planetary system.

By combining imaging data in wavelengths ranging from millimeters to gamma rays, the researchers were able to visualize a flow of aluminum-26 from the nearby star cluster toward the Ophiuchus star-forming region.

“The enrichment process we’re seeing in Ophiuchus is consistent with what happened during the formation of the solar system five billion years ago,” Forbes said.

“Once we saw this nice example of how the process might happen, we set about trying to model the nearby star cluster that produced the radionuclides we see today in gamma rays.”

Forbes developed a model that accounts for every massive star that could have existed in this region—including its mass, age, and probability of exploding as a supernova—and incorporates the potential yields of aluminum-26 from stellar winds and supernovas.

The model enabled him to determine the probabilities of different scenarios for the production of the aluminum-26 observed today.

“We now have enough information to say that there is a 59 percent chance it is due to supernovas and a 68 percent chance that it’s from multiple sources and not just one supernova,” Forbes said.

This type of statistical analysis assigns probabilities to scenarios that astronomers have been debating for the past 50 years, according to Lin.

“This is the new direction for astronomy, to quantify the likelihood,” said the co-author and professor.

The new findings also showed that the amount of short-lived radionuclides incorporated into newly forming star systems could vary widely.

“Many new star systems will be born with aluminum-26 abundances in line with our solar system, but the variation is huge — several orders of magnitude,” Forbes said.

“This matters for the early evolution of planetary systems since aluminum-26 is the main early heating source. More aluminum-26 probably means drier planets.”

The infrared data, which enabled the team to peer through dusty clouds into the heart of the star-forming complex, was obtained by co-author Joao Alves at the University of Vienna as part of the European Southern Observatory’s VISION survey (Vienna Survey in Orion) of nearby stellar nurseries using the Visible and Infrared Survey Telescope for Astronomy (VISTA Telescope) in Chile.

“There is nothing special about Ophiuchus as a star formation region,” Alves said.

“It is just a typical configuration of gas and young massive stars, so our results should be representative of the enrichment of short-lived radioactive elements in star and planet formation across the Milky Way,”