The Bee-Pocalypse: How A Fall In Pollinators Could Wreck World Food Supply

New study will show how two thirds of some crops could be wiped out if bee populations keep falling.
By Zenger News Desk August 18, 2021
Facebook
Twitter
Linkedin
Email 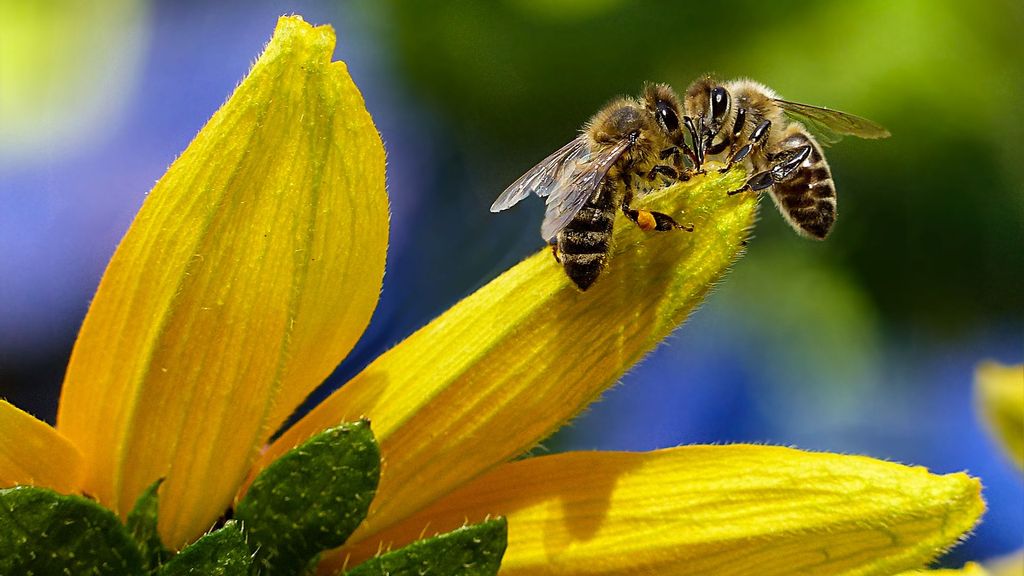 (Representative image) Disappearing habitats and the use of pesticides are driving the loss of pollinator species around the world, posing a threat to ecosystem services that provide food and wellbeing to many millions. (Pixabay/Pexels)

CAMBRIDGE, England — The first planetary risk index of the causes and effects of dramatic pollinator declines and their impact on humanity has been attempted to create with new research.

The findings of the research were published in the journal ‘Nature Ecology and Evolution.’

Disappearing habitats and the use of pesticides are driving the loss of pollinator species around the world, posing a threat to “ecosystem services” that provide food and wellbeing to many millions — particularly in the Global South — as well as billions of dollars in crop productivity.

This is as per an international panel of experts, led by the University of Cambridge, who used available evidence to create the first planetary risk index of the causes and effects of dramatic pollinator declines in six global regions.

The bees, butterflies, wasps, beetles, bats, flies, and hummingbirds that distribute pollen are vital for reproducing over 75 percent of food crops and flowering plants — including coffee, rapeseed, and most fruits — are visibly diminishing the world over.

Yet, little is known of the consequences for human populations.

“What happens to pollinators could have huge knock-on effects for humanity,” said Lynn Dicks from Cambridge’s Department of Zoology.

“These small creatures play central roles in the world’s ecosystems, including many that humans and other animals rely on for nutrition. If they go, we may be in serious trouble,” said Dicks.

Dicks assembled a 20-strong team of scientists and indigenous representatives to attempt an initial evaluation of the drivers, creating risks for pollinator declines worldwide.

The top three global causes of pollinator loss are habitat destruction, followed by land management — primarily the grazing, fertilizers, and crop monoculture of farming — and then widespread pesticide use, as per the study.

The effect of climate change comes in at number four, although data are limited.

Perhaps the biggest direct risk to humans across all regions is the “crop pollination deficit,” which falls in the quantity and quality of food and biofuel crops.

Experts ranked the risk of crop yield “instability” as serious or high across two-thirds of the planet — from Africa to Latin America — where many rely directly on pollinated crops through small-holder farming.

A major 2016 report to which Lynn Dicks contributed suggested there has been up to a 300 percent increase in pollinator-dependent food production over the past half-century, with an annual market value that may be as much as $577 billion.

Reduced species diversity was seen as a high-ranking global risk to humans, which not only risks food security but a loss of “aesthetic and cultural value.”

These species have been emblems of nature for millennia, argued the experts and too little consideration is given to how their declines affect human wellbeing.

“Pollinators have been sources of inspiration for art, music, literature, and technology since the dawn of human history,” said Dicks.

“All the major world religions have sacred passages about bees. When tragedy struck Manchester in 2017, people reached for bees as a symbol of community strength.”

“Pollinators are often the most immediate representatives of the natural world in our daily lives. These are the creatures that captivate us early in life.”

“We notice and feel their loss. Where are the clouds of butterflies in the late summer garden, or the myriad moths fluttering in through open windows at night?” she said.

“We are in the midst of a species extinction crisis, but for many people, that is intangible. Perhaps pollinators are the bellwether of mass extinction.”

Loss of access to “managed pollinators” such as industrial beehives was a high risk to North American society. They boost crops including apples and almonds and have suffered serious declines from disease and ‘colony collapse disorder.’

The impact of pollinator decline on wild plants and fruits was viewed as a severe risk in Africa, Asia-Pacific, and Latin America — regions with many low-income countries where rural populations rely on wild-growing foods.

In fact, Latin America was viewed as the region with the most to lose. Insect-pollinated crops such as cashew, soybean, coffee, and cocoa are essential to regional food supply and international trade right across the continent.

It is also home to large indigenous populations reliant on pollinated plants, with pollinator species such as hummingbirds embedded in oral culture and history.

The Asia Pacific was another global region where pollinator decline was perceived to pose serious human wellbeing risks.

China and India are increasingly reliant on fruit and vegetable crops that need pollinators, some of which now require people to pollinate by hand.

The researchers cautioned that not enough is known about the state of pollinator populations in the Global South, as evidence of decline is still primarily from wealthy regions such as Europe (where at least 37 percent of bees and 31 percent of butterflies species are in decline).

Pollination deficits and biodiversity loss were seen as the most significant risks to Europeans, potentially affecting crops ranging from strawberries to oilseed rape.

“This study highlights just how much we still don’t know about pollinator decline and the impacts this has on human societies, particularly in parts of the developing world,” said Tom Breeze, the co-author and Ecological Economics Research Fellow at the University of Reading.

“While we have data on how pollinators are doing in regions like Europe, there are significant knowledge gaps in many others.”

“More research is needed on a global level so we can really understand the problems we face and how we might address them.”