Study Reveals Why Elderly At Greater Risk From COVID-19

More boosters or combining different vaccine types may work better in elderly, based on insights into the aging immune system. 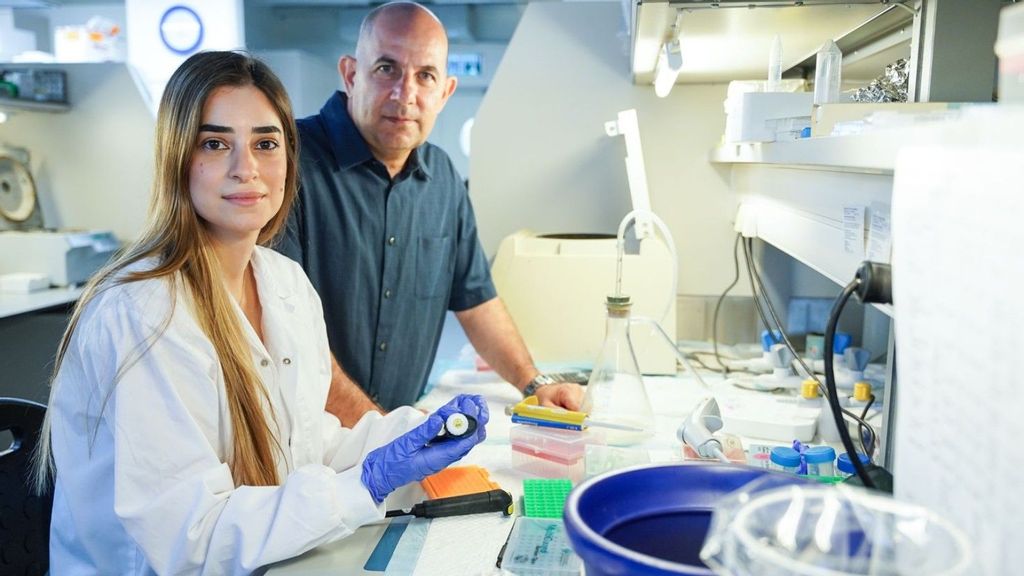 Reem Dowery (left) explored the aging process of the immune system and ways of rejuvenating it, under the guidance of immunology professor Doron Melamed. (Courtesy of Technion-Israel Institute of Technology)

The elderly population appears to be more vulnerable to COVID-19, and vaccines are less effective in protecting them. A new study explains why.

For her doctoral thesis under the guidance of immunology professor Doron Melamed, Technion-Israel Institute of Technology graduate student Reem Dowery explored the aging process of the immune system and ways of rejuvenating it.

Findings appear in the journal Blood.

Dowery explained that immune system cells called memory B lymphocytes are responsible for long-term production of effective antibodies. They form in response to a new pathogen such as a virus. Subsequent exposures to that pathogen trigger an accelerated and augmented immunity response from these memory cells for many years.

Scientists already knew that the formation of memory B lymphocytes is not as effective in elderly population, putting them at greater risk when facing new pathogens such as the SARS-CoV-2 coronavirus.

The study in Melamed’s lab revealed that as part of the aging process, existing memory B lymphocytes use hormonal signals to obstruct the production of new ones. As a result, the immune system becomes better at responding to pathogens it encountered before, but less capable of adapting to new threats.

Seeking a solution for this problem, Melamed’s lab collaborated with the departments of hematology and rheumatology at Tel Aviv Sourasky Medical Center and Rambam Health Care Campus in Haifa, respectively.

They examined elderly patients who had undergone B-cell depletion as a treatment for conditions such as lupus, lymphoma and multiple sclerosis. They found that after a significant amount of memory B lymphocytes were removed, the patients’ immune system was rejuvenated and began producing new, highly potent memory B lymphocytes again.

Meanwhile, Melamed said that the new information may affect practical changes in preventing COVID infection in the elderly.

“One good example is to adapt an appropriate vaccination strategy for the elderly. If this group of people fail to generate good long-lasting memory to COVID, perhaps by using a more frequent vaccination strategy as a preventative approach this population will be more protected,” he said.

“Another example is considering using a different vaccine technology in combination with the present mRNA-based vaccination strategy. Perhaps this may activate additional immunological paths that may compensate for altered [immune] memory formation.”

Study Reveals Why Elderly At Greater Risk From COVID-19 appeared first on Israel21C.