Popcorn With Zenger: ‘Naked Singularity’ Suffers From Too Many Subplots 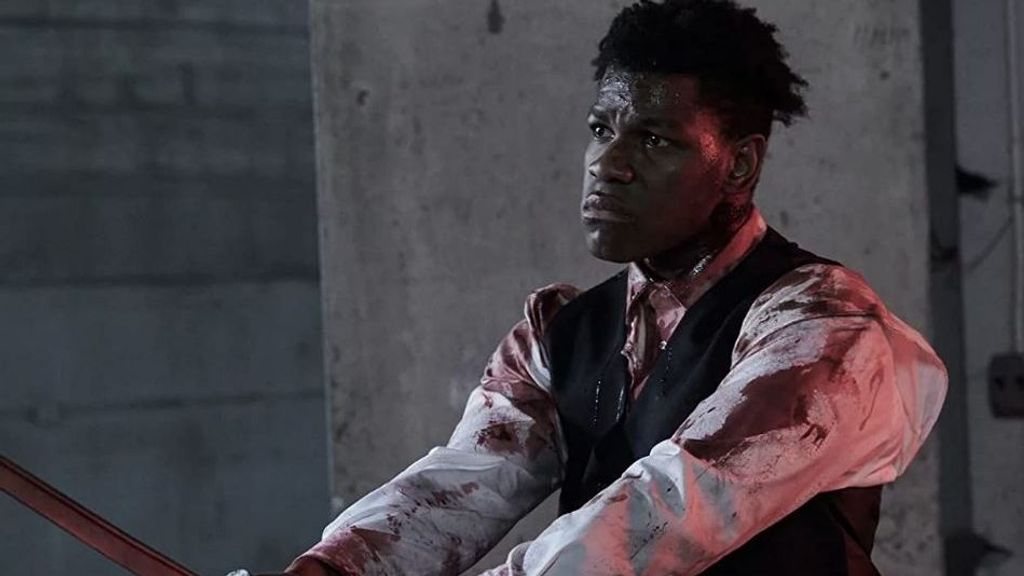 John Boyega plays a struggling public defender who's headed toward being on the wrong side of the law in “Naked Singularity.” (Screen Media Films)

This is a film that wants to be so many genres, but ultimately fails at all of them.

Sergio de la Pava’s novel “A Naked Singularity” is the highly respected, award-winning book from which this film is adapted. Screenwriter and first-time director Chase Palmer‘s only true claim to fame so far has been being one of the three screenwriters for the 2017 horror film “It.” This is yet another instance of Hollywood putting the right projects into the wrong hands.

Indeed, when you look at the names attached to the film “Naked Singularity” — John Boyega, Olivia Cooke and Bill Skarsgård — there is a strong case for it being the biggest waste of talent in 2021 thus far.

The Story: The story begins with New York City public defender Casi (Boyega), who is burned out by failing to save his clients from harsh sentences by a hard-line female judge. As his world begins to collapse, he meets a parolee named Lea (Cooke), who works for the local impound lot.

Lea is dealing with the possibility of returning to prison over a parole violation while juggling the stress of a sexually harassing boss and a hookup (Ed Skrein) who is into some dangerous stuff of his own. Lea discovers that a car in impound holds millions of dollars worth of drugs. Tempted with the possibility of leaving their lives behind, they team up with Casi’s impulsive courthouse pal Dane (Skarsgård) in order to rob the criminal element and ensure their ticket to freedom.

Bright Spots: It is weird to watch a bunch of English people in a film about the American justice system, but here we are. With a cast as strong as the one assembled here, there is little surprise about who carries this film.

Boyega has been severely underutilized in his career. He carries the strongest part of the film, which is the opening act. “Naked Singularity” draws many comparisons to 2017’s legal drama, “Roman J. Israel, Esq.” by showcasing the life of a public defender tempted by wealth. Boyega does a great job establishing the film’s setting and showcases the frustration of constantly coming up short in a broken system.

On the same note, Cooke excels at the task of carrying the film’s plot in what is almost an example of yin and yang. The individual stories of both characters are solid enough to take place in separate movies, but everything about this film falls apart when rookie director Palmer tries to piece everything together.

Weak Spots: “Naked Singularity” suffers from several subplots too many, which results in an unfocused, incoherent mess. On one hand, you have a public defender dealing with the front lines of a broken judicial system. Next, you have a young woman who is dealing with the consequences of her own actions (and the guys she sleeps with). Somewhere in the background, there is a story about stealing drugs from a band of criminals, and by the time the end credits roll, you’ll wonder what any of these stories had to do with one another.

The tone is all over the place, so you never know when or if you should be taking the film seriously. One moment Boyega is fighting the system in the courts in some hard-nosed commentary on the power of abusive judges and by end of the film, his character becomes a complete cartoon who stabs people with a katana while throwing up at the violence. Many elements of this movie work, they just don’t work in the same movie.

The Takeaway: “Naked Singularity” wants to be something, but has no idea what that something is. What it becomes is a half-hearted attempt at social commentary mixed with a half-hearted heist film.

See or Skip: “Naked Singularity” is 40 percent of an interesting movie, but until they find the remaining 60 percent, there isn’t anything here to recommend for viewers.