After allegations of whitewashing, the second season brings back the Latina spirit. 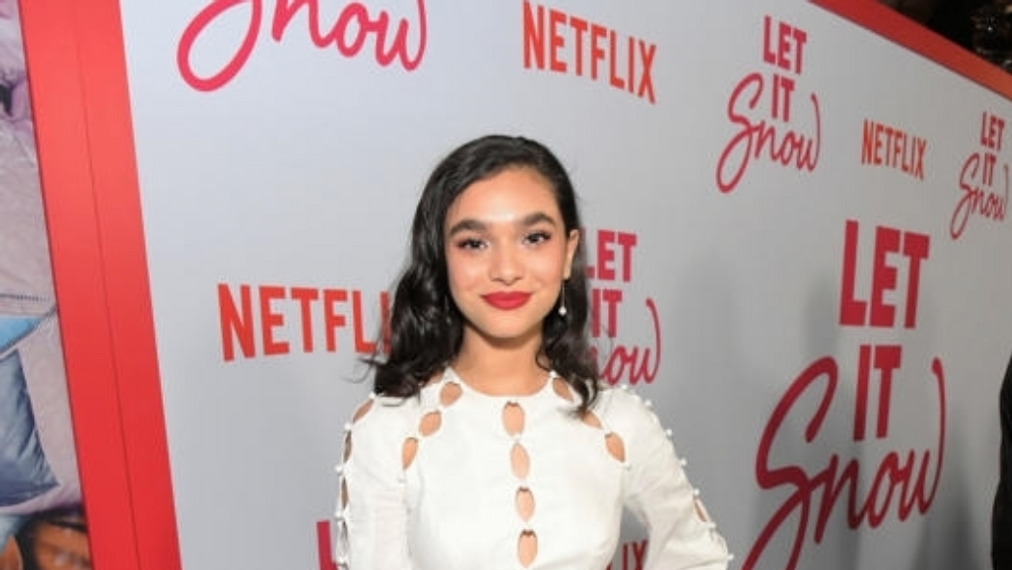 Paulina Chavez, starring as Flora in Netflix’s ‘Fate: The Winx Saga,’ attends one of the streamer's premiere in Los Angeles in November 2019. (Charley Gallay/EPK.tv)

Production of the second season of the Netflix supernatural series “Fate: The Winx Saga” has begun — and actress Paulina Chavez stands out as one of three new faces.

Chavez is Flora, the fairy of nature from the planet Lynphea that draws her power from plants. She makes her first appearance in the popular teen series.

Flora, widely believed to be Latina, was magically absent in season one, despite being among the original pixies of the Nickelodeon animated series “Winx Club,” which served as the basis for the Netflix live-action drama. (The animated Flora was reportedly inspired by Jennifer Lopez and voiced by actress Alejandra Reynoso.)

Instead of Flora, who appeared in all eight seasons of “Winx Club,” the producers created Terra, a new character played by Salt, who was introduced incidentally as Flora’s cousin.

The replacement did not escape the attention of the series’ fans, who asked what happened to three of their favorite fairies: Flora, Musa, considered to be Asian (now played by Applebaum), and Tecna, the fairy of technology that vanished from the new show.

Now, Chavez’s live-action Flora may be decorating her room as if it were a greenhouse, protecting her friends and the environment, using her herbology expertise for good.

“I feel great,” said Chavez in a video the streamer tweeted this week showing cast members coming together for a table read in Ireland, where the production is taking place.

Chavez comes into “Fate: The Winx Saga” after recently playing the lead in another Netflix series, “The Expanding Universe of Ashley Garcia,” created and executive produced by Daytime Emmy Award-winning “Extra” host and actor Mario Lopez (“Saved By the Bell”). Chavez’s role as a teen science prodigy earned her a nomination for an Imagen Foundation Award.

The 19-year-old actress also co-starred with Lopez in the Christmas movie “Feliz NaviDAD,” directed by Melissa Joan Hart and written by Aliza Murrieta and Peter Murrieta.