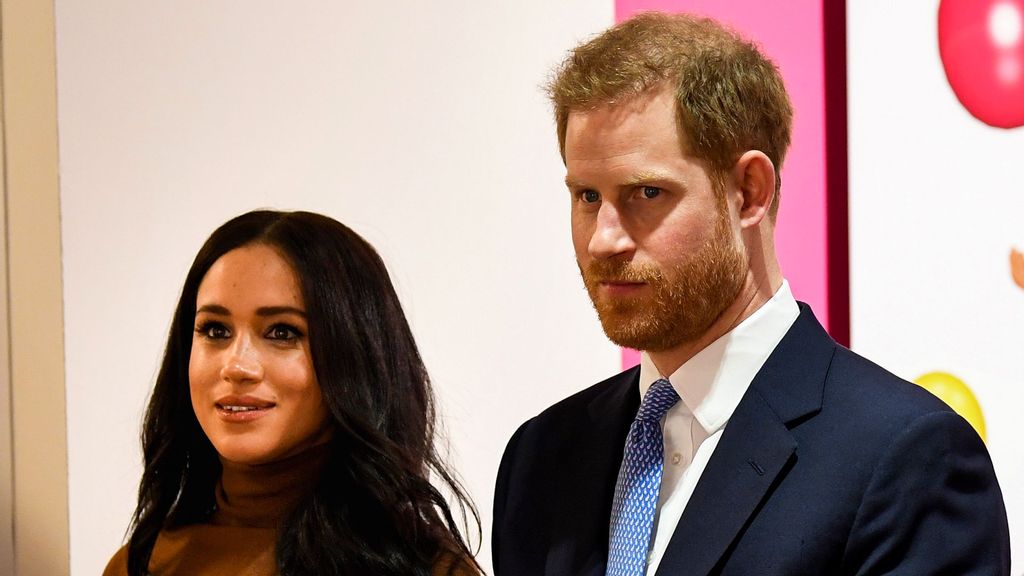 The Duke and Duchess of Sussex, Meghan Markle and Prince Harry posted a joint statement on their Archewell Foundation website encouraging followers to unite and support organizations doing critical work to help those in need. (DANIEL LEAL-OLIVAS - WPA Pool/Getty Images)

WASHINGTON — Meghan Markle and Prince Harry have spoken out about the Taliban seizing power in Afghanistan and calamity-stricken Haiti.

The Duke and Duchess of Sussex posted a joint statement on their Archewell Foundation website encouraging followers to unite and support organizations “doing critical work” to help those in need.

“The world is exceptionally fragile right now,” the statement read.

“As we all feel the many layers of pain due to the situation in Afghanistan, we are left speechless. As we all watch the growing humanitarian disaster in Haiti and the threat of it worsening after last weekend’s earthquake, we are left heartbroken. And as we all witness the continuing global health crisis, exacerbated by new variants and constant misinformation, we are left scared.”

“When any person or community suffers, a piece of each of us does so with them, whether we realize it or not. And though we are not meant to live in a state of suffering, we, as a people, are being conditioned to accept it. It’s easy to find ourselves feeling powerless, but we can put our values into action — together.”

“To start, we encourage you to join us in supporting a number of organizations doing critical work. We also urge those in positions of global influence to rapidly advance the humanitarian dialogues that are expected to take place this fall at multilateral gatherings such as the U.N. General Assembly and the G20 Leaders’ Summit.”

“As an international community, it is the decisions we make now — to alleviate suffering among those we know and those we may never meet — that will prove our humanity,” the statement concluded.

The message comes after Harry recently issued a joint statement with Dominic Reid, the Chief Executive Officer of the Invictus Games Foundation.

The 36-year-old previously served in the British Army for a decade, including two deployments in Afghanistan.

In it, they call on the international community, particularly those who have served or whose family members have served in the country, to reach out to one another as emotions flare regarding the Taliban takeover.

The Duke of Sussex founded the Invictus Games in 2014 to use athletics and competition to inspire service members to recover both physically and mentally from injuries suffered in combat.

The Taliban moved into several cities of Afghanistan in recent weeks, culminating in the takeover of the capital city of Kabul over the weekend. The city’s fall triggered the collapse of the government as United States forces continued their planned withdrawal.

Separately, Tropical Storm Grace also swept over Haiti with drenching rains just days after a powerful earthquake battered the impoverished Caribbean nation, adding to the misery of thousands who lost loved ones, suffered injuries or found themselves homeless.

Heavy rain and strong winds overnight whipped at the country’s southwestern area, hit the hardest by the Aug. 14, 2021 quake, and officials warned that rainfall could reach 15 inches in some areas before the storm moved on. Port-au-Prince, the capital, also saw heavy rains. Grace regained tropical storm status after falling to the level of a tropical depression.

The storm arrived on the same day that the country’s Civil Protection Agency raised the death toll from the earthquake to 1,419 and the number of injured to 6,000, many of whom have had to wait for medical help lying outside in wilting heat.

Officials said the magnitude 7.2 earthquake destroyed more than 7,000 homes and damaged nearly 5,000, leaving some 30,000 families homeless. Hospitals, schools, offices, and churches also were demolished or badly damaged, as per reports.

The quake nearly wrecked some towns in the latest disaster to befall the Western Hemisphere’s poorest nation. Haitians already were struggling with the Covid-19 pandemic, gang violence, worsening poverty, and the July 7, 2021, assassination of President Jovenel Moise.