In the snap, Kardashian can be seen sporting cream-colored lingerie while flaunting her curves in black pantyhose and heels.
By Zenger News Desk August 18, 2021
Facebook
Twitter
Linkedin
Email 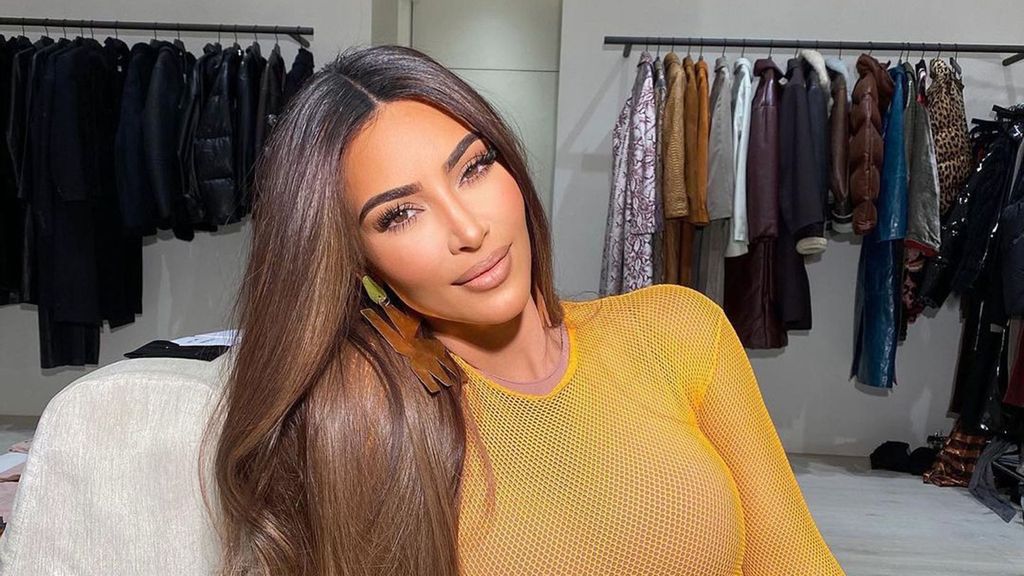 The “SKIMS” founder took to her Instagram handle and dug out a picture from her early days in Hollywood.

In the snap, Kardashian can be seen sporting cream-colored lingerie while flaunting her curves. The beauty mogul paired the outfit with black pantyhose and heels while giving major retro vibes.

“My first photo shoot ever!!! (sic)” she captioned the picture.

The picture garnered more than 2 million likes within a few hours of being posted on the photo-sharing platform.

Friends and fans left a string of comments on the picture, praising and supporting Kardashian.

Kardashian has appeared on several magazine covers since her initial modeling days. Apart from owning a cosmetics brand, she also runs her own fashion line, “SKIMS,” which appears on her Instagram handle.

On the personal front, Kardashian recently opened up about how ex-husband, singer-rapper Kanye West taught her to become more confident and not care what others think.

The “Keeping Up with the Kardashians” star got candid while chatting on the “We Are Supported By&mldr;” podcast with Monica Padman and Kristen Bell. The 40-year-old star revealed that she was conscious about how she was perceived in 2006 when she started shooting the reality show but changed when she began dating West in 2012.

“I got to a point — and maybe [it was] being in a relationship with Kanye for a decade, someone that absolutely didn’t care about likeability factor or what any of perception of him was as long as he was true to himself — that taught me so much in the best way of just being me and living in the moment,” she said.

She also said that she “used to be such a people pleaser” but has since learned the importance of “just being myself first,” irrespective of other people’s thoughts.

“You don’t have to please everyone,” she said.

“As long as I’m myself and as long as I’m doing it the way that I want to, like, you have one life, and you’re living it for you. That taught me just to be more confident in myself and truly not care as much of what other people thought.”

The duo that tied the knot in Florence, Italy, in May 2014, reportedly parted ways in January 2021 after being married for seven years.

Kardashian filed a divorce in February 2021, but the ex-couple have maintained amicable relations in the public eye ever since.