The school prepares students for enrollment into defense and naval academies. 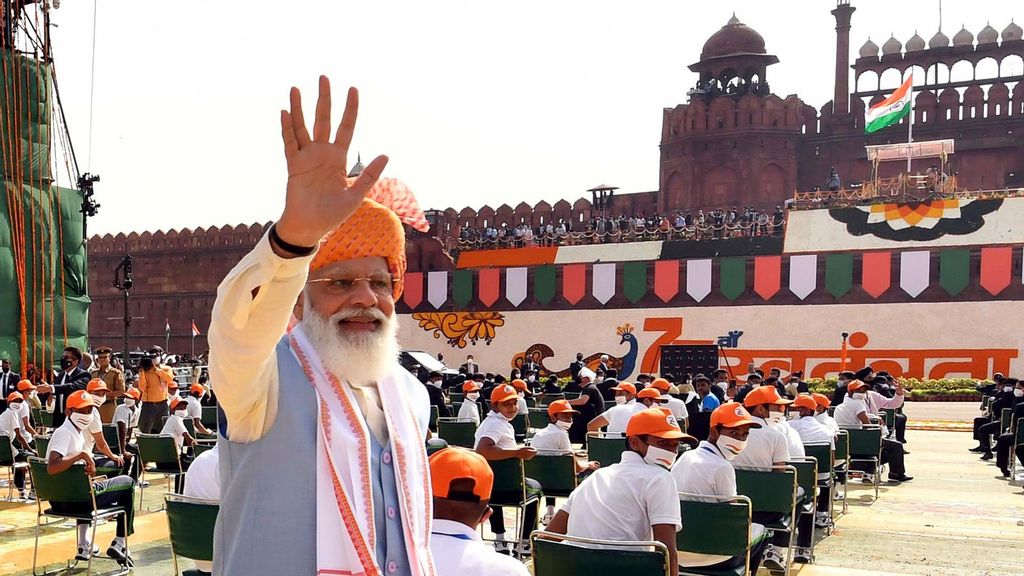 The Prime Minister, Narendra Modi after addressing the Nation on the occasion of 75th Independence Day from the ramparts of Red Fort, in Delhi on Aug 15, 2021. (Press Information Bureau)

A Sainik School is a school designed to prepare students for enrollment into the National Defence Academy (NDA) or the Indian Naval Academy (INA). Sainik Schools as managed jointly by the Ministry of Defence’s Sainik School Society and state governments.

“The government has decided that doors of every Sainik School will now be open for girl children,” said Modi in the customary prime ministerial address 75th Independence Day from Red Fort in New Delhi.

Modi said that he had been receiving requests from girls across the country expressing their aspiration to study in Sainik Schools.

“I used to get messages from lakhs of daughters that they too want to study in Sainik Schools. The doors of Sainik Schools should be opened for them too,” the Prime Minister said.

“About 2-2.5 years ago, the experiment of admitting girls was done for the first time in Sainik School in (the state of) Mizoram.”

Currently, 33 Sainik Schools are spread across the country, which are funded by the state and the central governments for funding that helps build infrastructure and give scholarships to graduates.

“It is a welcome announcement that all Sainik Schools will do that now. This announcement should be immediately followed by infrastructural expansion with new blocks for girl students.”

“It will also require separate facilities wherever necessary or necessary changes if the existing facilities are to be shared. Necessary additional appointments of women trainers and medical officers will also be necessary. “

Modi, speaking about the National Education Policy, said that it will become a major force in the fight against poverty.

“Today, the country has a new National Education Policy to meet the needs of the 21st century,” Modi said.

“The National Education Policy 2020 will become a major force in the fight against poverty.

“When daughters and sons of poor families will become professionals after studying in their mother tongue, then justice will be done to their ability.”

Laying emphasis on the “special feature” of policy, Modi said: “There is another special feature of the new National Education Policy—in this, sports have been made a part of mainstream education instead of extracurricular. Sports are also one of the most effective means of moving forward in life.”