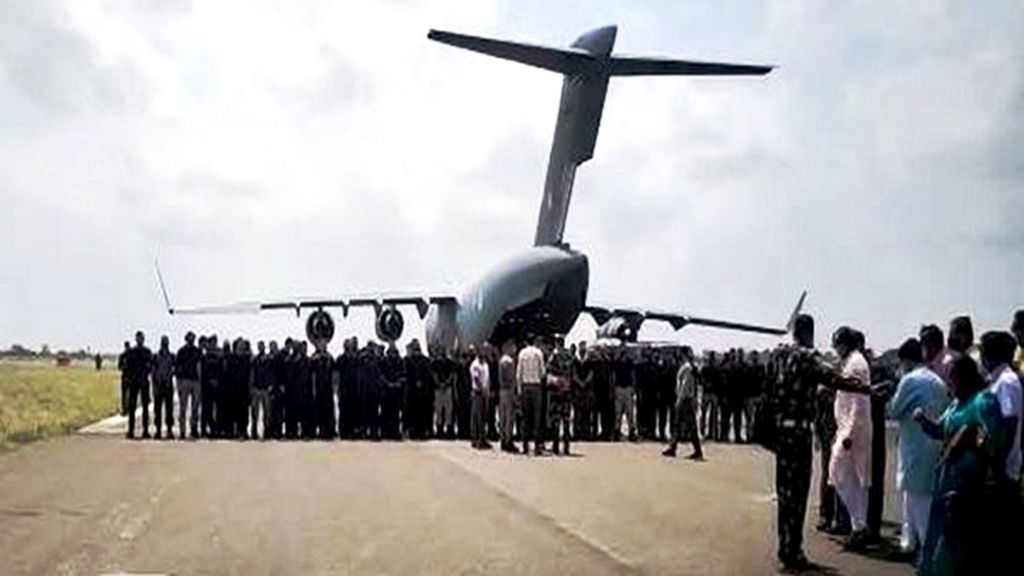 NEW DELHI — As the situation evolves in the war-torn country after the Taliban takeover, India is exploring options to hire charter planes to evacuate more Indians from Afghanistan.

Earlier on Aug. 18, an Indian Air Force C-17 Globemaster with 120 people, including the Indian ambassador and embassy staff, landed at Jamnagar airbase from Afghanistan.

The sources said that India parked its C-17 at Ayni Air Base in Tajikistan for evacuations as there was a massive rush at Kabul airport in Afghanistan.

Indian aircraft were on standby at Ayni Air Base, and the C-17 flew to Kabul when cleared by the U.S., which is controlling Kabul Airport.

Taliban entered Kabul on Aug. 15 and took control of the presidential palace. An Air India flight had earlier brought 129 passengers from Kabul to Delhi.

Given the deteriorating security situation, India has been issuing periodic travel and security advisories for all Indian nationals in Afghanistan.

The Indian Air Force has a fleet of 11 C-17 Globemaster IIIs. Boeing has also established an in-country C-17 simulator training center which has completed thousands of training hours for aircrews and loadmasters.

The Taliban, which has between fifty-eight thousand and one hundred thousand full-time fighters, is stronger now than at any point in the last twenty years.

As the United States has withdrawn its remaining forces from Afghanistan, the Taliban has increased attacks on civilians, seized control of critical border crossings, and dramatically expanded its presence throughout the country.

“In July 2021, the group controlled an estimated 54 percent of Afghan districts, according to the Foundation for Defense of Democracies Long War Journal, a U.S.-based publication that has covered the U.S. fight against al-Qaeda and other militant groups since 2007; just months earlier, it controlled only 20 percent” states a report by Council on Foreign Relations.

“By midsummer 2021, sixteen of the country’s thirty-four provincial capitals were at risk of falling under Taliban control.”

India’s Ministry of External Affairs has been very active in evacuating Indians from Afghanistan and has even started a helpline for the same.

“The email id of the Situation Room is working fine, and emails are also being responded to. I just tried using both my official and personal IDs. It could have been a temporary server,” tweeted Sanjeev Gupta, CEO of Digital India.