If I Can, Why Not You: World No.3 Para-Badminton Player Inspires Indian Youth 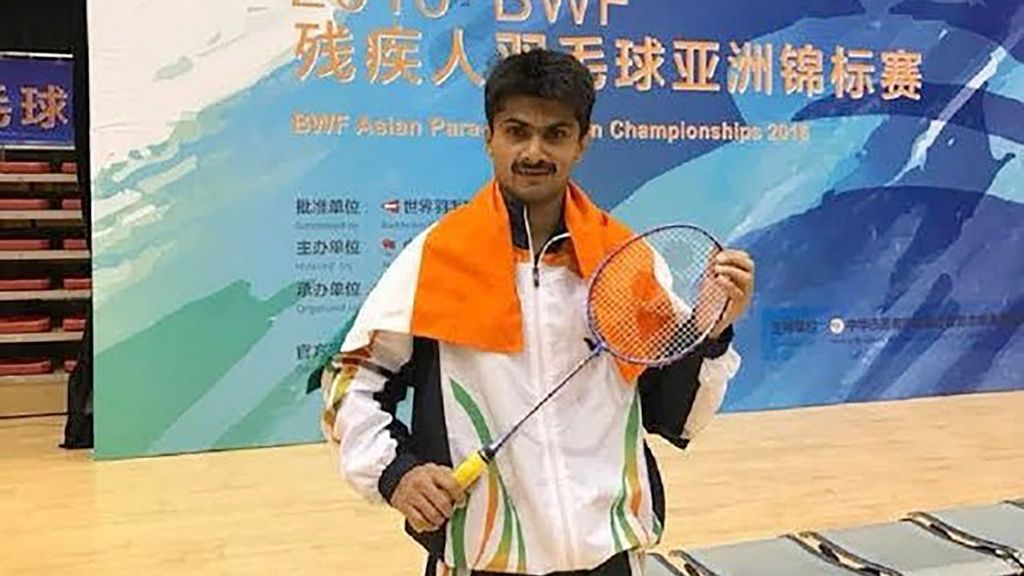 The District Magistrate of Gautam Buddha Nagar (also known as Noida), a satellite town near the Indian capital Delhi, never let one-legged congenital deformity come in his way of medals, honors, and successes.

“I want to thank God for this because when I used to study, I didn’t think of becoming a district collector,” said the Gautam Buddha Nagar District Magistrate.

“It was a dream come true, and then I got the opportunity to participate in civil service.”

“There was also an opportunity to go to the highest competition of sports. I want to say to all the people, and especially the youth, that whatever you want to do in life, try to do that. Because sometimes we win, sometimes we lose in life.”

“But one should never back down from the effort. I want to say to all the youth [out there]: I studied in a normal school college, joined civil services, and now I am going to Paralympics, then why not you. You can also do it by trying,”

Yathiraj said if someone really loves their occupation, a whole day of working and then watching movies “never gives you stress.”

“I love my work, so I don’t get tired while working also while practicing badminton. Badminton is a spiritual exercise for me. It kind of feels like meditation to me. Everyone has 24 hours a day, some people do, some people make excuses for that.”

He stressed the importance of time management for anyone who seeks to juggle a career with a hobby or another degree, perhaps.

“I believe that time management has to be given priority if you want to do things together, it is not a problem,” said Yathiraj.

“When every youth enters high school, they don’t know what to do in life, my family wanted that I should become a doctor, I also gave medical entrance test, later I felt that I do not like engineering more.”

“After doing computer engineering for a year, I felt that there is something missing in my life,” said the IAS officer of the 2007 batch. “Then my inclination towards civil services increased. At that time, I started my preparation.”

Responding to a request for a message for the insecure differently-abled persons, Yathiraj said: “Not only handicapped but [for] every person who lacks something, it is natural to have this insecurity.”

“I feel that their parents should be so confident about them that their insecurities take a back seat, and they can touch the sky. When we think that we lack something, then we will not be able to do anything in life.

“I want to thank my father. When I was young, he was so confident about me. He never allowed me to feel that I am disabled. Criticism and praise are always two sides of a coin. Some people in society will call you good and some bad. We should never become weak by all these things,” Yathiraj said.

Yathiraj rose to fame after bringing home a gold medal from the 2016 Asian Para-Badminton Championships in Beijing while serving as the District Magistrate in the northern Indian state of Uttar Pradesh’s Azamgarh. He received the state’s highest civilian honor, “Yash Bharti,” in December 2016 for his incredible feat.

The 38-year-old Paralympian is one of the seven shuttlers—five men in the men’s singles category and a women’s doubles pair—who will represent India at the Tokyo Paralympic Games scheduled from Aug. 24 to Sept. 5. India will start its campaign on Aug. 27 with men’s and women’s archery events.