Human remains were found in a C-17 Globemaster's wheel well that flew from Kabul on Aug.15, the US Air Force said.
By Zenger News Desk August 18, 2021
Facebook
Twitter
Linkedin
Email 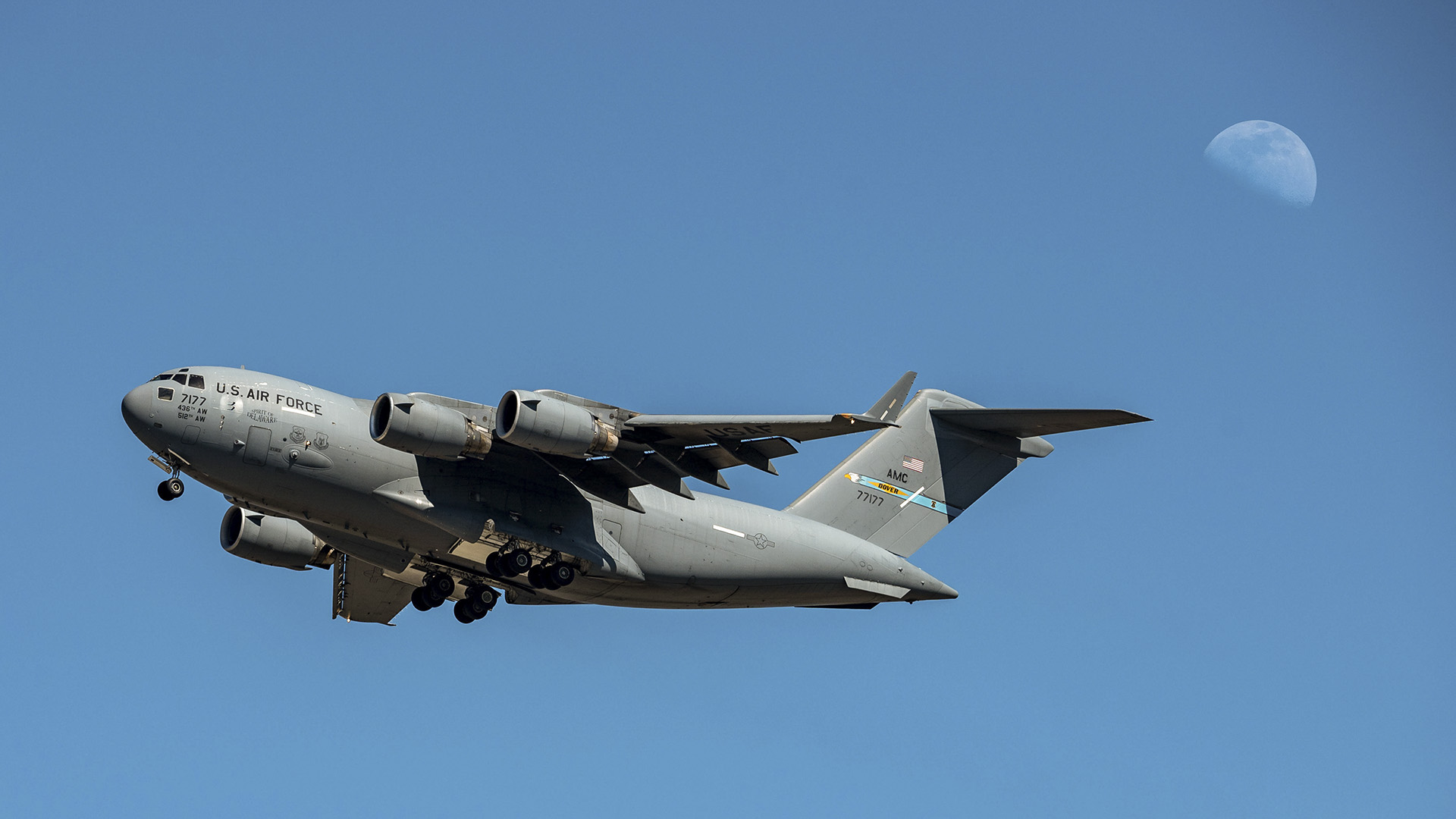 (Representative Image) "Human remains were found in the wheel well of a C-17 Globemaster that took of from Kabul on Aug. 17 and landed at Al Udeid Air Base, Qatar," U.S. Air Force said in a statement. (U.S. Air Force photo by Senior Airman Christopher Quail)

WASHINGTON — The wheel well of a C-17 Globemaster flight that flew from Afghanistan’s capital Kabul to Al Udeid Air Base in Qatar found human remains along with it after the landing.

“Human remains were found in the wheel well of a C-17 Globemaster that took of from Kabul on Tuesday (Aug. 17) and landed at Al Udeid Air Base, Qatar,” U.S. Air Force said in a statement.

This comes after a shocking video appeared on the internet on Aug. 16 showing that at least three Afghans fell from the C-17 Globemaster soon after the plane took off from Kabul airport as they had clung to the underbelly of the aircraft in an attempt to flee the country.

“A US Air Force C-17 Globemaster III landed at Kabul’s Hamid Karzai International Airport on Aug.15 to deliver a load of equipment to support evacuation. Before the crew could offload, hundreds of Afghans surrounded the aircraft. Due to the deteriorating situation, the crew departed the airfield as quickly as possible,” said the U.S. Air Force.

“In addition to the videos seen online, human remains were discovered in the wheel well of C-17 after it landed at Al Udeid Air Base, Qatar.”

U.S. officials are doing due diligence to understand better how events unfolded.

A video in which desperate Afghans who had clung to the underbelly of a C-17 Globemaster falling from the plane had gone viral on Aug. 16.

It appeared that desperate Afghans were clinging on to either the undercarriage of the C-17 or the landing gear of the transport plane when they got flung out due to the huge G-force exerted during take-off.

At least ten people were killed, and several were injured at Kabul airport in the last two days as thousands tried to catch flights in an attempt to flee the country soon after the Taliban captured Kabul.

“As of (Aug. 16) morning, the Hamid Karzai International Airport in Kabul is open, and 3,500 troops are on the ground,” tweeted The White House.

On Aug. 17, U.S. Air Force has evacuated approximately 600 passengers with the help of their aircraft.

As the terror group seized Kabul on Aug.15, thousands of people rushed to the airport to flee the country. Officials believe that people were misinformed about the availability of flights at the airport.