Due to the change in power in Afghanistan, the future of 130 soldiers training in academies of Indian defense forces is uncertain.
By Zenger News Desk August 18, 2021
Facebook
Twitter
Linkedin
Email 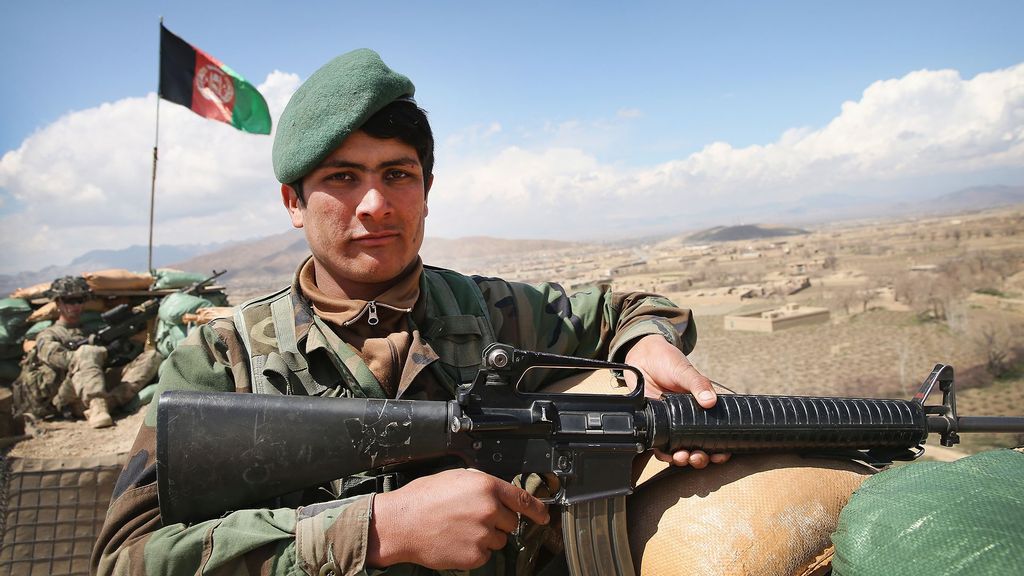 A soldier with the Afghan National Army (ANA) keeps watch from an outpost near Forward Operating Base (FOB) Shank near Pul-e Alam, Afghanistan. (Scott Olson/Getty Images)

NEW DELHI — The future of around 130 soldiers training in different academies of Indian defense forces is uncertain due to the change in power in Afghanistan, informed the Army sources of Afghanistan on Aug. 17.

The Indian defense forces have been training the Afghan cadets as a part of the capacity-building program for over a decade in different military skills at its academies.

“The future of these soldiers and cadets is uncertain. It is not yet clear whether they would be allowed to return to their country or what they would do when they return as the power is now in the hands of the Taliban Army against whom they were supposed to fight after joining their organization,” sources said.

As per the sources, the highest number of Afghan students are in the Indian Military Academy in Dehradun with 80 cadets, while the remaining 50 are in the Officers’ Training Academy, training establishment of the Indian Army that trains officers for the Short Service Commission in Chennai and National Defense Academy, a joint services training academy of the Indian Armed Forces.

It is located near the western Indian city, Pune.

Sources said one of the possibilities could be that they get accommodated into the Taliban army, as has been the case with several Afghan military officials, but that is still uncertain. A lot will depend upon the outcome of the talks between different Afghan factions.

The soldiers are part of Indian capability-building efforts under which thousands of Afghan soldiers have been.

They were getting training at different academies for fighting against the Taliban under the American alliance. However, when the war broke out, it emerged that the Afghan Army meekly surrendered before the numerically inferior Taliban Army, and all their weapons and equipment have fallen in the hands of the Taliban terrorists.

The speed at which the Taliban moved and captured city after city even took the American forces by surprise who were on their way out of Afghanistan after spending 20 years.

The Afghan National Army was the land warfare branch of the Afghan Armed Forces.

In April 2021, it was informed that the Afghan Army will be taking assistance and training in India.

“H.E. Mr Farid Mamundzay, Ambassador of #Afghanistan to #India called on General MM Naravane #COAS and discussed issues of bilateral #Defence cooperation. #IndiaAfghanistanFriendship #IndianArmy” read a tweet by the office of the Additional Directorate General of Public Information, dated back in April.

«Previous Post
Will Cooperate With Future Afghan Government If Rights Are Respected: European Union»Next Post
Human Remains Found In Wheel Well Of Military Plane That Departed From Kabul For US