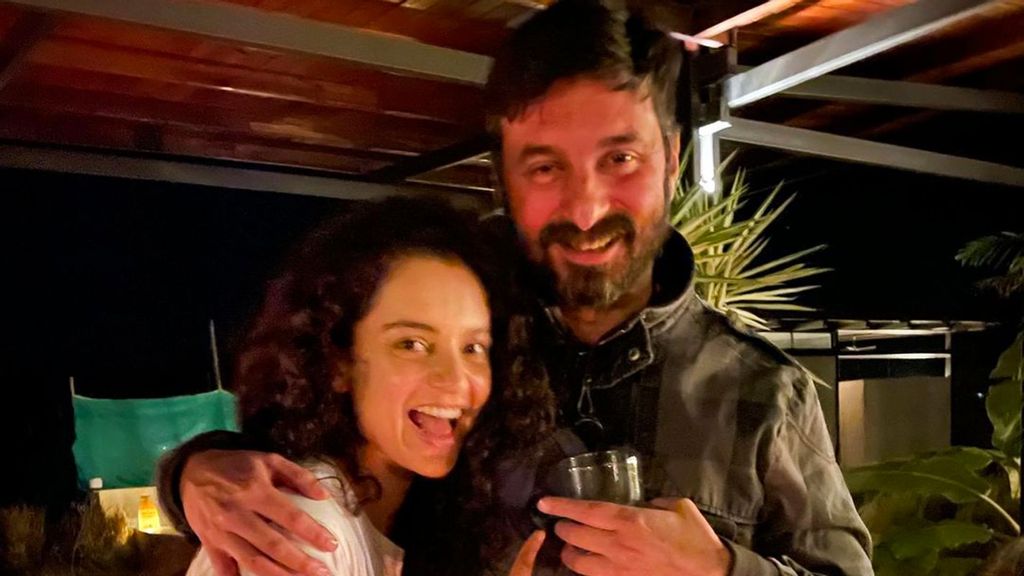 Filmmaker Razneesh Ghai took to his social media handle to dedicate a special appreciation note to Kangana Ranaut who is playing the lead in the movie. (Kangana Ranaut, @kanganaranaut/Instagram)

Ghai took to his social media handle to pen a special appreciation note for Ranaut, who plays the lead in the movie.

Taking to his Instagram story, he shared a picture with Ranaut and thanked the National award-winning actor for believing in a debutant director like him.

“Thank you so much Kangana for this incredible journey… and thank you for believing in a rookie director (sic),” he wrote.

“You have outdone yourself in this movie. Shine on… your performance in this movie is top-notch like always. A new action star is born (sic).”

In the upcoming film, Ranaut will be seen essaying the role of an agent called Agni. She shared the picture of her look on her Instagram handle and said that Agni would live beyond this film.

In the picture, Ranaut can be seen staring at the sun with a tattoo on the nape of her neck and a messy braided hairdo.

“As the shoot is about to come to an end, she will live in me beyond the film&mldr;. She will rise in spite of herself and her inner demons #Agni #Dhaakad (sic),” she wrote alongside the picture.

Ranaut, on Aug. 12, 2021, celebrated the wrap-up of “Dhaakad” in Budapest, Hungary. The actor took to her Instagram stories and posted several pictures and snippets from her last day at the set.

“It’s a wrap for me. Missing them already,” Ranaut wrote alongside one video.

In the pictures, Ranaut is wearing a white corset bralette that she teamed with matching pants. She completed the look by accessorizing it with gold jewelry and sporting a high bun.

She posted a picture of her look on her Instagram handle and captioned it with a quote from Indian poet Mirza Ghalib.

“Mohabbat mein nahi hai farak jeene aur marne ka, usi ko dekh kar jeete hain jis kafir pe dum nikle -Ghalib (When it comes to love, there is no difference between being alive and dying. We live by seeing the face of the infidel we throw our lives upon),” she wrote.

Helmed by Ghai, “Dhaakad” will be a spy thriller based on themes like child trafficking and atrocities against women.

The film, which also stars Arjun Rampal and Divya Dutta in pivotal roles, is produced by Sohail Maklai and Deepak Mukut.

Apart from “Dhaakad,” she will next be seen in “Thalaivi,” “Tejas,” and “Manikarnika Returns: The Legend Of Didda,” and “Aparajitha Ayodhya.”