Kenyan farmers were furious that donkeys were being stolen and sold to abattoirs who sold animal meat and skins to China.
By Thomas Wanjala August 18, 2021
Facebook
Twitter
Linkedin
Email 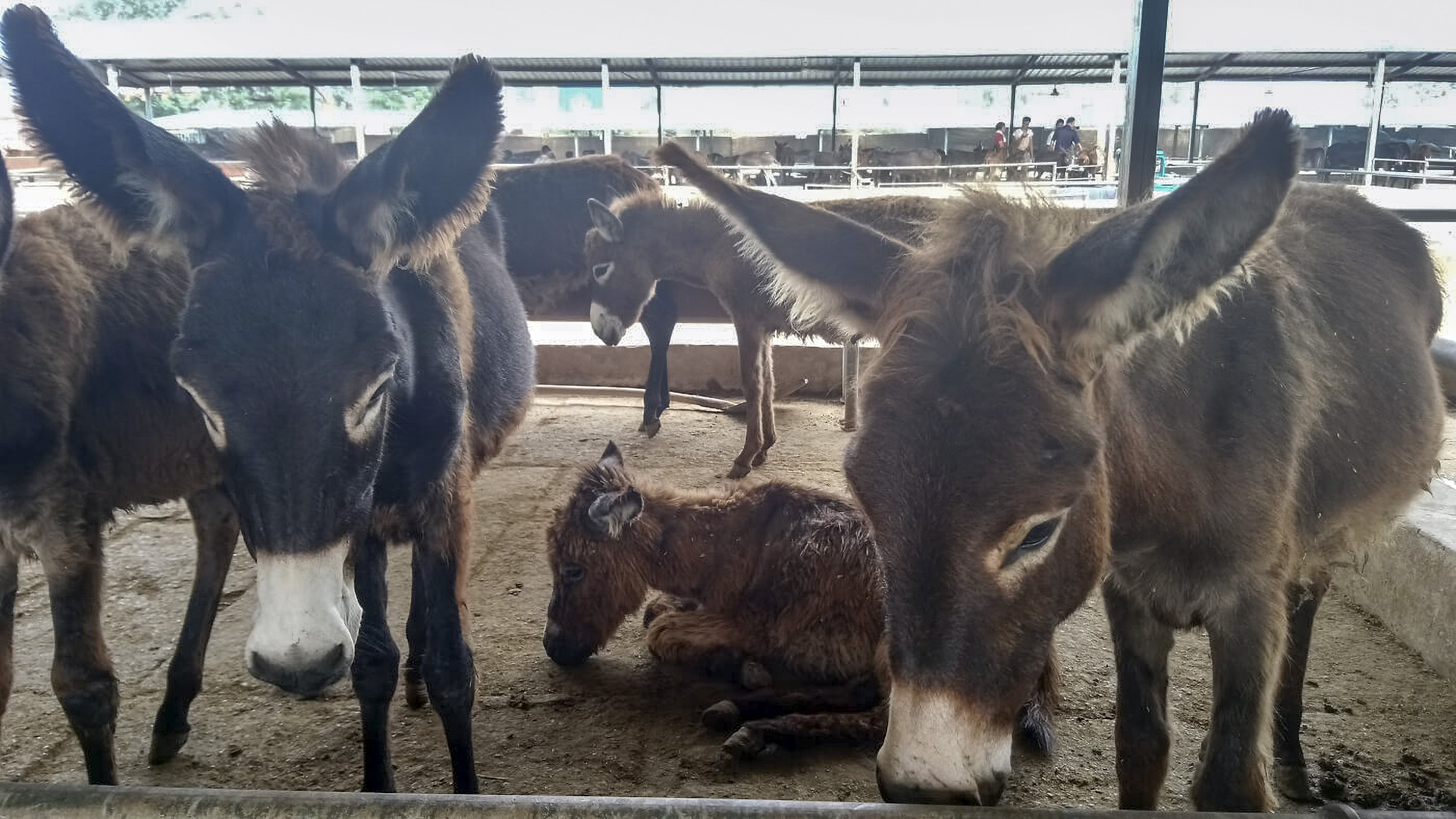 The government of Kenya imposed a ban on all abattoirs in the country, citing a threat of extinction if China will continue buying donkey meat and skins. (Courtesy of Donkey Sanctuary Kenya)

NAIROBI, Kenya — Francis Lokichang, 45, from Lodwar in Kenya’s far-flung Turkana County, is a relieved man after the government defied a court order and declined to renew the licenses of four Chinese-owned firms for the commercial slaughter of donkeys.

Lokichang, a father of seven, has been keeping donkeys for more than a decade and owns 34 animals, his main source of income.

“We have unreliable means of transport in this area,” he told Zenger News.

“Therefore, donkeys come in handy when fetching water from far-off areas, and also when transporting goods and people from one area to another. We hire them out sometimes to earn some money.”

Lokichang says that before Silzha Limited, a Chinese-owned donkey slaughterhouse, opened its doors in Lodwar 2017, he had around 80 donkeys. However, his donkeys started disappearing soon after the firm began operations.

“It took time for me to realize that my donkeys were being stolen at night by locals, who later sold them to the slaughterhouse. From 2016 to 2018, I lost more than 36 donkeys,” he told Zenger News.

Lokichang said tens of other donkey owners lost animals, forcing them to report to authorities.

“Our pleas fell on deaf ears. We took the matter into our own hands by organizing demonstrations to force the government to ban the Chinese slaughterhouses.”

The donkey ranked as the most important livestock to many Kenyans compared to chicken, goats, sheep, cows, and ducks, according to a 2019 joint report by the Kenya Agricultural and Livestock Research Organization and Brooke, a horse, and donkey advocacy organization.

“The donkey was a source of livelihoods for the community generating a mean income of Sh11,390 [$104] per month,” said the report.

With an available market for donkey meat and hides in China, the Kenyan government legalized abattoirs in 2012.

However, this legalization threatened the population of donkeys in Kenya, said Josiah Ojwang, the program’s director for the African Network for Animal Welfare.

“When the Chinese investors set up the abattoirs, we witnessed a rapid decline in the number of donkeys,” he told Zenger News.

“The number of donkeys that were slaughtered daily was very high. It was just a matter of time before we experienced community conflicts as a result of theft and cross-border smuggling of donkeys.”

A total of 301,977 donkeys, representing 15 percent of the donkey population, were slaughtered in four export slaughterhouses from April 2016 to December 2018, according to the Kenya Agricultural and Livestock Research Organization-Brooke report.

“Projection of donkey slaughter and population revealed that by 2022, all donkeys would have been slaughtered, holding all factors constant,” said the report.

The slaughterhouses faced resistance from the locals who claim that they will finish donkeys—their source of livelihood.

“I had seven donkeys before the Chinese set up this factory,” he told Zenger News.

Ojwang said donkey meat and hides are in demand in China, where ejiao, medicinal gelatin, is extracted from donkey hide.

“They boil donkey skins to extract essential ingredients used as healthy foods and for medicinal purposes.”

Over 1,000 donkeys were being slaughtered daily in Kenya before the ban, figures from Brooke show.

“I can proudly say that we were involved in many ways in forcing the Kenyan government to ban all abattoirs in the country,” Fred Ochieng, Brooke East Africa’s chief executive officer, told Zenger News.

The government did not consider other factors, such as the possible extinction of donkeys, when allowing the commercial slaughter of the animals in 2012, according to Munya.

“If we give licenses to these abattoirs, Kenya will soon lack donkeys. We must protect them as they support families’ livelihood by helping out in daily activities.”

Abattoir owners challenged the government’s ban in court, which ruled in favor of the slaughterhouses in May 2021, but the government insists they will not resume operations.

“The courts do not make policies; the government does,” Munya said during a public function in Nakuru County on July 30, 2021.

“When the trade was banned, it was a move to allow replenishment of donkey population, which were already dwindling at the time.”

However, the owners of four affected abattoirs are still engaging the government about resuming business, according to George Ogolla, general manager at Goldox Kenya Limited.

“I assure you that it is not easy [convincing the government],” he told Zenger News.

“We were forced to lay off almost all our workers because of the government’s directive. I will lose my job, too, if the government remains adamant.”

China is Kenya’s largest creditor. The East African country presently owes 72 percent of its bilateral debt and 21 percent of its overall debt to China.

Most of the loans Kenya borrowed from China are for key infrastructure projects, such as the $3.8 billion, 480-kilometer [298-mile] Standard Gauge Railway from the port city of Mombasa to Nairobi.

“Kenya must be cautious, lest it faces a ban on some of her products sold in China,” Shikwati told Zenger News.

“We depend on China in so many ways, and I am sure that our government will soon resolve the stalemate amicably.”